Criticizing the Logic of the Atonement (2 of 2) 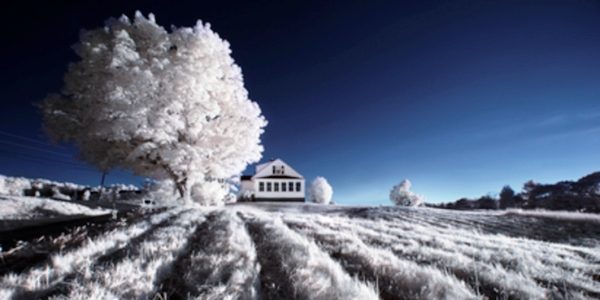 The Christian atonement is the reconciliation of humans to God through the death of Jesus. Let’s conclude our analysis of a discussion between Christian apologist Greg Koukl and skeptic Frances (part 1 here).

Some get heaven … and some don’t

Frances gave as an example twin children who each did the same bad thing. It would be unfair to punish one but not the other. Even if the punishment were appropriate, that doesn’t excuse the dissimilar treatment.

Koukl responded that grace is offered to everyone, “and some turn it down.”

Nope—it’s not an option for me. God’s “grace” has a belief component, and one can’t just believe in something. Belief happens when one has sufficient evidence. I don’t have sufficient evidence of the Christian god, so I can’t believe. (Try believing in leprechauns or fairies if you think that determination will compensate for a lack of evidence.)

Do we all start the race from the same starting line?

Frances asked about people who have never heard the Christian message. Is it fair to send them to hell?

Koukl said that if they haven’t heard the gospel message, they are still guilty before God, and God is justified in punishing them. Paul says that evidence for God is obvious: “Since the creation of the world God’s invisible qualities—his eternal power and divine nature—have been clearly seen, being understood from what has been made, so that people are without excuse” (Romans 1:20). Koukl concludes, “If they reject the Father, how is the Father any further obligated to tell them more about himself—for example, the Son—when they’ve already rejected the most general of revelations?”

The Bible can be a dangerous book, and he who lives by Bible quotes sometimes dies by Bible quotes. Just four chapters later in the same book, Paul also says, “For just as through the disobedience of the one man the many were made sinners, so also through the obedience of the one man the many will be made righteous” (Romans 5:19). That is, there is symmetry between Adam getting all of us into our fallen state and Jesus getting us out (again, all of us). In neither situation do we opt in; we’re included whether we like it or not. That means no faith requirement for getting the saving grace of Jesus, which defeats Koukl’s statement that grace is offered to everyone, but “some turn it down.” Nope, we’re saved whether we like it or not.

But back to this point: Koukl takes one verse from Romans and concludes that no one has an excuse, and God’s demands are therefore correct. As he made clear in part 1, Koukl wants to evaluate Christian claims from a Christian worldview—and, unsurprisingly, things make some sense given that viewpoint. But without the unearned presupposition that the Bible is correct, the Christian claim that non-Christians have plenty of evidence for God doesn’t work.

Attack on the atheist position on justice

Koukl got the last word, and with it he waxed unlearnèd. For good measure, he attacked the atheist position on justice and morality: “I don’t see outside of God how there can be any sense of justice at all.”

Then you’ve omitted your most powerful argument, Greg. Show us how the existence of justice here on earth demands God. I see just the opposite. Justice here—at least our imperfect attempt at it—shows that God isn’t necessary at all. The dictionary says nothing about a need for God in its definition of “justice.”

Next, Koukl wonders how atheism can ground the idea of objective morality, which is the only kind of morality we’ve been talking about.

Nope. If Koukl wants objective morality (“moral values that are valid and binding whether anybody believes in them or not,” according to William Lane Craig), he’ll have to show that it exists and that it’s reliably accessible by humans. I’ve seen this tired trick a dozen times—referring to objective morality with appeals to common sense (or nothing, in this case) without doing the hard work of showing that it actually exists. Try again.

And finally, Koukl pontificates that you don’t get morality from mere molecules in motion.

Am I just missing Koukl’s deeper analysis of these topics? Or is he so insulated from or unconcerned about the wider discussion that he has no interest in responding to outside critiques?

Koukl is like a visitor from Planet Christianity who is telling us how things work there. That’s nice, but we’re here. There is a default idea of justice, and it’s embodied in our justice system. It doesn’t much matter how things work on Greg’s planet, but here, penalties must be fair and you must serve your own punishment. Incredibly, Koukl surely knows and supports this idea of justice. In his own mind, he must know that the Christian claims of substitutionary atonement contradict Western justice. The word “justice” by itself means the Western kind, not the Christian kind.

It’s hard to imagine how Koukl thinks that the outline of his worldview does anything to justify his incompatible version of justice, and I wonder why he even bothers with the justification. It would be simpler to say, “The Christian worldview is correct” and leave it there. That argument would stand on no poorer a foundation.

Some say that ignorance is bliss,
but it’s only bliss for the ignorant.
— Ricky Gervais 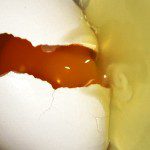 August 5, 2016
Contradictions to the Trinity in the Bible
Next Post 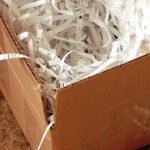 August 10, 2016 The Most Powerful Argument Against Christianity
Recent Comments
80 Comments | Leave a Comment
""Reality though is that in spite of our best efforts we have not been able ..."
Thanks4AllTheFish Christians Reveal! How to Defeat Christianity ..."
"Handy reference fro Larry Moran, retired biochemist and textbook author:What's in your genome?"
Alonso Quixano BSR 20: Christianity Is Anti-Science
"Christianity isn’t anti-science, it’s just that there are many kinds of truth besides scientific truth. ..."
Alonso Quixano BSR 20: Christianity Is Anti-Science
"If Jesus was God and man, he could be archetype and prototype. There wouldn't be ..."
Greg G. Christians Reveal! How to Defeat Christianity ..."
Browse Our Archives
Follow Us!