How Does Prayer Work? And What Does that Say About God?

How Does Prayer Work? And What Does that Say About God? August 1, 2016 Bob Seidensticker

What’s the point of prayer? Why bother if God knows everything?

Christian apologist Greg Koukl recently responded to skeptics’ questions on the Unbelievable? podcast (audio here; go to 13:02). Take a look at his response.

The question could be interpreted several different ways.

Christian response to the puzzle of prayer

Koukl began by imagining a boss who has already decided that if a particular person asks for a raise, he’ll grant it. But if a raise makes business sense, why not just grant it without being asked? Koukl says that the asking requirement comes from the Bible: “You do not have because you do not ask God” (James 4:2). In response to pushback from the caller, Koukl called the asking-for-a-raise example “a perfectly human illustration that matched every item exactly” and which makes perfect sense to us.

No, this is actually a poor parallel. In the first place, can Koukl possibly be saying that you don’t get things from God if you don’t ask, but you will get them if you do ask?

Lots of biblical claims about prayer’s efficacy have no caveats—for example, “Ask and you will receive” from John 16:24—but this one cited by Koukl does. The next verse says, “When you ask, you do not receive, because you ask with wrong motives, that you may spend what you get on your pleasures.” But surely someone has asked for world peace or a dramatic healing with good motives.

How about this for a good motive? I will ask for a something mundane to appear (a candy bar or a glass of water) and do this demonstration repeatedly, in public, simply because this will shock millions of non-Christians to consider afresh the Christian claims. But everyone knows that this won’t work. What does this tell us about the Bible’s claims about prayer?

A second reason this isn’t a good example is because a good boss should grant the raise if it’s the right thing to do and not put capricious obstacles (like asking) in the way of any employee getting what they deserve.

Third, money is in short supply in the typical company. It must be spent wisely. Not so with God—he can grant anything at no cost or effort.

Let’s fix these problems. Map God into the employer’s role, but now the employer adjusts everyone’s pay from his unlimited supply of money and perks to maximize productivity. If the janitor would be maximally productive with a salary of a million dollars per year, that just happens. There’s no haggling or negotiation, just motivated and hard-working employees.

Back in the real world, prayer is reinforced intermittently. Once in a great while it seems to deliver, which is that little push to convince the believer that it works (though it certainly doesn’t work in any way like that word is normally used, like with a typical home appliance or car—y’know, reliably). We find this in pigeons who had behaviors reinforced intermittently in B. F. Skinner’s famous experiment. Prayer becomes nothing more than a slot machine.

But what has God become?

This is a tangent, but I think it’s an interesting one. Consider what Koukl’s god has become. God knows the future perfectly, including every request or need that he will respond to and what each response will be. If we look at God’s actions, we could reduce each one to a conditional cause-and-effect statement like this: “If person P requests R then grant it (or not), but if he doesn’t request it then grant it (or not).”

But even this can be simplified to a simple timeline: “At time T1, do action A1; at time T2, do A2,” and so on. Give these instructions to a universal wish-granting machine, and that’s God. This God doesn’t react in real time to anything. Is this mindless God what Christians want? What does it say that God could be replaced with a machine? What have love or worry or anger become without the time component?

More on how prayer works (or not):

In response to:
Beyoncé, Rihanna & Katy Perry
send prayers to #Oklahoma #PrayForOklahoma,
Ricky Gervais tweeted:
I feel like an idiot now …
I only sent money. 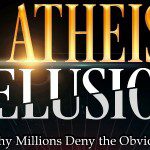 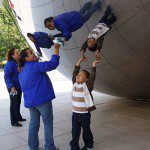 August 3, 2016 Criticizing the Logic of the Atonement
Recent Comments
335 Comments | Leave a Comment
Browse Our Archives
get the latest updates from
Cross Examined
and the Patheos
Nonreligious
Channel
POPULAR AT PATHEOS Nonreligious
1