A God-Created World Would Look Like a ’60s Family Sitcom

A God-Created World Would Look Like a ’60s Family Sitcom September 5, 2016 Bob Seidensticker 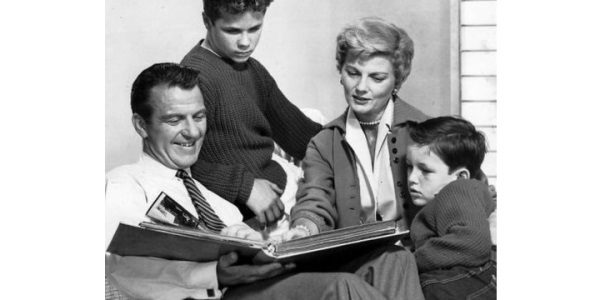 “You’re so smart?” the Christian apologist says. “You think you can read God’s mind? Then tell us what life on earth should look like if God created it.”

I’m glad you asked. If an omnipotent and all-loving god created human life here on earth as a way to develop us into better people who would deserve eternity in heaven, our world would look like “Leave It to Beaver.”

“Leave It to Beaver” was a popular American sitcom that originally aired 1957–1963. It showed the adventures of Beaver Cleaver (to the right in the photo above, with his TV parents and older brother Wally).

Who graduates from God’s classroom?

First, let’s view life from the Christian perspective. Jesus makes clear that few will make it to heaven.

Making it through that small gate is our purpose in life. I’ve heard Christians give different metaphors for our world. God made a challenging life on earth as a test to see which people are made of the right stuff. Or it’s a proving ground where the good souls get a chance to prove their worth. Or a crucible where the dross burns away to improve our character and prepare us for heaven.

But let’s imagine life as a classroom. God apparently is so poor a teacher that he only graduates a few of his students.

If you were the president of a college, you might think that if 80 percent of the freshmen graduate, that’s a decent fraction. It’s too bad about the rest, but it’s not possible to make that fraction zero. But God could. God would know exactly what the problems were and how to fix them. Is it a lack of motivation? A lack of funds? Classes not relevant or interesting enough? With God in control, he could create colleges with a 100 percent graduation rate.

God isn’t president of an ordinary college; he’s president of the Ultimate College—life. What fraction of people graduate from God’s college into heaven? Not even half.

Is this the best of all possible worlds?

This is the Hypothetical God Fallacy—assuming God exists and then (surprise!) it all falls into place, with us unable to critique God’s super-smart plan.

Let’s respond to Leibniz. God can’t make things better than what we have now? Let me suggest some ideas.

Here’s how an omnipotent and all-loving God could better organize life. I propose a world with a 100 percent graduation rate where everyone gets into heaven. It would be a world with gentle correction for errors, like in “Leave It to Beaver.”

To see what that world would look like, here are some of the plot summaries from that sitcom:

There are 234 episodes. In each, the stakes are low, and there is learning at the end. Beaver gets a little wiser as he’s gently nudged toward adulthood. Not everyone reaches their goals in each episode, but nothing particularly bad happens. Sure, embarrassment during a date or punishment after a mistake is traumatic, but it’s not cancer. Things are black and white, just like the show itself. It’s life with training wheels.

Contrast Beaver’s life with plausible plots from our reality:

The Christian demands, “Aren’t you the arrogant one? You think you can tell God how to arrange the universe?” But of course that’s not the question. We don’t take God as a presupposition and then rearrange the facts to support it. Instead, we just follow the facts. And this world certainly looks like a world without a god.

The best thing about believing in a crazy, illogical,
manmade, totally fictional afterlife
is that you will never find out you were wrong.
— Ricky Gervais 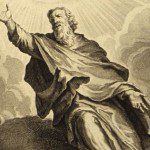 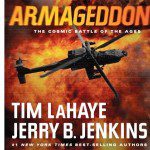 September 7, 2016 Armageddon Within Our Lifetime?
Recent Comments
92 Comments | Leave a Comment
Browse Our Archives
get the latest updates from
Cross Examined
and the Patheos
Nonreligious
Channel
POPULAR AT PATHEOS Nonreligious
1