Armageddon Within Our Lifetime? 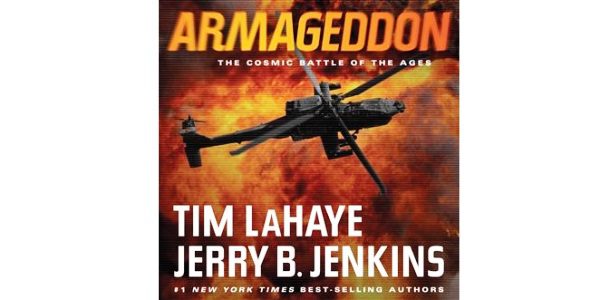 We live in strange times. 41 percent of Americans say that Jesus will definitely or probably return by 2050, and 38 percent believe that natural disasters are signs from God. For white evangelicals, those fractions are 58 percent and 59 percent, respectively.

A larger factor that fuels this anxiety is Christian personalities who point to every bit of bad news as evidence that things are going to hell and that Armageddon is around the corner. These guys never met a natural disaster they didn’t like. Jerry Falwell wondered “whether the crisis in the Middle East is actually a prelude to the end of the world.” Glenn Beck said that the recent story of a Syrian rebel eating a human heart is a sign of the end times. Pat Robertson said that the 5.8 magnitude Virginia earthquake of 2011 was another sign. Oh, and security cameras, too.

Jesus gave this advice about the end times:

When you hear of wars and uprisings, do not be frightened. … Nation will rise against nation, and kingdom against kingdom. There will be great earthquakes, famines and pestilences in various places. (Luke 21:9–11)

The gospel of Mark adds that these signs are “the beginning of birth pains.”

The Pat Robertsons of the world will ask, Do you hear about wars and earthquakes in the news? Well there you go—that matches what the Bible predicted. What more evidence do you need? And if you say that there have always been wars and earthquakes, they quote 2 Peter 3:3, “In the last days scoffers will come, scoffing and following their own evil desires.” John Hagee interpreted this immunity to the facts: “The very fact that you don’t believe [Jesus] is coming is proof positive he’s on the way!”

But let’s return to reason. For this prophecy to stand out, it can’t be referring simply to disasters, because there’s always a baseline amount of war and natural disasters. It’s about a substantial increase of those things, and we’re not seeing that today.

First, let’s put to rest worries about increasing pestilence. Science has made gains against disease that would have been inconceivable just a few centuries ago. Sewer and clean water systems, vaccines, and antibiotics have altered life dramatically in much of the world, no thanks to God. Smallpox, killer of half a billion people in the 20th century alone, is only a memory, and polio and guinea worm may soon be gone as well. While cancer and influenza still exist, we’ve made great progress against them. The trend is positive here.

Famines in India and China killed millions of people a century ago. Food distribution isn’t perfect today, but modern technology has increased crop yields so that widespread famine is almost impossible. (More on the relative value of magic vs. technology here.)

As for natural disasters like earthquakes, we can’t control them, but for many, we have advanced warning. The Galveston Hurricane of 1900, which caught the city off guard and killed perhaps 10,000 people, could not happen today. We also have warnings for tornadoes and tsunamis.

Famously wrong end-times prophet Hal Lindsey said, “To the skeptic who says that Christ is not coming soon, I would ask him to put the book of Revelation in one hand, and the daily newspaper in the other, and then sincerely ask God to show him where we are on His prophetic time-clock.” Like Harold Camping, or John Hagee, some people just won’t look at the facts and realize that they predict the future no better than a palm reader.

(What about war? I discuss Steven Pinker’s surprising conclusions about violence in Part 2.)

If you listen closely
you can hear the footstep of Messiah
shuffling through the clouds of heaven.
— John Hagee 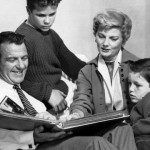 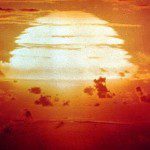 September 9, 2016 Armageddon Within Our Lifetime? (2 of 2)
Recent Comments
47 Comments | Leave a Comment
Browse Our Archives
get the latest from
Cross Examined
Sign up for our newsletter
POPULAR AT PATHEOS Nonreligious
1