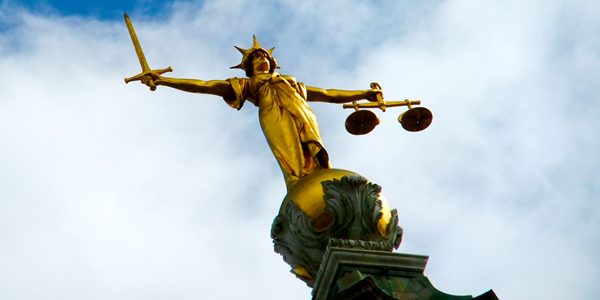 This is a continuation of a critique of Frank Turek’s arguments in favor of Christianity made in his latest book. See the beginning of the discussion here.

The M in CRIMES is Morality

On the topic of morality, Turek couldn’t resist a Holocaust reference. He showed a photo of the Buchenwald concentration camp with stacks of dead bodies. He said,

If there is no god, this is just a matter of opinion.

The statement “I like chocolate” is just an opinion. By contrast, I wouldn’t call “I recommend we declare war” in a cabinet meeting just an opinion, but that’s a quibble. If Turek wants to say that both are conclusions grounded in the person making the statement and nothing else, I agree. The same is true for “the Holocaust was wrong.”

What alternative does Turek propose?

Turek imagines a morality grounded outside of humanity. He would probably agree with William Lane Craig’s definition of objective morality, “moral values that are valid and binding whether anybody believes in them or not.”

The other explanation for morality

But there’s no need to imagine Turek’s universal moral truth when we have a better alternate explanation: universally held moral programming. We’re all the same species, so we have similar responses to moral questions. That explains things nicely without the unsupported assumption of a supernatural being.

Turek confuses the degree of outrage (which, for the Holocaust, is quite high) with the degree of absoluteness. He seems to imagine that the more emphatically we think that the Holocaust was wrong, the more objective that moral opinion must be, but why imagine this? He provides no evidence to support universal moral truth or to reject the obvious alternative, universally held moral programming.

Let’s take a step back and consider his example. God allows 11 million innocent people to die in the Holocaust, and Turek thinks that this is an example supporting his side of the ledger?

Morality also changes with time. In the West, we’re pleased with our abolition of slavery and the civil rights we’ve established, but these aren’t universals. The modern views on these issues contradict the Old Testament’s, but none of us cling to the Old Testament view. Turek’s objective morality doesn’t allow change with time.

Turek listed things that must be true if God doesn’t exist. First, “The Nazis were not wrong.” If morality is an opinion, the Nazis had an opinion and the Allies had an opinion. We said they were wrong; they said we were wrong. Stalemate.

Nope—dude needs a dictionary. He’s confusing morality with absolute morality. I agree that the Nazis were not wrong in an absolute sense. But they were still wrong (from my standpoint) using the definition of morality in the dictionary, which makes no reference to an absolute grounding.

He continues his list with more examples of the same error: love is no better than rape, killing people is no different than feeding the poor, and so on. In an absolute sense, he’s right; he just hasn’t given any reason to imagine that morality is based in absolutes. Drop the assumption of absoluteness, and nothing is left unexplained.

Why the insistence on objective or universal or absolute morality? We don’t have any problem with shared (rather than absolute) ideas of other concepts like courage, justice, charity, hope, patience, humility, greed, or pride. Again, the dictionary agrees. None of these have an objective grounding, and the earth keeps turning just fine.

Turek bragged about the time he kicked Christopher Hitchens’ butt when Hitchens raised the issue of wrongs done in the name of God during the Crusades. Turek agreed but said that there’s nothing wrong with that if there is no god; without a standard of righteousness there is no righteousness.

Add the qualifier that we’re talking about absolute morality, and I agree. As he stated it, it’s nonsense.

Turek continues to praise science when he approves of it and lampoon it when he doesn’t.

If we’re just overgrown germs that got here by some evolutionary process then we’re no different than any other animal.

Yep, science makes clear that we’re just one more species of animal. Is this a problem?

This must’ve been a bone thrown to those in the audience who imagine that the universe was built for them. As Neil DeGrasse Tyson observed, “If you are depressed after being exposed to the cosmic perspective, you started your day with an unjustifiably large ego.”

Again, I’m missing the problem. What, specifically, are atheists unable to do? A natural evolution of morality seems pretty defensible.

But the bigger question is, And you think you can justify morality?? Sure, you can point to this doctrine or that verse, but that explains nothing. You say your theology has it all figured out? Great—show that your theology is accurate and you’ve got an argument. Until then, nothing.

Here’s a thought experiment, Frank. Imagine that two Christians are arguing about a moral issue. They finally agree that Christian #1 was correct. Question: did they reach the right conclusion?

You’ll say that you need to know what the options were. But how is that relevant? You inject yourself into the conversation, and now it’s three Christians. How does that help? Or maybe you’ll say that you need to know what procedure they used. Again: how does that help? Prayer is no source of moral truth, and interpreting the Bible is ambiguous. Morality comes from people. That explains how Western societies could think that slavery was okay but now think it’s not. Explain that with unchanging objective morality.

In The Wizard of Oz, Dorothy’s ruby slippers could always have taken her home. Like Dorothy, we have always been the source of our morality and some of us simply need to realize that. Society’s morality ain’t perfect, but it’s the best we have, and improving it as we mature is a heckuva lot better than being held back by a barbarous book that preserves the morality from a primitive society thousands of years ago.

One of the great tragedies of mankind
is that morality has been hijacked by religion.
— Arthur C. Clarke 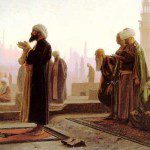 November 23, 2016
The Devastating Muslim Test for Christianity
Next Post 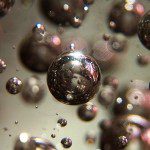 November 28, 2016 Frank Turek’s Criminally Bad C.R.I.M.E.S. Argument: Evil and Science
Recent Comments
513 Comments | Leave a Comment
"That the earth orbits the sun is a recent opinion, too, but that is no ..."
Don Camp Bible Prophecies: Fulfilled or Failed?
"Dr. Strange will become the angel Strang-El."
Greg G. Bible Prophecies: Jerusalem Suburbs and Conquest
"You see. That is what I mean. That is not evidence, Greg. That is opinion. ..."
Greg G. Bible Prophecies: Fulfilled or Failed?
"It would be better if the wife was 'after' rather than 'before'."
Otto Bible Prophecies: Edom’s Barrenness, Deaths of ..."
Browse Our Archives
get the latest from
Cross Examined
Sign up for our newsletter
POPULAR AT PATHEOS Nonreligious
1