The Great Debate: Theism vs. Naturalism. Where Does the Evidence Point?

The Great Debate: Theism vs. Naturalism. Where Does the Evidence Point? November 17, 2016 Bob Seidensticker

Let’s conduct an experiment to find the better of two alternate worldviews. First is Christianity/theism. Opposing that is naturalism, the belief that natural explanations are sufficient to explain the world we see.

Each worldview makes predictions about how our world should look. We’ll consider those predictions and compare them against the evidence from reality to see which worldview does the better job.

Theism, by the definition that I’m using, proposes supernatural deit(ies) that engage with humanity. (Contrast that with deism, in which a deity could’ve started up the universe and then walked away.)

Our example of theism is Christianity, which tells us that God should be obvious: “God’s invisible qualities … have been clearly seen, being understood from what has been made, so that people are without excuse” (Romans 1:20). It makes the same claim when it says that God is anxious to have a relationship with us, since understanding God’s plan and putting our faith in Jesus is mandatory for us to escape hell.

God should be obvious, and his message to us should be unambiguous. But when we look around, there is no good evidence for God, just as naturalism predicts. (I discuss this Problem of Divine Hiddenness in detail here.)

Even if humans invent religions, theism predicts that clear evidence for the one correct religion would outshine all the rest. Invented religions might always be background noise in the religious environment, but the correct religion—the only one actually supported by evidence of real god(s)—would quickly spread from its introduction thousands of years ago to become and remain the biggest religion by far. There would be no contest to any unbiased observer which religion was correct (more here).

That’s not what the evidence shows. For all of human existence, the majority of people at any moment have always had the bad fortune to not believe in the one correct religion (assuming there is one). Religion is a cultural phenomenon. Christianity is the largest religion at the moment, though it might not be in fifty years when Islam is expected to become number one. Christianity is not the oldest religion, it didn’t become largest until centuries after its founding, and it’s never held the majority of the world’s people.

A single, unambiguous message doesn’t exist even within Christianity. There are 45,000 Christian denominations, a number that is growing rapidly.

The Bible itself documents how God’s fundamental properties have evolved.

The map of world religions shows that religious belief doesn’t change with evidence like science does. Instead, it’s part of culture.

Theism predicts that sacred texts would be useful in the real world. They wouldn’t be full of just-trust-me-on-this demands. Instead, they would be grounded in the real world so that we could see that their claims are both surprising (far beyond what was known in that society at the time) and reliable. We wouldn’t need faith to accept the supernatural; it would be obvious that this wisdom didn’t come from any human society.

Christianity is again a counterexample. Any scientific statement within the Bible that’s true was known by the culture that produced that part of the Bible, and all other scientific claims within the Bible are false. Mining the Bible to find verses that vaguely anticipate modern scientific discoveries is a popular hobby, but science has learned nothing about reality from the Bible.

You’d think that the Bible would at least have room for simple science that would greatly benefit people. For example, how about a recipe for soap plus basic hygiene rules? It would only take a paragraph, but we find nothing. Even Jesus’s healing miracles are just superstitions of the time.

In the competition between science and religion, “God did it” was the answer for famine, plague, drought, disease, and even war in centuries past. Dogma rather than evidence pointed to God, and science has steadily produced reliable answers to replace God for countless scientific puzzles. The reverse has never happened. Shoehorning God into the remaining puzzles makes him a “god of the gaps,” a pitiful rearguard action that makes a joke of the all-powerful Creator of the Universe.

DNA is often cited as being so software-like that it must have come from a mind, but I argue that the sloppiness in DNA alone is enough to defeat the Design Hypothesis (the argument that life must’ve been designed).

The theist must look at the hundred billion galaxies in the universe, each with a hundred billion stars, and say that all of that is there because of humans on one planet in an insignificant backwater of one galaxy. Naturalism gets it right when it predicts no design and sees life as just something that happens now and then. 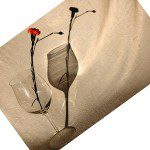 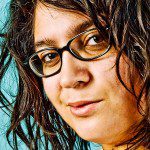