Explanation for Objective Morality? Another Fail. 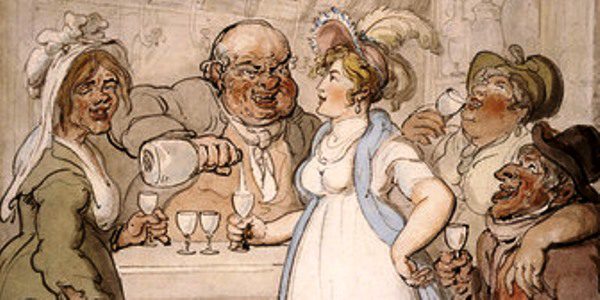 But before we consider that, here’s Christian apologist Tim Keller to set the stage:

The Nazis who exterminated Jews may have claimed that they didn’t feel it was immoral at all. We don’t care. We don’t care if they sincerely felt they were doing a service to humanity. They ought not to have done it. We do not only have moral feelings, but we also have an ineradicable belief that moral standards exist, outside of us, by which our internal moral feelings are evaluated.

“They ought not have done it”? How do you know?

This is the problem with how this topic is typically handled within Christian apologetics: a moral situation with one obvious answer is tossed out, and we’re supposed to infer ourselves into the apologist’s moral viewpoint. This is insufficient. There’s a difference between a widely believed or strongly felt moral opinion and objective morality. Don’t make the remarkable claim of objective morality (Keller’s “moral standards exist, outside of us”) without evidence.

Let’s give a warm welcome to J. Warner Wallace of the Cold Case Christianity blog. He interviewed me on his podcast once, and we’ve had occasional email exchanges. He’s unfailingly polite and a good reminder to all of us that dialing back the anger makes one’s arguments more palatable.

In one post, Wallace first notes that the simple moral dictates that we find in the Ten Commandments (don’t kill, don’t lie, etc.) are insufficient because sometimes these actions are justified. How do we escape from this moral morass? He offers this rule:

When we simply insert the expression “for the fun of it” into our descriptions of these moral actions, we discover the objective moral foundation to these claims. [With this applied to killing and lying], we’ve just discovered two objective moral absolutes.

So we shouldn’t kill or lie just for fun. I confess that I’m unimpressed. Do we now have a useful moral roadmap where we didn’t before? Does this rule illuminate issues that frustrate society like abortion, euthanasia, same-sex marriage, and capital punishment so that the correct path is now clear to all?

Nope. We’re no wiser than we were before. And note that the Nazis didn’t kill Jews just for fun, so this rule does nothing to help Keller’s example.

The point of this exercise is only to spit out yet another example that we can all agree to. Keller pointed out that exterminating Jews was bad, and Wallace points out that killing or lying without justification is bad. I’m sure we all agree with these claims, but this isn’t news. Nothing has been illuminated.

And the correct answer is …

The problem, of course, is the remarkable claim of moral truth grounded outside humanity—“moral values that are valid and binding whether anybody believes in them or not” as William Lane Craig defines it. Why would you pick this explanation? A far more plausible explanation is morality as a combination of

This explains morality completely without an appeal to the supernatural.

Wallace next anticipates some reactions to his position.

What do we do when two groups disagree on a moral issue?

When a society defines an objective moral truth and the vast majority of its members agree, on what basis can a lone reformer make a call for change?

Wallace puzzles over how MLK could’ve caused change, but where’s the difficulty? History tells how it happened. America is not a simple democracy where the majority rules. We have a Bill of Rights that protects the minority against the tyranny of the majority. We have a free press. And we have a long history of (slowly) changing our minds on moral issues.

The majority opinion is that and nothing more. The moral claim “Jim Crow laws are wrong” is grounded only by everyone who agrees with the statement. It’s not objective moral truth.

Next, what about two societies that disagree? He gives as an example the Nuremburg trials of Nazi war criminals, during which a prosecutor said, “There is a law above the law.” Yes, that sounds like an appeal to objective morality, but that appeal is no more supported by this guy than by Wallace himself. The laws used during the trials came from the Allies, not from God.

Since morality changes, doesn’t this overturn the idea of objective morality?

And back to our subject, if different people give different answers to today’s moral issues, where does “objective” fit in? There may be an objectively correct resolution to each, but we can’t access it. The Big Book of Moral Truth is locked up in God’s library.

Wallace might’ve given us slightly more than other apologists, but this is woefully insufficient to overturn the obvious natural explanation of morality.

Can God make a rock so heavy that hitting His head with it
would explain the change in personality He underwent
between the Old Testament and the New Testament?
— commenter GubbaBumpkin 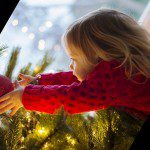 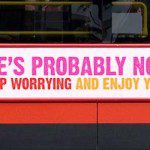