Church/State Separation—Where Is the Line? 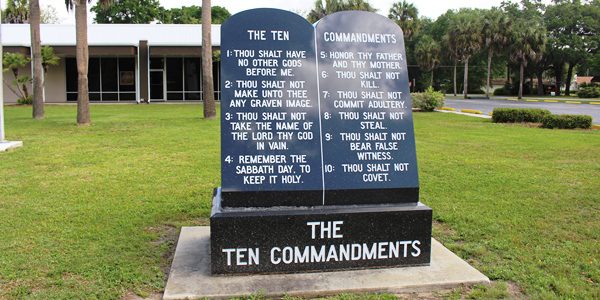 What is the fascination with putting Christian propaganda on public property? Is it a Tourette’s kind of thing, where some people just can’t avoid crossing the “Do Not Cross” line?

Another Christian display on public land

In 2012, a private Christian group erected a Ten Commandments monument on courthouse property in Starke, Florida. American Atheists fought to have the monument removed. They lost that fight, but they did force the county to create a “free speech zone” to permit monuments with other views, and a year later they erected their own atheist monument. To no one’s surprise, some Christians were displeased.

In “Atheists Flood the Public Square,” Benjamin Wiker sounds the alarm to concerned Christians*. This article came from tothesource, a site with the slogan, “Challenging hardcore secularism with principled pluralism.” (You mean like the hardcore secularism that’s defined in the U.S. Constitution?).

This year (2017) may be one where Christians are eager to let us know how oppressed they feel, so this Florida case is worth exploring.

Wiker imagines an elaborate game of chess (or chicken) where the atheists exploit loopholes in the system to frustrate honest, hardworking Christians who want nothing more than to exercise their freedom of religion. With luck, these atheists figure, they can so burden Christians that defending their God-given rights becomes too difficult and they retreat.

The strategy is to flood the monument market until Christians simply give up, give in, and move out.

I have no interest in taking rights away from Christians. I don’t think I’ve met an atheist who does. The problem may be that we disagree on the rights the Constitution gives to Christians.

Let’s be clear: the Constitution calls the shots. In the United States, the Constitution grounds our rights, not Christianity or the Bible. Religion is protected within American society because, and only because, the Constitution says so. That haven doesn’t come from God or the supernatural. It’s not part of some “natural law” outside humanity that everyone can sense.

If your attitude is that the Bible is your Constitution, don’t expect any respect for that opinion in a courtroom. In fact, the U.S. Constitution was the world’s first explicitly neutral constitution and its protections make it the Christian’s best friend.

I don’t get why this author is so agitated in the first place. Christianity doesn’t already have enough public displays of its message? Or is Christianity’s hold on its adherents so fragile that it needs to pull the government into proclaiming its message as well?

Ah, but atheism is a religion!

The game atheists play, according to Wiker, is to “flood the public square with monuments” to drive away the Christian ones. Eventually, we’ll have the atheists’ goal, the “naked public square.”

But don’t pretend that this is fair, Wiker tells us.

But approach this from another angle. See him as Chicken Little, spreading alarm to rally the faithful, and his rant begins to make sense. Whipping up support through hysteria seems to be the goal, not honesty.

Christians, you’re on your own!

Christians can’t expect the government to protect Christianity; Wiker says they must do it themselves.

Face it, we Christians have become slothful. We wanted the government to ensure that we could enjoy all the benefits of living in a Christianized culture, without any of the work or sacrifice on our part—a kind of welfare mentality in regard to the faith.

As before (with the use of “public square”), he’s using words with several meanings. What’s a “Christianized culture”? If it’s a culture in which religion is protected, that’s something that I want as well. Dr. Wiker, show me where in America the right of Christianity to exist or Christians to profess their beliefs in the (literal) public square is under threat, and I’ll publicly express my support for your cause. The Constitution that doesn’t protect the Christian won’t protect the atheist either.

But if “Christianized culture” means a culture suffused with Christianity (“Merry Christmas” during the holidays, churches on every other corner, overwhelming church attendance), you’re on your own. Look to the market to support this. Don’t expect the government to help you out or even to care.

[Our mistake is that] we want the federal government to ensure that our faith is displayed publicly, even though we have done precious little to evangelize the public, so that more and more of the public is less and less Christian.

Who could possibly expect the federal government to display Christianity publicly? Only someone who hasn’t read the Constitution. The only reference to religion in the Constitution is to prohibit any religious test for public office, and the First Amendment says, “Government shall make no law respecting an establishment of religion.”

Just how weak is your faith that you would ever expect government help?

Continued with Wiker’s critique of the atheist monument here.

*This article is no longer available from tothesource. 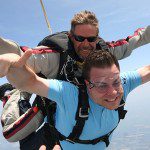 January 4, 2017
Bad Atheist Arguments: “Don’t Believe Something Just Because it Makes You Feel Good”
Next Post 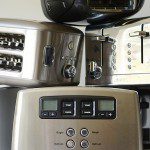