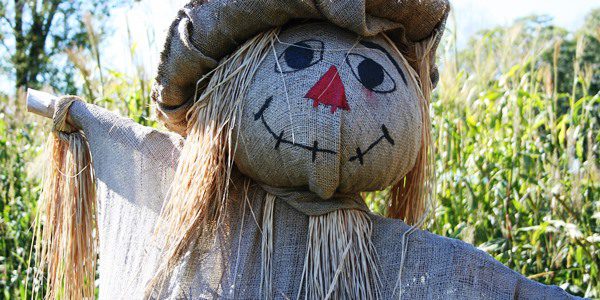 This is part 9 of a critique of The Atheist Who Didn’t Exist: The Dreadful Consequences of Bad Arguments (2015) by Andy Bannister (part 1). The book promises to critique a number of atheist arguments.

Chapter 9. The Peculiar Case of the Postmodern Penguin

In today’s opening episode, our hero dreams that he’s wandering through a penguin colony. He muses that penguins have meaningless lives, but one penguin speaks up and says that, on the contrary, his life has plenty of meaning. He makes his own meaning. And then he gets eaten by a sea lion. (Which don’t eat penguins, but then we were told that it was a dream.)

Is it possible for life to have meaning if God doesn’t exist?

If humans are just the result of happenstance, isn’t life meaningless? If we protest otherwise, aren’t we just like the penguin? Bannister says that creating meaningful lives for ourselves without God is like a child squashing arbitrary jigsaw puzzle pieces to fit—yes they’ll fit, sort of, but you ignore how they’re intended to go together.

But without God, there is no supernatural intention. There is no Grand Plan, and his problem vanishes.

Bannister says that imagining that we create our own meaning “assumes that the universe cares.” Within the universe, we are insignificant. We can declare that we’ve created meaning, but that has created in the universe no sense of obligation.

Uh, yeah. We obviously are insignificant to the universe, God or no God. We’re stuck on an unimportant dust speck in a corner of one galaxy, one of 200 billion galaxies. The universe doesn’t care; it can’t care.

Bannister continues: “Why should we imagine that the universe owes us something?” (We shouldn’t.) Bannister says that if we’re just the result of physics, “then life doesn’t suddenly acquire meaning just because I say it does.”

Why is this hard? I say that my life has meaning, and that’s it. That’s not a grand platform, but it’s all I’ve got. And it’s all I need. I make no claim for absolute or objective meaning, just my own meaning. Like so many before him, Bannister seems to think that the only meaning is an objective meaning. For this, I point him to the definition of “meaning” in a dictionary.

Next, he considers the fate of the penguin—eaten just as he was pontificating about the meaning he had for his life.

Yeah. Shit happens. It could’ve been our hero who got eaten instead. What’s your point?

He blunders on, promising to point out the “many further problems with the idea that we can mold our own meaning.”

Further problems? I’ve yet to see one. He’s simply observing that living on a planet with scarcity and unfairness means that we will sometimes step on each other’s toes. Sometimes life is a zero-sum game, where for me to win, you must lose. (I can imagine his first day as a legislator. “You mean we have to compromise?!”)

For one of his “problems,” he contrasts meaning in a book, where we can ask the author to resolve differences in interpretation, with an authorless universe where we’re on our own for finding meaning. “Claiming that we have found the meaning is utter nonsense.”

Right—that’s not my claim. But Bannister is living in a glass house. He does claim to know the meaning of life, but his source is the Bible, a book for which there is no the meaning because Christians themselves can’t interpret it unambiguously. Christianity has 45,000 denominations worldwide, increasing at the rate of two per day. The only thing theists in general seem to agree on is that the other guy is wrong. (Read what the map of world religions tells us here.)

In an unguarded moment, I flatter myself that if I could’ve caught Bannister early in this chapter, he would’ve realized that his hysterical rending of garments was based on nothing, but of course that’s naïve. He is like a sleepwalker—it’s not that you shouldn’t wake him up but that you can’t.

But he has more.

“If atheism is true . . . what awaits us—our civilization, our race, our planet, indeed the universe as a whole—is destruction and extinction, no matter what we do.” Obviously. This is news?

“Atheists have a problem: namely that we cannot live as if life is meaningless.” It’s not meaningless, you simpleton! And if the only meaning is objective meaning, show us that it exists. Life as objectively meaningless isn’t depressing; what’s depressing is the hours I’ve spent reading and responding to your pathetic existential handwringing. Jesus Christ—grow a pair and quit whining! Yes, in trillions of years, the universe will eventually grow cold. Deal with it and move on.

“If your life is of the same value to the universe as that of a gnat . . .” You don’t like reality, so you retreat into the bosom of the Christian god? Your problems only multiply. Now you’ve got to explain the Problem of Evil, Problem of Divine Hiddenness, and God’s Old Testament tantrums and support for slavery and genocide. How is this better?

After making his non-arguments, Bannister must think that the customer is softened up for the close. “I believe passionately that Christianity answers those questions better than any other world view I have investigated, not least atheism, which scarcely gets off the starting blocks.”

Sure, you can answer questions, and so can anyone, but is there any reason to believe your answers? Any evidence? You haven’t given me any reason to move Christianity out of the Just Pretend bin.

Bannister gives some questions that he thinks make his case.

Bannister moves on to an observation that, from him, is shocking: “I can hear some protest that this all sounds very lovely, but it doesn’t make it true.” Finally! Are we now to get the evidence?

Of course not. Citing his oft-mentioned but ill-supported claim that the only meaning is objective meaning, he calls atheism, not cake, but “the soggy digestive biscuit of grim nihilistic despair.”

Wrong again. You can try to find someone to impose this on, but that’s not me. Ah, well—so much for the possibility of evidence.

And he wraps up the chapter wondering about the consequences of atheism not being true. Because humans desire absolute meaning, purpose, and value “this would make us fundamentally irrational—poor, mad, deluded creatures” and blah, blah, blah. There is no acknowledgement that holding beliefs that conform to the evidence may be the best route to mental health.

It’s like Bannister has just reached some major age milestone and has suddenly realized that his generation is now in charge. No longer can he look to his parents’ generation to protect him from reality. But instead of manning up and facing the challenge of making things work best for society, he wants to crawl back under the covers with his footie pajamas and blankie.

Maybe this topic was weaker than most or maybe I’m just getting fatigued by the weight of chapter after chapter of slobber, but I wonder at the praise at the front of the book. For example, “This is a lovely book, which draws deeply on high-quality philosophical, historical, and scientific thinking.” And, “The book is remarkably free of smugness and self-congratulation.” Did we read the same book?

Seeing what passes for meaningful intellectual contribution within Christian circles, I despair of crossing the gulf separating Christians from skeptics.

For centuries, theologians have been explaining the unknowable
in terms of the-not-worth-knowing.
— H. L. Mencken 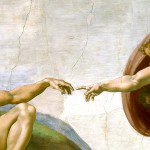 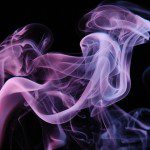