This is part 8 of a critique of The Atheist Who Didn’t Exist: The Dreadful Consequences of Bad Arguments (2015) by Andy Bannister (part 1). The book promises to critique a number of atheist arguments.

(There are three more chapters after this one. I’ve been hoping that a thorough critique of this book would be an opportunity to respond to good apologetics arguments—or what passes for them. I don’t completely fault the author, as this may be about as good as they get. Though the quality of arguments has been poor, I think that this comprehensive survey has been useful. I hope it continues to be for you.)

Chapter 8. Humpty Dumpty and the Vegan

In today’s opening episode, Fred has become a vegan to satisfy his girlfriend. They’re at a vegan restaurant, and our hero isn’t happy with his unappetizing vegan pizza. He’s shocked when Fred sprinkles tuna on his half. “It’s not meat if it lives in the water,” Fred says. Ducks live in water, so they’re on the menu as well. And cows live near water, so they’re also kosher. He justifies his lax attitude as a “progressive” approach to a vegan diet, though our hero wonders if one can define words according to convenience.

Can words mean whatever you want them to?

Atheists make a big deal about morality—violence and intolerance are bad, while humanism and science are good. Atheists think “that atheists are, in fact, better than religious people, because atheists do good for no ulterior motive.” But is morality a win for atheists, Bannister asks? He gives Humpty Dumpty in Through the Looking Glass as an example of someone who defines words however he wants.

I agree that changing definitions to suit your whim is a bad idea, but Bannister might want to get his own house in order first. “Faith” is an important concept that has two incompatible definitions, and many Christians switch between them as convenient to make their argument (more here). Another slippery area for many Christians is morality. They imagine that any moral statement must be a claim to objective morality, even though that’s not how morality is defined (more here).

Bannister demands, “Who gets to define what the words ‘good’ and ‘evil’ mean?”

Uh . . . humans? The definitions are in the dictionary. But if he’s asking how we put moral actions into the Good bin or the Evil bin, we do it with the imperfect sense of right and wrong that we got from evolution and society (more here and here). If he wants to carve out a spot for God and show that only with godly insight can we have morality, he’s done nothing to argue for that.

He notes that as long as two people with very different views on things “can agree not to try to suggest that the other one is wrong, everybody can get along famously.”

But of course, we often correct each other’s morality. We talk it over. We debate. We argue. Can he have never seen how humans try to resolve disagreements? It’s not always pretty, and minds often don’t change. But no supernatural is required to explain morality, as he wants to imagine.

Quite frankly, my first reaction, when I meet anybody who tells me that they sincerely believe that we decide what is ‘good’ and ‘evil’ based on our preferences or our feelings is to lean over and steal something from them. When they protest (“Give me back my seal-skin gloves!”), I simply say, innocently and sweetly: ‘But I thought you said “good” and “evil” were just questions of personal preference. Well, my preference is that I’m smitten with your mittens.’ That usually changes the conversation quite rapidly.

Does he really want to steal my stuff? If that doesn’t fit with my plans, then I have society and the law to back me up. Theft where I come from is illegal. But if he’s just making a point, what’s the point? That people can steal things? Yes, they can—is that a revelation? We live in an imperfect society with many moral disagreements. If harm is involved, that’s usually central to society’s resolution of the problem.

Maybe he’s saying that his stealing something will snap me out of my simplistic reverie and return me to the real world. But what insights does he imagine he’s given me—that people don’t like being stolen from? That we share morals? We already know that. None of this argues for objective morality.

Next, Bannister moves on to fret if might makes right.

Yeah—sometimes it does. The Allies defeated Germany, so guess whose laws were used during the Nuremburg Trials. A German concentration camp commandant might have honestly thought that he was carrying out a noble mission, that he was right. However, the Allies disagreed, and since they won the war, they decide the standard of “right” used in the court.

In the West today, criminal defendants sometimes say that they were unjustly convicted. Is it right that they be punished? Not objectively so, but there’s no reason to imagine objective morals. Appeals may overturn a conviction, but until that point, might will prevail. It’s the best approximation to right that we have.

Consequences of the secular viewpoint

Bannister moves on to highlight some of the problems with human morality, and I largely agree with his concerns. What he wants to imagine is that he can solve these problems with a godly morality. And maybe he could, if such a morality existed, but he never gets beyond the, “Wouldn’t this be nice?” phase.

Challenge 1: If we go back to the 1950s and tell people that in 2017 we’re largely pleased that same-sex marriage is finally legal, most people would be horrified. Now imagine that the tables are turned so that we are the horrified, regressive people compared to people in society fifty or a hundred years in our future. What society declares as “good” changes with time.

Response: Obviously. Morality changes, and each society thinks that it has things largely figured out, though there are moral dissidents in each society, some longing for the morality of the Good Old Days and some pushing new attitudes that will gradually become accepted.

This causes no problem for my position, but I’m not the one who needs to justify the Bronze Age morality in the Old Testament.

Challenge 2: Without God, you can (1) let everyone decide good and evil for themselves. Or (2) the state decides, but then might makes right. With (1) morality is impossible, and with (2) morality is meaningless. In both cases, you have no absolute authority with which to overrule another person or state. But there is a solution: “If goodness were something bigger than us, something outside us. Only then could ethics, morality, and law actually work.”

Response: You know what it’s like to tell a joke and have it fall flat? That’s like Bannister’s Hail Mary suggestion that ethics, morality, and law might actually work if God were behind it. He supports this claim with nothing. He imagines that God is the authority that will resolve moral dilemmas, but how is that possible when you can find Christians today on every side of every moral issue?

Challenge 3: Sam Harris wants to use science to find morality. “I do give Harris credit for at least realizing something that many other atheist writers have failed to grasp—that atheism has a major problem when it comes to the question of goodness.”

Response: Atheism says nothing about goodness. That’s not a problem, just like it’s not a problem in chemistry or geology. It’s not supposed to—atheism is simply a lack of belief in god(s).

There are more, but you get the idea. He imagines that atheists are made uncomfortable by his tough hypotheticals. If his questions are uncomfortable, that’s only because they make me reach for a barf bag. They’re not driven by evidence. They’re forced. That reminds me of Christopher Hitchens charging a Christian with “trying to slip God through customs without declaring him.”

With Bannister’s argument, we never discover God waiting inevitably at the terminus of a logical sequence of evidence; rather God is shoehorned in. It might sound cute coming from a five-year-old, but it’s obnoxious coming from an adult. “Wouldn’t it be great if there were a god to put things right for us?” Maybe, but why bring it up? Wouldn’t you like a unicorn, a submarine, and a ham sandwich? Maybe, but how does that fit into the conversation?

Bannister asks us where morality comes from, and he desperately wants us to pick God. Sorry—natural explanations are sufficient.

Any God who would grant prayers for football championships
while doling out cancer and car accidents to little boys and girls
is unworthy of our devotion.
— Sam Harris, 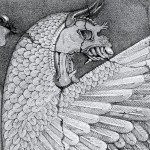 February 13, 2017
Combat Myth: The Curious Story of Yahweh and the Gods Who Preceded Him
Next Post 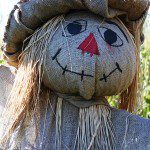 February 20, 2017 Bad Atheist Arguments: “Atheists Don’t Need God for Meaningful Lives”
Recent Comments
585 Comments | Leave a Comment
"The myth is remarkably durable. The true part is: the Pinto was more likely to ..."
Andrew G. Lee Strobel’s “Case for Christ”: the ..."
"You wouldn't expect much evidence for the nobody Jesus."
ORigel Bad atheist arguments: “History is unreliable”
"I'll trust the scholary consensus over a random person on the Internet."
ORigel Bad atheist arguments: “History is unreliable”
"Second century Christian writings such as Irenaeus.https://www.newadvent.org/f..."
ORigel Bad atheist arguments: “History is unreliable”
Browse Our Archives
get the latest updates from
Cross Examined
and the Patheos
Nonreligious
Channel
POPULAR AT PATHEOS Nonreligious
1