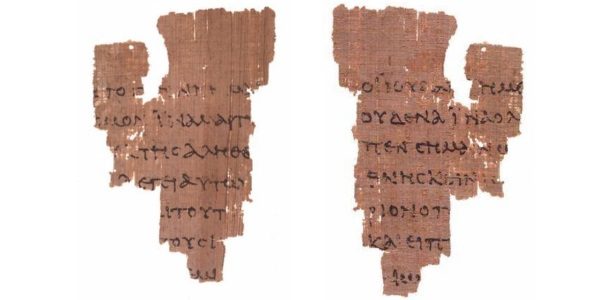 A popular Christian argument declares that historians have roughly 25,000 manuscripts of New Testament books, far more than any other book from ancient history. Compare that with 2000 copies of the Iliad, the second-best represented manuscript from history. Even more poorly represented are the works of Herodotus, Thucydides, Aristotle, Julius Caesar, Pliny, Tacitus, and other great figures from history, for which we have more like a dozen manuscripts each.

Do we conclude that our records of Gallic Wars by Julius Caesar or Histories by Tacitus are so unreliable that they can’t inform our understanding of the past? Of course not. But if that’s the case, we must then accept the far-better attested New Testament manuscripts—or so the popular argument goes.

Consider the claim of 25,000 manuscripts. The originals of every New Testament book were written in Greek, but three-quarters of these manuscripts are translations into other languages. We can avoid the extra layer of interpretation imposed by a translation by focusing on just the 5800 Greek manuscripts.

Now consider when these manuscripts were written. 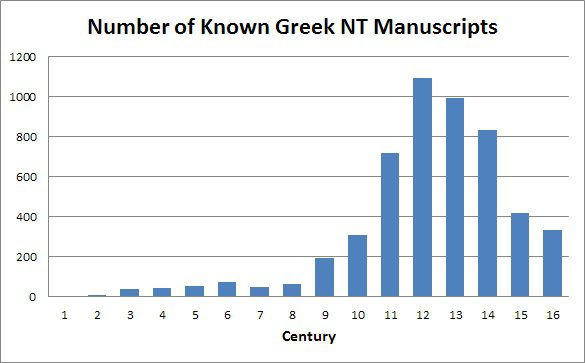 This chart shows the number of Greek manuscript copies by century. (The data is from Wikipedia, with manuscripts categorized on the cusp of two centuries put into the earlier century.) We have zero manuscripts from the first century and eight from the second. The twelfth century has the most, with 1090 manuscripts. The printing press was invented in the middle of the fifteenth century, which explains much of the drop on the right of the chart.

I recently explored the three most famous additions to the New Testament (the Comma Johanneum, the woman caught in adultery, and the long ending of Mark). The scholarly analysis for whether some of these passages are authentic or not turn on just a few manuscripts, and this chart shows why. The vast majority of the manuscripts, from perhaps the sixth century and after, never enter the conversation.

Our 25,000 manuscripts became 5800 Greek manuscripts, but those have now dwindled to just those few in the first few centuries after the crucifixion.

There are one hundred manuscripts in the first four centuries, and many of these are just tiny scraps. Consider papyrus P52 above—yes, that is considered a “manuscript.” It is a tiny fragment of John just 9 cm long. It is our oldest New Testament manuscript and dates to the first half of the second century, or perhaps later. Three more manuscripts (P90, P98, and P104) are also scraps of a similar size and date to the second half of the second century. (Though it’s probably obvious, I’ll emphasize that these dates are all just approximations, and arguments can be made for different dates.)

Another handful of manuscripts date to around 200 CE. Six of them (P4, P32, P64, P66, P77, and P103) are scraps, but in this group we get our first substantial manuscripts. P46 (part of the Chester Beatty collection) has much of nine epistles. P66 contains most of John. P75 (the Bodmer Papyrus) has a substantial fraction of Luke and John.

The record looks fairly good when you look at the dates of our earliest fragments of the various books in the New Testament—John in the second century, Matthew and Luke around 200, Mark around 250, and so on. But, again, the emphasis should be on the word fragment. Only when you get to the oldest complete (or nearly complete) texts—the Codex Sinaiticus and Codex Vaticanus from the fourth century—do you get all the missing pieces. (I’ve written more about this centuries-long dark age here.)

The “best attested by far!” claim for the New Testament is not only irrelevant, it’s not even true. You can find Egyptian hieroglyphics and Mesopotamian clay tablets that are both older and original. A single version, the original, beats enormous numbers of copies.

It’s not all that surprising that a handful of early documents from a popular religion in a dry climate were preserved until today, and let’s acknowledge that that’s impressive and historically important. But that we have 1090 manuscripts in the original Greek from the twelfth century is not much more helpful in recreating the originals than that we have 100 million new copies printed each year. What matters are the earliest copies—perhaps the hundred from first four centuries. And the hundred dwindle down to just a relevant handful of copies that are larger than scraps.

It is error alone which needs the support of government.
Truth can stand by itself.
— Thomas Jefferson 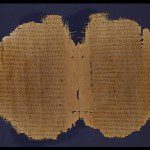 March 10, 2017
Limitations in Historical Analysis of the New Testament (2 of 2)
Next Post 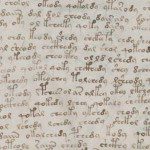