Limitations in Historical Analysis of the New Testament (2 of 2)

Limitations in Historical Analysis of the New Testament (2 of 2) March 10, 2017 Bob Seidensticker 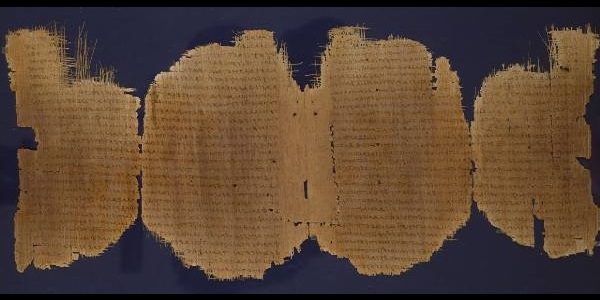 In Part 1, we saw the evidence and resolution of two disputed passages in the New Testament. Let’s look at one more and see what lessons we can draw.

Mark ends with three women going to the tomb and seeing it already open. (I’ve written more about the many contradictions in the gospel accounts of the resurrection here.) Inside the tomb, there is no Jesus but instead a man in white who tells the women the good news. But, “trembling and bewildered, the women went out and fled from the tomb. They said nothing to anyone, because they were afraid” (Mark 16:8).

Most readers find this an unsatisfying ending. How does the marvelous story get out if the women told no one? Are there no final words of comfort and direction from Jesus?

That disquiet must have been felt by early scribes as well, because they created the Long Ending (Mark 16:9–20), used in the King James Bible.

These signs will accompany those who believe: In my name they will drive out demons; they will speak in new tongues; they will pick up snakes with their hands; and when they drink deadly poison, it will not hurt them at all; they will place their hands on sick people, and they will get well. (Mark 16:17–18)

Speaking in tongues, invulnerability to snakes and poison, and healing by touch—those claims are both startling to many Christians today and relevant to many more. Pentecostal and charismatic churches, which rely to varying degrees on the Long Ending, have half a billion members worldwide.

Justin Martyr, Tatian, and Irenaeus reference the Long Ending in the second half of the second century. The Codices Sinaiticus and Vaticanus, our oldest copies of Mark that include the ending, don’t have it, but they’re from the fourth century. Sounds like strong evidence for it being authentic.

On the other hand, the Long Ending appears tacked on and doesn’t flow well, and the consensus of scholars is that this is not original.

Nevertheless, that the Long Ending isn’t original doesn’t mean that Mark ending at 16:8 is. In fact, there are a total of five manuscript traditions for the ending of Mark, and the consensus is that none of them are the original ending.

The limitation of historical analysis

Let me highlight a couple of points. First, note that the enormous number of New Testament manuscripts that apologists like to point to (roughly 6000 in the original Greek and 19,000 in other languages) don’t matter. What matters are the best handful. Each of the debates above is resolved with just a few ancient manuscripts. The discovery of a thousand 12th-century manuscripts would likely advance scholarship less than the discovery of a single second-century papyrus.

Second, this analysis requires two versions. The scholar needs two traditions (a short Mark and a long Mark, for example, with at least one manuscript to represent each) to judge between the two. With only one tradition represented, there’s nothing to judge between.

It’s like a card game. You throw down two fourth-century Bible manuscripts that demonstrate your point—that a particular passage isn’t authentic, let’s imagine. I might be able to trump that with my third-century church father who quotes the passage from the gospel in question.

A single older manuscript reflecting your version might tip the balance in your favor. And—who knows?—such a manuscript might yet be found that would overturn the conclusions for one of our three examples. For example, Daniel Wallace claims to have a first-century copy of Mark, the analysis of which will soon be released. This might turn out to be like the tiny fragment called the Gospel of Mrs. Jesus, which after more thorough analysis didn’t turn out to be all that old. But suppose this first-century Mark had the last chapter. Could it overturn the consensus of scholars about the ending of Mark?

Apologists like to claim that manuscript variants cause them no lost sleep. Look at these three questionable sections, they’ll say. They’re all resolved to everyone’s satisfaction, so where’s the problem?

Here’s the problem. Imagine a historical fork in the road for a particular document. The correctly copied version goes down path A, and the one with a significant error goes down path B. Now imagine that one of those traditions is completely lost to us. That’s hardly surprising. We have only a few tiny scraps of papyrus manuscripts within the first century after the original authorship.

Historians today would have a single, consistent tradition, but is it A or B? Worse, they wouldn’t even know that there had been a fork in the road.

For how many errors in our Bible do we not even know to ask what the original was?

Those who do not know their opponent’s arguments
do not completely understand their own.
— Anon. 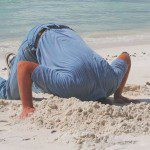 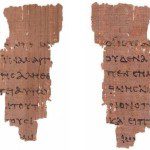