The Argument from Results (a New Atheist Argument) 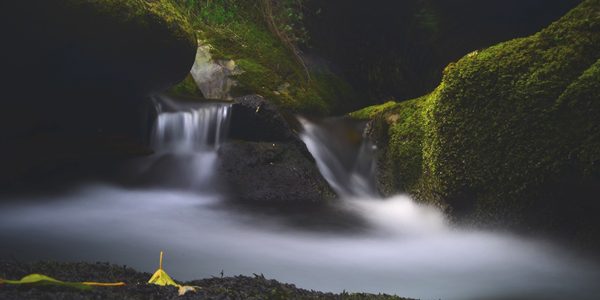 Here’s an argument for atheism. I call it the Argument from Results.

Note that because of the qualifier “this looks like” (rather than “this is”) in proposition 2, the conclusion must itself be qualified with “probably.” Nevertheless, “probably, all gods are manmade” is an interesting conclusion.

I think we can agree that step 3 is a reasonable conclusion given premises 1 and 2, so let’s consider the premises one at a time.

Sometimes the invention of the supernatural is deliberate. Joseph Smith created the Mormon Church. His story claims that he translated golden plates into King James English. The story doesn’t hold up, and the skeptical view is that he invented the claim of the plates.

Sathya Sai Baba (d. 2011) was an Indian guru who demonstrated his divinity with clairvoyance, resurrection, healings, materializing small objects, and more. Skeptics say that these were at best magic tricks.

L. Ron Hubbard is quoted as saying in 1948, “If a man really wants to make a million dollars, the best way would be to start his own religion.” And so he did, with Scientology.

These men seem to have deliberately created false stories, but sometimes the invention is inadvertent. One explanation for the gospels is that individual authors documented their Jesus story as their local church believed it. Oral tradition gradually changed the story, and in different places and different times, the story was different.

(Just for completeness, I’ll note that Robert G. Price argues that that everything in the gospels comes from previous writings—Paul’s epistles or the Jewish Scripture. With this view, the gospels are also deliberately invented. For more, see Price’s comment here.)

Shiva, Quetzalcoatl, Odin, Amun-Ra—mankind has invented thousands of great and lesser gods. On a smaller scale, Christianity has 45,000 denominations with many significant differences in the properties of their god.

Almost all Christians will happily agree that some gods in the world’s religions aren’t real but were invented by people.

Premise 2: This looks like a world in which all gods are manmade

Said another way: people invent gods, but it’s not just some gods but all gods. That includes the Christian god. Let me give several reasons why Christianity isn’t an exception to the “people invent gods” observation.

Compare how ideas work within religious vs. science. A new idea within science gets a hearing, and it becomes accepted (and possibly improved) or rejected. While this can take years or even decades, compare this with religion, where “Here’s a new idea that better explains the facts!” counts for nothing. New religions come into existence, but it’s not because they have better evidence. And religions do go extinct, but not because their claims weren’t backed up with sufficient evidence or their predictions didn’t come true. (More: Map of world religions.)

The Christian message looks manmade. Christianity is far too complicated to be the message from an omniscient god. Seen another way, an omniscient god who wanted to interact with us would give us a simple, clear, and unambiguous message. To take a quantitative example, the Christian site GotQuestions.org currently brags, “497,388 Bible Questions Answered!” (More: Argument from Simplicity.)

Christians claim that God loves us and passionately wants a relationship with us. They don’t have a good reason why God is so hidden. (More here, here.)

Even if believers say that religious truth isn’t clearly perceived but only dimly so (one wonders why god(s) couldn’t clearly convey the message, but ignore that for now), shouldn’t religions be converging? In this scenario, religions worldwide would be sifting clues for evidence of the supernatural. Bits of evidence from religious seekers worldwide could gradually be collected, like jigsaw puzzle pieces. Religions would converge. But, of course, that’s not at all what we see. Christianity alone creates two new denominations per day, but it’s a global phenomenon, illustrated in the tree of world religions.

The tree of world religions is like a family tree of world languages. Languages are put close to other languages that they’re related to by history, geography, and linguistic similarities. Similarly, religions are arranged by how they’re related to others by history, geography, and dogmatic similarities. But, like languages, these religions are all manmade. For Christianity to be radically different, as the only one based on a real god, it wouldn’t fit into the tree at all. Nevertheless, ancient Yahweh worship fits in nicely with other Canaanite religions of 3000 years ago, with Christianity as an unsurprising offshoot. (More here.)

In all these examples, Christianity doesn’t stand out. It’s the biggest, and that’s about it.

Conclusion: probably, all gods are manmade

Nevertheless, God might still exist despite strong evidence for these two premises. God might be deliberately invisible. He could be the Gnostic Demiurge, the builder of the world who’s not perfectly good and not all that interested in a relationship. He could be shy or deceitful or evil. He might be a deist god—a clockmaker who wound up the universe and then walked away. For the Christian to carve out a spot for God with any of these possibilities, however, is to abandon the Christian conception of God.

A popular Christian response is to flip the argument: “You haven’t proven that God doesn’t exist!” That’s true, but you don’t hold beliefs because they haven’t been proven wrong; you hold them because there’s evidence that they’re right.

World-famous apologist William Lane Craig makes a lot of flimsy arguments, and he’d like the bar set low to make his arguments more credible. All right—let’s lower the bar for this Argument from Results using his logic. Craig advises:

The premises surely don’t need to be known to be true with certainty (we know almost nothing to be true with certainty!). Perhaps we should say that for an argument to be a good one the premises need to be probably true in light of the evidence. . . . Another way of putting this [is:] you should compare the premise and its negation and believe whichever one is more plausibly true in light of the evidence.

Premise 1 is, “People invent gods.” I think most Christians would agree that that’s likelier than “People don’t invent gods.”

When I do good, I feel good;
when I do bad, I feel bad.
That’s my religion.
— Abraham Lincoln 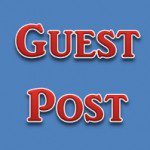 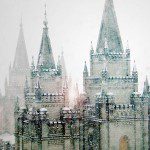 March 31, 2017 Mormonism Beats Christianity—Or Does It?
Recent Comments
459 Comments | Leave a Comment
Browse Our Archives
get the latest updates from
Cross Examined
and the Patheos
Nonreligious
Channel
POPULAR AT PATHEOS Nonreligious
1

Do You Read Banned Books?
Banned books, whether they are outlawed, ripped back into pulp, or piled...
view all Nonreligious blogs
What Are Your Thoughts?leave a comment
Copyright 2008-2021, Patheos. All rights reserved.