10 Tough Questions for the Atheist to Answer

10 Tough Questions for the Atheist to Answer April 22, 2017 Bob Seidensticker 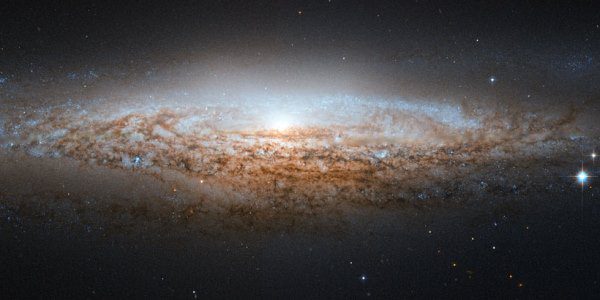 No one can demand a proof that God does (or doesn’t) exist, but where does the evidence point? Following the evidence without bias is the best we can hope to do.

A number of apologists defend Christianity with the thinking of a courtroom lawyer or detective. One of these is J. Warner Wallace. In his essay “The Christian Worldview is the Best Explanation”* he gives ten tough questions to which he claims Christianity has the better answer. Let’s take a look.

1. How Did the Universe Come Into Being?

Our universe had a beginning, but what caused it? Why is there something instead of nothing?

I don’t know what caused the universe. I don’t even know if asking about a cause (which implies an action through time) even makes sense before time existed. (And I say “I don’t know” simply because I’m parroting the consensus view of physics. If that changes, so will my opinion.)

But there’s nothing embarrassing about pointing out where we don’t know things. Science has plenty of unanswered questions, and highlighting them shows where work needs to be done. It’s not like we’ve ever learned anything new about nature through holy books or divine revelation.

That science doesn’t know something doesn’t mean that Christians do. They still must deliver evidence for the claim “God did it.” Believing by faith won’t do.

Note also that quantum events may not have causes, and the Big Bang was a quantum event. There’s no reason to demand a Big Banger, some supernatural First Cause.

As for “Why is there something instead of nothing?” show us why nothing is the default. Show us that nothing is what a godless universe would contain. In fact, physicist Lawrence Krauss argues the opposite: that nothing is unstable and would spontaneously produce something. (More here.)

More could be said on this and the other questions here, but I’ll keep it short for space reasons. Apologies in advance when I shortchange one or both sides of the argument.

2. Why Does There Appear to Be Design (Fine Tuning) in the Universe?

The constants that govern our universe appear to be remarkably fine-tuned to allow life. What explains that if not a supernatural intelligence?

I’ve responded to the fine-tuning argument before (here, here, and here). The quick answer to this question is the multiverse—an almost infinite number of other universes defined by different constants. Most of them might be sterile, but there are enough to make one or more life giving.

The Christian might imagine frustrated atheists lamenting how the appearance of deliberate fine tuning makes a deity unavoidable and then hitting on the crazy idea of bazillions of universes so that by sheer luck at least one of them will be tuned to allow life. But that’s not how it happened. A multiverse is predicted by well-established physics—both string theory and inflation.

Wallace says that explaining the appearance of design “is a problem for philosophical naturalists only because they are precluded from considering the possibility of a designer.” If someone is closed minded to the evidence, I agree that that’s a problem. However, I’m happy to follow the evidence where it leads. Science has studied supernatural claims but found only natural causes.

And how designed does the universe look? The vast majority of the universe is hostile to any kind of life that we’re familiar with. Does creating hundreds of billions of galaxies sound like what a cosmic designer would do if life on a single lonely planet was the goal?

Wallace says, “The Christian worldview is founded on the existence and creative activity of a Master Designer, and for this reason, it does not have to struggle with the appearance of design.” Show us that this is grounded with evidence and it’ll be more than just an ancient myth. Until then, not so much.

3. How Did Life Originate?

“Philosophical naturalists are still unable to explain how life began, and more importantly, their work in this area simply reveals how difficult the problem is to explain. . . . This scientifically inexplicable event can be described as nothing short of miraculous; the Christian worldview explains how the long odds against the emergence of life were overcome.”

No, the Christian worldview explains nothing. Christians can show how their theology is compatible with the question, but this isn’t evidence.

The origin of life is called abiogenesis. Though science has lots of ideas, it doesn’t have a good theory. Nevertheless, science not having an answer gives nothing to the Christian side of the question.

And Wallace’s “inexplicable” is a very bold claim. I’m sure biologists will be eager to hear his proof that abiogenesis is impossible by natural means.

Do Christians think that this or any of the scientific questions are fundamental parts of their argument? I doubt it. When science reaches a consensus on any puzzle—and science’s track record for finding answers to nature’s questions is remarkable—they’ll just drop that question and pick up something new and hope that no one notices the switch. Their argument then becomes “Science has unanswered questions; therefore God.”

* The link to this 2012 article at www.pleaseconvinceme.com is now broken.

The universe is simply one of those things
that happens from time to time.
— physicist Edward P. Tryon 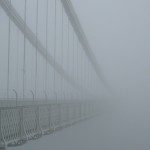 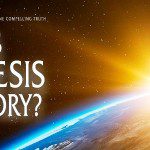