Atheists: I Need Your Help with a Scam 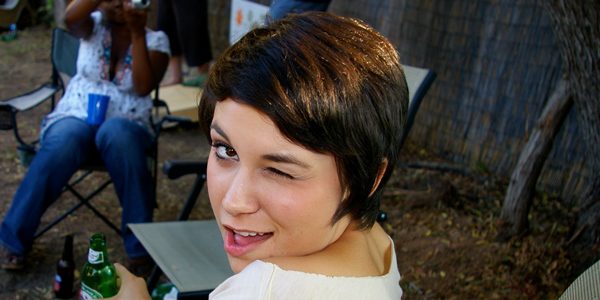 I survived Lee Strobel’s The Case for Christ movie, the story of a no-nonsense, legally trained journalist who tackled the Jesus story as an atheist (my review here). He was determined to knock down the Christian house of cards, but he convinced himself of the truth of Christianity and became a believer instead.

Stories like Strobel’s provide never-ending entertainment for Christian audiences. Here’s a smart guy, probably smarter than they are, who attacked Christianity with more energy and intellect than they could muster. The Christian ramparts were unscathed from the attack, and the enemy is now a brother.

Praise the Lord and buy some books.

Let me sketch out an alternate reality that wouldn’t be hard to create. Take the population of public atheists from celebrity authors and scientists all the way down to commonplace atheist bloggers. Imagine that a small fraction of these public atheists dedicated some time to a special kind of missionary work. Their project would be to loudly and publicly declare that, after deep study or perhaps personal tragedy, their atheism turned out to be a big mistake. Jesus lives! Whether their conversion was driven by emotional reasons, intellectual reasons, or both, they’d then lecture or write about their conversion, embraced and validated by prominent Christian leaders who would hog the spotlight with these fledgling Christians.

Think about the big deal evangelical Christians made when philosopher Antony Flew moved from atheism to deism in 2004. Many Christians eagerly declared him atheism’s most celebrated philosopher as they claimed him for their own, even though his conversion was built on scientific arguments he wasn’t qualified to evaluate (more here).

Consider the remaining Four Horsemen—Richard Dawkins, Sam Harris, and Daniel Dennett—and imagine what a catch any of them would be to today’s Christian establishment. Or imagine prominent atheist intellectuals like Lawrence Krauss, Steven Pinker, Dan Barker, or Richard Carrier. Or cocky and obnoxious atheist bloggers and speakers like PZ Myers, Matt Dillahunty, David Silverman, or Aron Ra—wouldn’t it be gratifying to see them with their tail between their legs coming to the Truth? As new Christians, they might write books with titles like I Was Wrong: How a Professional Atheist Found Jesus and appear on conservative and Christian shows, embracing leaders like Pat Robertson and Joel Osteen and telling their inspiring story of deliverance.

And then, maybe a year after their immersion in Christianity, the new Christian would reveal that it was all a spoof! Then they’d lecture about that—about the Christian celebrities who declared that God assured them that the ex-atheist’s heart was pure or about the publicity tour where the ex-atheist was used like a trained circus animal to raise donations. Don’t tell me that they couldn’t convincingly pull this off when many of them came from a deeply religious background—Michael Shermer, Matt Dillahunty, and Dan Barker come to mind, for example.

The goal here isn’t to humiliate the Christian establishment, though that’s a satisfying side benefit. Rather, it’s to poison the well so that the next Lee Strobel conversion claim may not be so well received. The Christian marketing machine needs to be burned a few times, like it was in 2015 with “heaven tourism” books.

If Christianity’s mechanism for winnowing the true from the false is so imperfect that a fraudulent “I visited heaven!” or “I found Jesus!” story can be this easily believed, that says something about how they find truth in supernatural claims. If they refuse to learn the lesson when it’s clearly and logically presented by these atheists today, maybe they need a little public humiliation tomorrow. If the deception part bothers you, remember that they started it. They are the ones who declare that they have solid intellectual reasons behind their faith. If that makes them feel good about themselves, that’s fine, but they can’t insist that those of us in the reality-based world swallow that.

I’m half thinking about this just as a fun thought experiment . . . and half thinking that it’d be a great project to actually implement. Do you know any atheists who want an adventure? 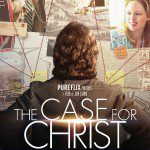 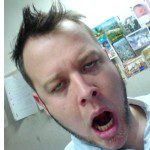