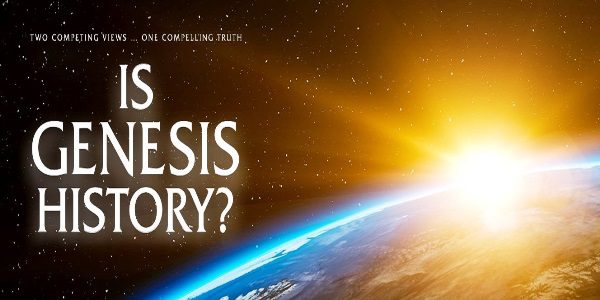 In part 1 of my rebuttal to this young-earth Creationist movie, we looked at the argument that Noah’s Flood lay down thousands of feet of sand, silt, and dead animals that was then cut into a canyon. And then, over a few thousand years, this somehow turned to stone.

I’m a novice about geology, but still I came up with several questions that I think should have been addressed. Unsurprisingly, the fact that conventional geology nicely answers each one was also ignored. Let’s continue.

Our next expert is Paul Nelson, a philosopher. He contrasted the two major views of the history of life and the universe. There’s the conventional paradigm of a 13.7 billion-year-old universe with things happening naturally, gradually, bottom up, and without design. Against that is the Genesis paradigm, which imagines a much shorter time scale and a divine intelligence that designed things. The data we have will be interpreted in different ways, depending on your paradigm.

Let me suggest different descriptions of these two paradigms: one is built on evidence, and one is built despite it. Instead of interpreting data through the lens of a worldview, the honest scholar follows the data and builds a worldview as a conclusion.

And why does this Christian philosopher propose two views? If we’re going to free ourselves from the scientific consensus and cast the net wider, why reach for just young-earth Creationist Christianity for an alternative cosmology? Why not also get the Hindu view and some traditional Native American views and the flat-earth view?

The philosopher stated that Christians have a witness that the scientists don’t have: the Bible. He was dismissed the idea that this approach pits science and religion against each other (a failed attempt that we will see repeated later).

Next was hebraist (Hebrew scholar) Steven Boyd. (Uh, yeah—I always turn to Hebrew scholars when I have a puzzling question about cosmology.) He tells us that the Bible’s authors clearly thought they were talking about real events. Yes, it really was six literal days (yom means “day”). Yes, it really was a global flood (the Flood story has dozens of instances of kol, which means “all”). Only if you impose an agenda-driven, external point of view onto Genesis would you come up with anything else. He asks, Why else would these authors want future generations to learn their history?

You could ask the same of Homer. Why would he want to pass along the Iliad? Presumably to tell his listeners that they were Greeks, descended from gods. But even if Homer thought the Iliad was history, that doesn’t make it so. The same is true for the Old Testament and its authors.

He said that the Table of Nations in Genesis 10, which listed Noah’s sons’ descendants, was more evidence that the flood was global, since it touched on every society. I wonder, though, where the father(s) of the pre-Columbian societies in the Americas are in that list—the Mississippian culture or the Olmecs, Mayans, Incas, Nazca, and dozens of others. Or the other important civilizations far from the Fertile Crescent. How do they fit into the myopic viewpoint of Genesis?

He talks about the genealogy listed in the Old Testament (all the “begats” in Genesis) and the two (incompatible) lists given for Jesus. This again shows the Bible’s historical foundation.

Yeah, if the Bible were trustworthy, this might be good evidence. You’ve done nothing to show that it is.

He said about the Adam and Eve story as the origin of mankind, “The biblical text is not compatible with the conventional paradigm” of evolution.

Uh, yeah, you got that right.

Andrew Snelling (geologist) was the next expert. He gave several examples of monumental volcanism—the Yellowstone supervolcano (in Wyoming), which sent ash as far south as Texas, or the Deccan Traps, which is a million cubic kilometers of basalt (solidified lava) in central India. He declared that you can’t use today’s rates of volcanism as a standard, because he wants to compress all prehistoric volcanism into little more than one millionth the time that conventional geology gives for it. He didn’t explain why this makes more sense of the data or address the question of how the environment would be different with that much concentrated volcanism.

As for evidence that today’s rates of volcanism can’t be applied to the past, his argument seemed to be (my paraphrase), “Have we had any supervolcanoes in human history?? Well, there you go.”

If volcano magnitude follows a power law distribution (as with earthquakes), it’s not surprising that the last 10,000 years haven’t overlapped with any of earth’s most dramatic volcanic events of the last billion years. (Oops—was it inappropriate to bring up the idea of long time to neatly explain an issue?)

Next on the chopping block was conventional geology’s use of radioisotope dating. We’re told that today’s slow radioactive decay rates can’t be assumed in the past. (Why not?) To prove the unreliability of this dating method, he explained how he had samples from a single rock layer tested using different isotopes. The tests returned dates that were all over the map.

I heard him relate this anecdote in person years ago. My reaction to that is here.

We’re told at the end, “It’s not a question of science versus the Bible”; rather, it’s two different views of earth’s history.

Right, and the two different views are incompatible. It is indeed science versus the Bible—you can’t have them both. Christians can’t allay their concerns about being antiscientific with the arguments in this movie. They must choose between the option with the evidence and the remarkable track record of telling us about nature and the one with the Bronze Age god who likes human sacrifice. 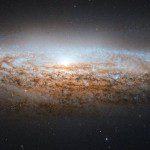 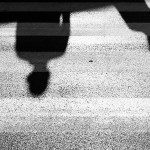 April 26, 2017 10 Tough Questions for the Atheist to Answer (2 of 3)
Recent Comments
50 Comments | Leave a Comment
Browse Our Archives
get the latest from
Nonreligious
Sign up for our newsletter
POPULAR AT PATHEOS Nonreligious
1