A Dozen Responses to the Transcendental Argument for God

A Dozen Responses to the Transcendental Argument for God May 1, 2017 Bob Seidensticker 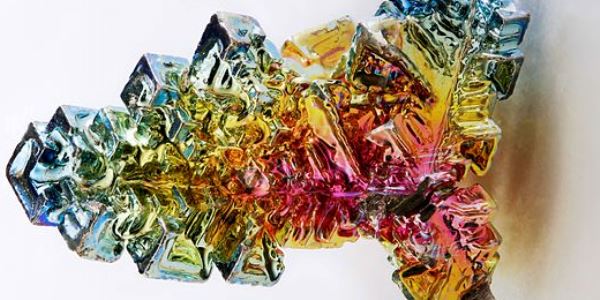 Have you ever thought about what grounds the laws of logic and mathematics? We know that they work, but why?

The Christian apologist has a quick answer: because of God. They exist and are sustained by God. The Transcendental Argument (TAG) challenges the atheist to resolve this any other way. What besides God could possibly explain the existence of something fundamental like logic? (To see the Christian case for this argument, read the selection from my book Cross Examined in an earlier post.)

This argument is of particular interest to me because I was introduced to it in a radio interview—not the best place for careful study and contemplation before stating one’s intellectual position—but more on that later.

1. TAG is just a deist argument

God gave us logic, you say? It’s curious then that this God-given logic can’t prove that it was God who did it and not Brahma or Odin or Moloch.

TAG is a deist argument. If it convinced you, you’d be a deist, not a Christian. The Christian apologist would be obliged to use different arguments to show that the deity was the Christian god, not some other god.

2. We don’t get physics from Christianity

Next, notice that we’ve never gotten physics from Christianity before. Why go to Christianity now to find the fundamental basis for physics? Yes, the Bible tells us how everything got started, but science gives the evidence to make clear that the Bible is wrong.

Nothing useful has ever come from resolving a science question by concluding that God did it. No honest seeker of the truth says, “I don’t know what causes this thing … so therefore I do know! It must’ve been God.”

See also: Do Atheists Borrow From the Christian Worldview? A Parable.

Many apologists dodge the “Can God make a rock so heavy he can’t lift it?” puzzle by saying that God can’t do anything illogical (for example, here and here)—he can’t make an impossibly heavy rock, a square circle, a married bachelor, and so on. The question is ill-formed. (Of course, you could say that if Christians can conclude that the Trinitarian god is both three and one, a mere logical impossibility should be child’s play, but let’s set that aside.)

By saying that God can’t make something that’s logically impossible, however, they create another problem as God’s actions become constrained by an external logic. If God is bound by logic, logic isn’t arbitrary. God can’t change it. He acts logically because he must, just like the rest of us.

This creates a Euthyphro-like dilemma: either God is bound by an external logic (and God answers to a fixed logic that he can’t change) or he’s not (and logic becomes arbitrary—it is what it is simply because God said so, and he could change it if he wanted to).

The apologist will try to propose a third option (again, as with Euthyphro): logic is simply a consequence of God’s nature. It’s neither external nor arbitrary. But this simply rephrases the problem. Is this nature changeable? Then logic is arbitrary. Is it fixed? Then God is again bound by logic.

How could God be the origin of logic if he’s bound by it?

4. Could God create logic and mathematics? Or is he bound by them?

Think about God creating arithmetic for a moment. Were God’s hands tied in creating arithmetic, or did he have some creative control? For example, 2 + 2 = 4 in our universe. Could God have made 2 + 2 = 9? If so, prove it. And if not, God was obliged to make arithmetic the way it is and unable to create any other kind. Here again, he answered to an external reality.

5. Consequences of a godless universe

But let’s assume the apologist’s argument and see what happens. God created logic, and logic is the way it is because God made it so. If God’s role here is important, a godless universe must be dramatically different. A godless universe could then have no logic or different logical rules.

In our universe, the Law of Noncontradiction tells us that X can’t be the same thing as not-X. Something can’t simultaneously be a rock and not-a-rock. But the apologist’s argument tells us that, without God, logic is up for grabs. In a godless universe, something might be a rock and not-a-rock. But this is an incredible claim that needs justification. TAG gives none.

Can God make a rock so heavy
that hitting His head with it
would explain the change in personality He underwent
between the Old Testament and the New Testament?
— commenter GubbaBumpkin 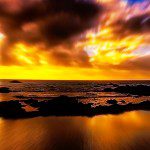 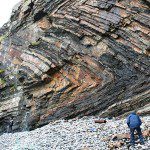 May 3, 2017 Movie Review: “Is Genesis History?” (Part 3)
Recent Comments
146 Comments | Leave a Comment
"What if god spoke to the prophet and told them to plagiarize the prior prophecy? ..."
JustAnotherAtheist2 8 Tests for Accurate Prophecy and ..."
"I was reading John Loftus' essay in "The Christian Delusion" again last night. This discussion ..."
Ignorant Amos Bible Prophecies: a Miracle Victory and ..."
"I would add (in honor of 7th Day Adventist prophet Ellen G White) that the ..."
Aloha 8 Tests for Accurate Prophecy and ..."
"He only needs to look out into his own back yard ffs.https://i.pinimg.com/474x/8..."
Ignorant Amos Bible Prophecies: a Miracle Victory and ..."
Browse Our Archives
get the latest from
Cross Examined
Sign up for our newsletter
POPULAR AT PATHEOS Nonreligious
1

'No gratuitous violence in the Bible,'...
The Freethinker
Books by This Author Books by Bob Seidensticker