Scholarly Consensus for the Resurrection? Not Really. 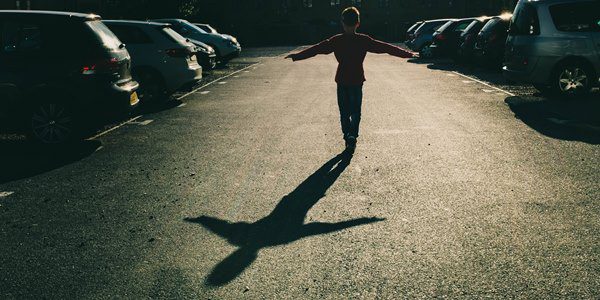 Theologian Gary Habermas has for over fifteen years cataloged articles debating the empty tomb of Jesus and the resurrection. From the thousands he has collected, he concludes:

75% of scholars today say that resurrection or something like it occurred.

(He also cites the same percentage in favor of the empty tomb, but the resurrection is the more sensational claim.)

It would seem that scholars are heavily in favor of the resurrection conclusion. However, a closer look (informed in large part by an excellent article by Richard Carrier) shows a very different conclusion.

This is not peer-reviewed scholarship

Habermas admitted in 2012, “Most of this material is unpublished.” With his data secret, his conclusions are uncheckable. Carrier says that Habermas has denied repeated requests to review his data.

Habermas cites the ever-growing list of articles in his database (3400 at last count), but what does the 75% refer to? Is it 75% of the database articles? If so, how does he deal with multiple articles from one author? Or is it 75% of authors? If so, are professors and street preachers weighed the same? If it’s 75% of scholars, are experts in the fields of theology and philosophy given equal weight with experts in history? What journals and other sources does he search?

Habermas assures us that he is careful to include scholars both friendly and unfriendly to the resurrection idea, but how do we know without seeing the data?

Carrier gives Atlantis as a possible parallel. Even though belief in Atlantis is a fringe idea, there may be more published articles defending the idea of Atlantis simply because defenders are more motivated, and those who reject Atlantis may feel that this is uninteresting or that the few skeptical articles out there already address the issue.

That Habermas’s database can’t correct for motivation and hasn’t been peer reviewed makes his conclusions useless, but there’s more.

What fraction of the pro-resurrection 75% are Christians? Not having the data, we don’t know, but I’ll guess 99%. I’ll grant that Christians are as smart as anyone else, but does their religion bias their conclusions?

Here’s why I ask: consider polling a group of Muslim scholars. They have no bias against the supernatural, and they understand the Jesus story. But ask them about the resurrection, and they will universally reject it.

Habermas admits that 25% in his database reject the resurrection claim. Even if we were inclined toward Habermas’s conclusion, is this the foundation on which to build the conclusion that Jesus rose from the dead? Extraordinary claims require extraordinary evidence, and most of some scholars accepting the resurrection ain’t it.

In an Olympic figure skating event, just 75% of the judges might pick the winner, but that’s not a reliable route to validate a fundamental truth claim.

Or maybe that 75% is compelling!

[Ask those who reject Habermas] what source of information they have that leads them to disagree with over 75% of the trained scholars who have studied this question. How did they come by such insight? How would they refute the evidence of the resurrection which has led so many scholars to the contrary conclusion?

Habermas is happy to reject the conclusion of 99% of the experts who understand evolution (see his attitude toward evolution here, here, and here). Ditto for William Lane Craig. Neither is in a position to object to anyone rejecting the 75% conclusion about the resurrection.

There are no grounds by which a layman like Habermas can reject a consensus in science. This problem doesn’t exist within religion because there is no consensus! (I explore that more with the example of the Map of World Religions.)

Habermas counts votes in only two categories. To see the mistake behind this, consider a 1979 ad for the Bic razor that claimed, “In our test, 58 percent found the Bic shave equal to or better than the Trac II shave.” Notice that the 58% is composed of two subsets: those who found the Bic better (it was the cheaper razor, so I’m guessing this was quite small) plus those who had no opinion. We can only guess, but suppose the fractions were 8% for Bic better, 50% couldn’t tell, and 42% for the Trac II better. With this, the message is suddenly quite different, and it all comes from slipping the large Undecided group into your preferred category.

That’s the problem with Habermas. He counts two categories of authors who cared enough to write a paper and succeeded in getting it published, (1) those in favor of the resurrection hypothesis and (2) those not. But don’t forget category 3, “Other,” composed of scholars who have no opinion or who couldn’t be bothered.

Historians may be the only category of scholar qualified to have a relevant opinion on the historicity of the resurrection (though Habermas doubtless includes many philosophers and theologians). Few historians of pre-Roman Britain or ancient Egypt or Ming dynasty China will have written about the resurrection, but the consensus of historians universally scrubs supernatural stories out of history. Historians are an enormous silent majority that Habermas doesn’t count and that would discard his conclusion if he did count them. Relevant scholars who reject or have no opinion on his hypothesis doubtless overwhelm those who accept it.

What biblical scholar can speak freely?

How many of the scholars in Habermas’s database signed a statement of faith at their place of employment? That is, how many are not free to follow the facts where they lead but have their jobs and even careers on the line if they stray?

Consider what happened to Mike Licona when he wrote a 700-page book in 2010 containing a single conclusion objectionable to fundamentalists. He lost two jobs and was out on the street. Christian scholars in such positions are unable to be objective, and every scholarly conclusion of theirs is suspect. Their statements of faith hang like a Sword of Damocles over their heads.

This includes Gary Habermas himself. The statement of faith at his Liberty University says, in part, “We affirm that the Bible, both Old and New Testaments, though written by men, was supernaturally inspired by God so that all its words are the written true revelation of God; it is therefore inerrant in the originals and authoritative in all matters.”

Dr. Habermas, about that conclusion of yours: is that you or your faith statement talking?

But forget all that for a moment. Let’s pretend this argument—“Given the crucifixion, heavy stone, and guarded tomb, how do you explain the empty tomb??”—is strong. The most we could say in response is, “Wow, good question—I dunno.” Habermas wants to jump to the most ridiculous option possible, that it’s all part of the perfect (yet unaccountably convoluted) plan of a supernatural being who created the universe.

Anything explained has been explained to date with naturalistic explanations, and Habermas would need to show why this situation is the counterexample. Until then, we already have a bin for the hundreds of other false supernatural tales, and that’s where this one belongs.

Habermas says about his database, “The result of all these years of study is a private manuscript of more than 600 pages.” That’s an impressive project, and yet his argument crumbles under scrutiny. This frequently-cited database is no proxy for a simple poll of historians.

A poll would have been far less work, and it actually would’ve provided useful information—just not the information that Habermas would like to see.

Continue: “Responding to the Minimal Facts Argument for the Resurrection” 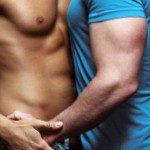 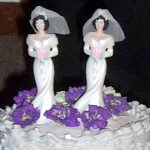