The Bible Defeats Its Own Resurrection Story

The Bible Defeats Its Own Resurrection Story August 16, 2017 Bob Seidensticker

I’ll be attending the American Atheist conference in Charleston, SC this weekend. Look me up if you’re there! 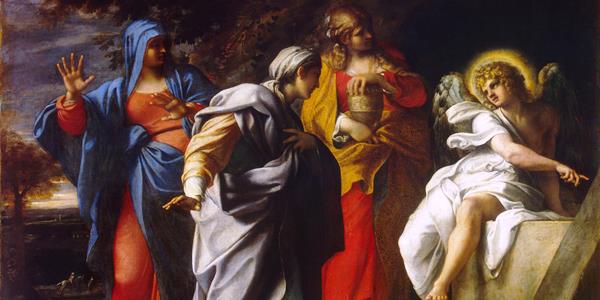 Let’s step through the gospel’s crucifixion and resurrection story. With careful attention to the details, we’ll see that some of the popular arguments made by Christian apologists fall apart.

Many Christian apologists insist that the resurrection was documented by eyewitnesses. Their motivation makes sense—the resurrection is the punch line of the story, and the authors can’t simply be passing along a popular yarn. Only eyewitness authors would be credible.

We must start by setting a baseline: to witness a man’s resurrection from the dead, you must (1) see him alive, then (2) see him dead, then (3) see him alive again. Obvious, I realize, but you’ll see why this is important.

We’ll start with the crucifixion story in Matthew. If this was an eyewitness account, then one of the disciples has to author Matthew. This requires that the author personally experience the three elements of any resurrection above.

Let’s pick up the story when Jesus is arrested. What happens next is, “Then all the disciples deserted him and fled” (Matthew 26:56b). The next day when Jesus was crucified, “Many women were there, watching from a distance” (Matt. 27:55) including Mary Magdalene and Mary the mother of James and Joseph. There were men present—passersby who insulted Jesus and Roman guards—but no disciples.

With no male disciples to observe the crucifixion, this eyewitness claim fails in point 2 above: you must see him dead if you want to later claim a resurrection. Matthew doesn’t even claim any disciples at the empty tomb. Note that Matthew never claims to be an eyewitness; that addition is made by Christian apologists.

But what about the women? They were there. The two Marys saw the crucifixion, they saw Jesus die, they saw the burial in the stone tomb, they saw the empty tomb, and they saw the risen Jesus. They were part of the inner circle, and surely their word was good enough.

The first problem is that the author of Matthew is still not an eyewitness. At best, he simply reported a story he’d been told.

And as for the women’s story being a reliable report, a popular Christian apologist argument won’t allow that. Here’s Greg Koukl’s version:

Women, disrespected in the ancient world, are the first to witness the risen Christ. Why include these unflattering details if the Gospels are works of fiction?

I’m arguing that the gospels are legend, not fiction, but set that aside. Koukl is using the Criterion of Embarrassment: why say something embarrassing about yourself unless it’s true? If women witnessing the empty tomb is embarrassing but that story element is still in each gospel, doesn’t that point to it being true?

It turns out that women being the sole witnesses at the tomb is not at all embarrassing. In fact, it’s the only way an empty tomb works in a culture where caring for the dead was women’s work (more here), but let’s ignore that as well and watch the apologists dig their hole deeper.

[The reasons supporting Jesus’s empty tomb] include the potentially embarrassing but unanimous agreement in all four Gospels that women were the earliest witnesses. (Gary Habermas)

The discovery of the tomb by women is highly probable. Given the low status of women in Jewish society and their lack of qualification to serve as legal witnesses, the most plausible explanation . . . why women and not the male disciples were made discoverers of the empty tomb is that the women were in fact the ones who made this discovery. (William Lane Craig)

Anyone trying to pass off a false resurrection story as the truth would never say the women were the first witnesses at the tomb. In the first century, a woman’s testimony was not considered on par with that of a man. An invented story would say that the men—the brave men—had discovered the empty tomb. Yet all four gospels say the women were the first witnesses—all this while the sissy-pants men had their doors locked for fear of the Jews. (Frank Turek)

These apologists insist that women were seen as unreliable witnesses. This means that they can’t argue that while the author of Matthew wasn’t technically an eyewitness, that’s unimportant because he trusted the women’s report. They’ve left Matthew with no authority from which to document the most important (and least believable) part of the gospel.

See also: Why the Gospel of Mark Is Likely NOT an Eyewitness Account

Perhaps then Mark is the more authoritative gospel. However, Mark’s story is almost identical. After the arrest, “everyone deserted [Jesus] and fled” (Mark 14:50). Again, women watched the crucifixion from a distance. The two Marys are mentioned along with Salome, but there are no male disciples. The women saw the burial and they brought spices on Sunday morning, where they saw the empty tomb.

Mark’s ending is the big difference when compared with Matthew. The women see a young man in a white robe who tells them that Jesus has risen and that they should tell the disciples to meet Jesus in Galilee. The gospel ends, “Trembling and bewildered, the women went out and fled from the tomb. They said nothing to anyone, because they were afraid.”

The problems with Mark are the same. The author wasn’t an eyewitness to the death or resurrection, and the apologists’ own “women are unreliable” argument prevents the author from using them as reliable sources. Mark adds a unique problem: with its abrupt ending, how did anyone learn of the story since the women kept it to themselves?

Gospels of Luke and John

Luke and John correct most of the problems. Luke doesn’t have the disciples run away at the arrest of Jesus. At the crucifixion, “All those who knew him, including the women who had followed him from Galilee, stood at a distance, watching,” so the men were presumably there.

Men are also added to the empty tomb element: women saw the empty tomb and told the disciples, and Peter ran to the tomb to see for himself. Here again, though, Peter was only an eyewitness to an empty tomb. He only had the women’s authority that this was the one that had held Jesus’s body, since no disciple witnessed the burial.

The story in John is similar except that one disciple is mentioned as a witness along with a few women, and two disciples ran back to see the empty tomb.

(This is an aside, but I can’t resist pointing out one more awkward element in the crucifixion story. According to John, when Jesus is on the cross, he sees his mother and “the disciple whom he loved.” Presumably concerned about who would care for Mary after his death, he said to her, “Woman, here is your son,” and to the disciple, “Here is your mother” (John 19:26–7). But Mary already had another son! Why would Jesus do this when James the Just was his brother? One simple explanation is that James’s assuming leadership of the church after the death of his brother Jesus was a later tradition, and the gospel of John documents the original tradition, that Jesus had no brothers.)

The resurrection is a ridiculous claim that needs a mountain of evidence to support it. Where is this evidence? We could explore how implausible it would be for this dying-and-rising god story to be history, unlike all the others and unlike the supernatural stories of other religions, but we don’t need to go there. Staying within the Bible, the claim that Matthew and Mark are eyewitness accounts fails, and apologists’ own “women were unreliable” argument makes their situation even more desperate.

Acknowledgement: This post was inspired by an insightful comment by Bradley Bowen, an author at Secular Outpost here at Patheos.

Blasphemy:
a law to protect an all-powerful, supernatural deity
from getting its feelings hurt.
— Ricky Gervais 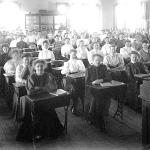 August 14, 2017
8 Lessons Learned from the Minimal Facts Argument
Next Post 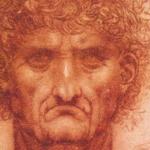 August 18, 2017 8 Lessons Learned from the Minimal Facts Argument (2 of 2)
Recent Comments
2,411 Comments | Leave a Comment
Browse Our Archives
get the latest updates from
Cross Examined
and the Patheos
Nonreligious
Channel
POPULAR AT PATHEOS Nonreligious
1