What Good Is Philosophy? 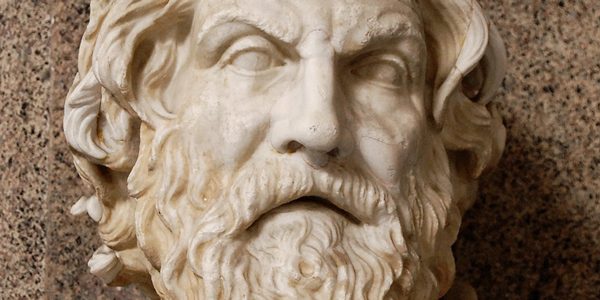 This post will annoy some of my friends, and maybe with good reason. Perhaps I have it wrong. I’m sure you’ll let me know if I do.

Christian philosophers like William Lane Craig often bring popular philosophy into the study of problems in physics and biology as if they’re making an important contribution to the scientific conversation. Offering common sense tips serves no purpose, because obviously the scientists are already aware of them. But scientists aren’t Craig’s audience. He’s posturing to ordinary people.

Nope. Craig defends it this way:

[This] step is so intuitively obvious that I think scarcely anyone could sincerely believe it to be false. I therefore think it somewhat unwise to argue in favor of it, for any proof of the principle is likely to be less obvious than the principle itself.

I guess we know that this intuitive observation is true just cuz.

Wouldn’t it be simpler as “Everything has a cause”? Craig tips his hand with the clumsy “begins to exist” qualifier. If everything has a cause, then God must have a cause, and Craig can’t have that. He wants to imagine that God has no beginning and so needs no cause, and so Craig adds the phrase to preserve his presupposition. He appeals to common sense when it suits him but ignores it when it doesn’t.

Worse, in this example, Craig’s intuition turns out to be wrong! The Copenhagen interpretation of quantum physics (there are other interpretations, but this one may be the most popular among physicists) says that some events at the quantum level have no cause. For example, when thorium-234 naturally decays into protactinium-234, the nucleus emits an electron. The electron wasn’t in the nucleus before, and it had no cause. The universe at the beginning of the Big Bang might have also been a cause-less quantum particle.

Craig could respond that this interpretation may be overturned. That’s right, but Craig has lost certainty in the truth of his platitude. (More in response to Craig’s Kalam Cosmological Argument here.)

Another example is, “Nothing comes from nothing. Nothing ever could.” Actually, this isn’t from Craig but from a song from the film The Sound of Music. Craig’s pop philosophical version is no more profound: “Out of nothing, nothing comes.”

True to form, he vacuously defends his fundamental axiom by saying that it “is as certain as anything in philosophy and . . . no rational person sincerely doubts it.” Apparently it’s the fear of Craig calling us irrational that supports this axiom, not reason. One wonders if Dr. Craig would accept this childish argument from one of his students.

And note how he attacks his own position. If something can’t come out of nothing, how can God have created the universe out of nothing? Even more confusing, it’s not clear that God did create out of nothing. The Old Testament has different creation stories, including one where Yahweh creates the world out of the carcass of the slain chaos monster Rahab (this Combat Myth is discussed in depth here).

A related challenge is Leibniz’s “Why is there something rather than nothing?” That’s a provocative question until you realize that it assumes that nothing is the default. But why would that be? That’s a bold claim that must be defended.

And why would Christians attack with this challenge when they don’t assume that nothing is the default? They assume that God is, which is yet another claim that is asserted without evidence.

In the same way that Newton challenged the common-sense axiom that an object’s natural state is to be at rest (it isn’t, and his First Law of Motion overturns this assumption), physicist Vic Stenger concludes that nothing is actually unstable and would decay into something.

Asking why there is something rather than nothing may be as irrelevant a question as Johannes Kepler asking why there are five planets. Thanks, but I think I’ll get my cosmology from the cosmologists, not from pop philosophy.

There are other empty platitudes. That an infinitely old universe is impossible since a gulf of infinitely many moments of time would be impossible to cross. That the order in our universe demands an Orderer. That there must have been a First Cause (and the rest of Aquinas’s Five Ways). And so on.

When the latest discoveries offend your common sense, the problem is yours, not the science.

Let’s be fair. Skeptics like me also use common sense arguments—no one can rise from the dead, there are no unicorns, and so on. But these are simply starting points, initial assumptions. I’m happy to reconsider them, examine the evidence behind them, and hear evidence that my position is wrong. You say that someone has been raised from the dead? Okay, let’s see the evidence.

The same is true for the fundamental axioms of science, math, and logic. We don’t take logic’s Principle of Identity or 1 + 1 = 2 on faith; these are tested continually. Once we find a new exception, we will take steps to avoid the error.

It’s evidence vs. faith. I use evidence-based common sense starting points, while Craig uses philosophical platitudes that sound right but are sometimes simply taken on faith.

Stephen Hawking has no patience for philosophical intrusions into science. In The Grand Design, he considers mankind’s big questions (“How does the universe behave?” “Where did this all come from?” and so on):

Traditionally these are questions for philosophy, but philosophy is dead. It has not kept up with modern developments in science, particularly in physics. As a result, scientists have become the bearers of the torch of discovery in our quest for knowledge.

That may be a bit much, even for me. But bringing up pop philosophy when the topic is physics is like bringing a popgun to a gunfight.

If a thousand philosophers pontificate for their lifetimes about scientific fields in which they’re not trained, will they ever say anything true? Probably, but how do we know what is the true part? Science. Let’s cut out the middle man by just listening to science.

Concluded with some positive things to say about philosophy in part 2.

Philosophy of science is about as useful to scientists
as ornithology is to birds.
— Richard Feynman 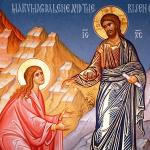 August 21, 2017
So How Does an ATHEIST Explain the Resurrection Story?
Next Post 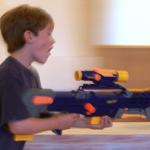