Is God of the Gaps a Valid Atheist Argument?

Is God of the Gaps a Valid Atheist Argument? September 11, 2017 Bob Seidensticker 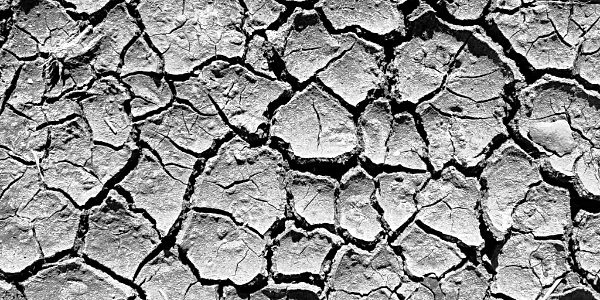 “God of the gaps” is a Christian response to the march of science. God used to explain lots of things—lightning, disease, earthquakes, and so on—but as science explained more, God could only explain less. God was forced to live in the gaps where questions remain, between blocks of well-established scientific knowledge.

Christians often still use it as an attack, demanding, “How did the first life come to be?” (or some similar unanswered scientific question). Their conclusion: “You’ve got no answer; therefore, God did it.” Science will always have a long list of important unanswered questions, so this argument is endlessly reusable.

The problem is that as those gaps in scientific knowledge are filled in, fertile ground for God belief shrinks. The image that comes to mind for me is God sitting forlornly on an iceberg that is gradually melting away. The Christian who builds his faith on a foundation of science risks that faith when that foundation shifts.

The second problem is that it assumes too much. Sure, Christianity can answer questions that science can’t, but are those answers worth listening to? “I don’t know how this works; therefore, God did it” is no solid foundation on which to build a worldview. There’s no more evidence that “God did it” than that Zeus or the Flying Spaghetti Monster did it. And “God did it” is a claim, not a conclusion.

Christians have several responses. Here’s a snarky Christian characterization of the atheist position:

But now, in the fullness of time, we have seen a great light . . . and this light has chased God out into the shadows. To this day, science continues to replace God-filled gaps in our understanding with all-natural ingredients. And since we don’t need God to explain the existence of the nature of the universe, we don’t need God, period.

[The god-of-the-gaps] objection is rooted in the idea that because a number of things throughout human history have been wrongly attributed to the supernatural activity of God or gods, we can now safely dismiss God as a cause behind anything else we observe

In other words, science doesn’t have all the answers yet, but it will! This is the science-of-the-gaps fallacy, also called the Argument from the Future (because the future will resolve the problems we can’t today). This has been cleverly distilled into, “I don’t know, therefore not God.”

Whatever you call this argument, I don’t make it. I don’t say that God couldn’t be the explanation for anything within nature, just that that’s where the evidence (or lack of evidence) points.

First, I don’t reject the possibility of God. And second, “the supernatural” has never been shown to be an explanation for anything. The search for the supernatural is not at all parallel to the search for extraterrestrials, which is simply a search for life (which we know exists) that uses technology (ditto).

Christians point to something, not nothing?

Greg Koukl of Stand to Reason pushed back against the god-of-the-gaps charge. Taking just the Intelligent Design argument, he says it doesn’t point to a lack of evidence and then imagine a Designer; rather, it is an argument itself. And when there’s some unanswered question about evolution, each side—both ID and evolution—must fill that gap.

He tells his evolution opponent, “When you get [an answer] in the future, you can stick it in the gap. . . . But in the meantime, reason and rationality require that we go with the odds-on favorite given the evidence that we have right now” (@24:29).

The what? The “odds-on favorite”?? No supernatural explanation has ever successfully explained anything. And note that the naturalistic answer would depend on what the question is; that’s why the answers are hard to come up with. The ID answer is always the same—God (or “a Creator,” if you prefer) did it, breaking unknown laws in unknown ways. They’ve got a one-size-fits-all answer that answers nothing.

Christians, either use science or don’t. If you don’t, that’s fine, but then tell me that you simply believe by faith. And if you do use science, then man up and take a stand on the scientific issue that you raise. Tell me that your faith is built on there being no scientific explanation for abiogenesis (or whatever the question is), and if one is found, your faith ends.

The alternative (which I’m sure you’ll choose) is that you’re simply parroting the Unanswered Scientific Question Du Jour. When it gets answered by science, you’ll pick a new one and hope we don’t notice. You’re always retreating, always moving the goalposts, never taking a stand. Your argument then is nothing more than “Science has unanswered questions; therefore, God.”

These Christians are abusing science, not using it. It’s not just that they pick and choose scientific facts to support the conclusion they’ve already chosen (rather than following the evidence), but they dishonestly identify questions within science as if they mean something.

A recent article from the Discovery Institute is an example. It begins, “It looks like 2017 could become some kind of genuine annus horribilis [horrible year] for the established scientific consensus on human evolution. It all began with five discoveries that made worldwide headlines earlier this year.”

So what are you saying? That evolution is now on the ropes? Or are you just spinning interesting questions (and biologists delight in finding new puzzles to work on) to be knockout punches, knowing that they are nothing of the kind?

When the dust settles, we still have the popular Christian argument: “How do you explain abiogenesis?” or “What came before the Big Bang?” or whatever. They’re valid scientific questions, but having no answer is no challenge to atheism or support for Christianity.

It’s like these Christians are reading a long book about science. They are impatient with the slow progress, so they turn to the back and find that the last pages are blank. Unable to stand the tension, they pencil in “God did it.”

That works, as long as you don’t care about being right. 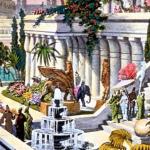 September 7, 2017
Liars for Jesus: Does Daniel Predict the Future?
Next Post 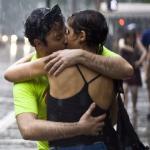 September 14, 2017 God Is Love—Does That Make Any Sense?
Recent Comments
118 Comments | Leave a Comment
Browse Our Archives
get the latest from
Cross Examined
Sign up for our newsletter
POPULAR AT PATHEOS Nonreligious
1