Liars for Jesus: Does Daniel Predict the Future?

This blog has had over 2.5 million views and a quarter of a million comments, and it recently had its sixth anniversary. Thanks for your readership! 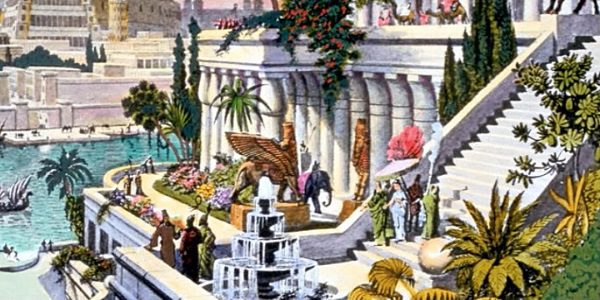 Good for you, O king—we could do with more of that skepticism today.

Of the king’s advisors, only Daniel is up to the challenge. In chapter 2, we learn that the king had dreamed of an enormous statue with gold head, silver chest, bronze loins, iron legs, and feet of iron plus clay. The statue is then destroyed by a huge rock.

Daniel tells him that the statue shows the future succession of kingdoms. Gold represents Babylon, and the subsequent kingdoms become baser (gold to silver to bronze to iron) and more powerful. Finally, they will be swept away by the rock of God’s kingdom.

Daniel then has his own vision, a dream of four beasts (chapter 7). We see the beasts in succession, and, like the succession of metals, they represent the future kingdoms. The first is a lion with eagle wings (though we might call it a griffin, that also describes a cherub), then a bear, then a leopard. The final beast has iron teeth and is the most terrifying and destructive. It initially had ten horns, which represent ten kings, but then three were replaced by a new little horn that spoke boastfully. Again, all is swept away in the end.

It’s not too hard to map these symbols onto the history of the Middle East. (My primary skeptical source for this analysis was “The Failure of Daniel’s Prophecies” by Chris Sandoval—thorough and highly recommended.)

In Babylon—remember, that’s the context of the story—the cardinal directions are represented by animals. The lion is the south (Babylon), the bear north (Media), and the leopard east (Persia). That leaves the west for the dragon (Greece).

Mapping this onto Nebuchadnezzar’s dream, Babylon is gold, silver Media comes next, bronze Persia is next, and the iron Greek Empire under Alexander the Great is last. The feet of iron and clay represent the four weaker successor states to Alexander’s empire. The most important of these to Daniel’s story are the Seleucid Empire in Syria and the Ptolemaic Empire in Egypt.

The ten horns appear to be ten kings of the Seleucid Empire, starting with Alexander (356–323 BCE) and ending with Antiochus IV Epiphanies (215–164 BCE). Antiochus is the boastful little horn that replaced three other horns, which are three relatives killed to allow Antiochus to take the Seleucid throne.

And now it gets interesting …

Daniel has a final vision (chapter 11), describing the various wars between the kings of the north and south—that is, the Seleucid (Syrian) and Ptolemaic (Egyptian) kings, respectively. The account becomes more detailed as Antiochus Epiphanes—a “contemptible person” (Dan. 11:21)—takes power in 175 BCE. The ebb and flow of the power struggle is accurately described, including a battle where a Roman fleet prevented his victory over Egypt.

Judah was part of the Seleucid Empire at this time, and a Jewish force took advantage of the king’s absence in Egypt to capture Jerusalem. Antiochus retaliated by killing 40,000 Jews, enslaving an equal number, outlawing Jewish worship, and establishing an altar to Zeus in the Jewish temple on which pigs were sacrificed. This “abomination of desolation” (Dan. 11:31) happened in 167 BCE.

Could this accurate history have been written from the vantage point of the sixth century BCE? If so, Daniel lost his mojo at this point, because the “prophecy” then falls apart. Daniel says that Antiochus would once more attack Egypt, winning this time, and return to camp in central Palestine. And then, like the stone that destroyed the statue in Nebuchadnezzar’s dream, Michael the Archangel would open a bigly can of whoop-ass on the world that would make Noah’s Flood look like rain on a picnic. The good and wicked from all of history would go to their appropriate afterlives, and the world would end.

From the abomination until the end of the world in mid-164 BCE would be three and a half years.

But it didn’t work out that way. Antiochus didn’t fight Egypt again but took part of his army to address troubles in the east, leaving another force in Palestine to stamp out the Maccabean Revolt. Incredibly, this Jewish uprising against the mighty Seleucid empire was eventually successful, and the Hasmonean dynasty ruled a semi-autonomous and then fully independent Judea for about a century. Antiochus died of a sudden illness in 164.

Daniel “predicted” Alexander the Great, the four successor states, and the pitiless response by Antiochus in 167 BCE, but then he imagined a nonexistent victory over Egypt, missed Judah’s successful revolt, and raised a false alarm about the end of the world.

What seems likelier—that the book was written in the sixth century BCE and correctly predicted the major events in that part of the world up to just after 167 BCE but then lost its touch when it predicted the end of the world a few years later? Or that it was falsely attributed to a respected sixth-century BCE patriarch and was instead written shortly after 167 to give encouragement to a beleaguered Jewish population? In fact, this kind of after-the-fact prophecy was common enough during that time to have a scholarly name: prophecy post eventum.

Continue with more on Daniel.

Other posts on prophecy:

The scientific theory is the modern equivalence of the prophecy.
— comment by MNb 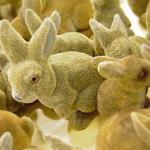 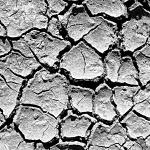