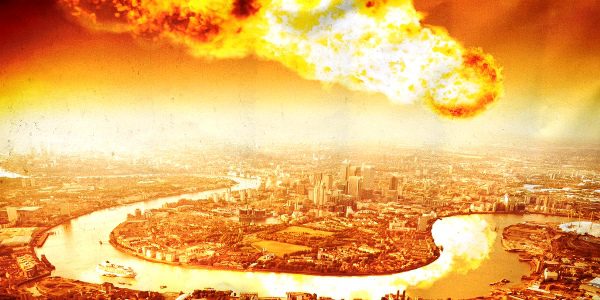 We dodged an apocalyptic bullet a few days ago. The number of years of Jesus’ life and the number of times the Bible mentions “Elohim” (the other name for God) are both 33. Count 33 days from the date of the solar eclipse, and you get September 23! There you go—end of the world.

You want a second opinion? No problem: the eclipse was on the 21st of August, hurricane Harvey began on the 25th, and flooding started on the 26th. Use those numbers to point to Luke 21:25–26:

There will be signs in the sun, moon and stars. On the earth, nations will be in anguish and perplexity at the roaring and tossing of the sea. People will faint from terror, apprehensive of what is coming on the world, for the heavenly bodies will be shaken.

How much more evidence do you want that the End will come last week? You just can’t argue with science—though you can certainly argue with numerology, wishful thinking, and whatever other nonsense is behind this argument.

Time to bring in an expert

End times prediction is strangely attractive to some apologists (I’ve written more here and here). It’s a shiny thing to a baby. Ray Comfort has made a movie about our own imminent end (“Noah and the Last Days”), and it has that je ne sais quoi that only Ray can provide. Or maybe it’s WTF.

Ray gives ten New Testament passages that make clear that we’re in the end times. “The end of the age is happening now,” he says. Let’s take a look to see if we can see it as clearly as Ray can.

But there were also false prophets among the people, just as there will be false teachers among you. They will secretly introduce destructive heresies, even denying the sovereign Lord who bought them—bringing swift destruction on themselves. Many will follow their depraved conduct and will bring the way of truth into disrepute. In their greed these teachers will exploit you with fabricated stories. Their condemnation has long been hanging over them, and their destruction has not been sleeping.

Yes, there are lots of false prophets in our time—Hal Lindsey vaguely predicted the end in 2000, Harold Camping in 2011, Ronald Weinland in 2013, John Hagee in 2015, and there have been others. But don’t imagine that naively idiotic prophecies are a recent thing. There’s the Great Disappointment of 1844. And the many failed predictions by the Jehovah’s Witnesses. This is no sign of the end. These Christian doomsday prophets have always been with us.

And now Ray Comfort is yet another prophet. Give us a specific date, Ray, so we know when to add you to the false prophets list. But be careful: the passage you just gave us says that God will judge these liars like he judged the wicked people he drowned in the Flood.

On to Ray’s next verse of what to look for in the end times:

Nation will rise against nation, and kingdom against kingdom. There will be famines, pestilences, and earthquakes in various places. (Matthew 24:7)

Yes, there are wars, but no more now than in the past. The incidence of famine and pestilence is far less today (no thanks to Christianity), and science is helping predict earthquakes and make cities more resilient. This argues against Ray’s claim. And the movie itself was shot in tourist areas of Southern California, with beautiful blue sky and palm trees (not desolation and death), a poor location to make the claim that social conditions are going downhill.

The sun will be turned to darkness and the moon to blood before the coming of the great and glorious day of the Lord. (Acts 2:20)

Consider the context of this verse. The disciples were gathered for the feast of Pentecost, shortly after Jesus had returned to heaven, and the Holy Spirit descended on them. They all spoke in tongues, and passersby marveled that each could hear God praised in their own language. In this verse from Acts, Peter is explaining that this was a fulfillment of a prophecy from Joel.

Now consider the entire quotation (2:17–21). Joel was listing what will happen in the last days, and Peter said that this visitation of the Holy Spirit indicated that Joel’s clues to the end were happening at that moment. Yes, the sun will turn to darkness and the moon to blood, but it will happen in the time of Peter and the apostles.

Another fail, Ray. You’ve really got to read these things more carefully.

There will be terrible times in the last days. For men will be lovers of themselves, lovers of money, boastful, proud, blasphemers . . . (2 Timothy 3:1–2)

Ray’s focus here is naughty words used in movies. I’ll grant that there are more R-rated movies now than centuries ago, but this seems a tiny point to put in a Top Ten list. And he’s concerned about f-bombs in movies but not concerned about the insane violence in Passion of the Christ? I’d rather have a society comfortable with rude words than violence.

It was the same in the days of Lot. . . . But the day Lot left Sodom, fire and sulfur rained down from heaven and destroyed them all. It will be just like this on the day the Son of Man is revealed. (Luke 17:28–30)

Ray interprets this as an increase in the acceptance of (shudder!) homosexuality.

You know you live in strange times when the atheist has to explain to the Christian what Bible passages mean. No, Ray, that’s not what we’re talking about here. The point is suddenness. The wicked people during Noah’s time were going about life as usual and were caught unawares by the Flood. The people in Sodom were surprised by the hail of destruction. The section continues with admonitions against going back to your house for your stuff when the end comes—just run for safety.

Yes, we’re more accepting of homosexuality. No, that’s not what this passage is about. In fact, the story of Sodom and Gomorrah in Genesis 19 isn’t even about homosexuality (more).

Finish up Ray Comfort’s Kant-Fail® Signs of the End in part 2. 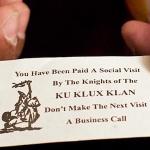 September 28, 2017
7 Tips for Arguing With a Chance of Changing Someone’s Mind
Next Post 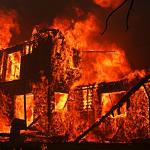 October 2, 2017 Ray Comfort Says We’re in the End Times® (2 of 2)
Recent Comments
69 Comments | Leave a Comment
Browse Our Archives
get the latest from
Cross Examined
Sign up for our newsletter
POPULAR AT PATHEOS Nonreligious
1