Computing the Probability of God 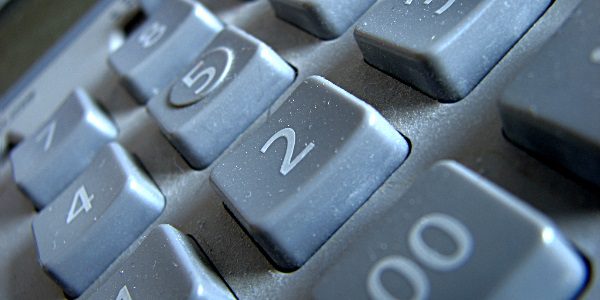 Have you heard of the Drake equation? It’s a simple product of seven values, and it attempts to compute the number of civilizations in our galaxy with whom radio communication might be possible.

Now that we have found clear evidence of planets around other stars, the equation is slightly more practical than when it was first proposed over a half-century ago, but it still demands reliable figures for factors we can now only guess at: the fraction of planets in the average solar system that could potentially support life, the fraction of those that produce life, that continue on to develop intelligent life, whose intelligent life develops technology, and so on.

How likely is God?

We have a similar problem when we evaluate the claims of Christianity.

Physicist Stephen Unwin wrote The Probability of God (2004) and, yes, he proposes to compute the likelihood that God exists. He uses Bayes’ theorem (I wrote an introduction to Bayes’ theorem here). You can take his equation below as a given, or you can see how it is derived from a more conventional form of Bayes’ theorem in the appendix. You’ll soon see that the interesting part isn’t the math but the assumptions that Unwin makes.

We start with a beginning probability of God’s existence, Pbefore. Use a scaling factor D—Unwin’s “divine indicator,” which is a measure of the likelihood of God given certain evidence—we compute Pafter. Unwin uses values of D from 10 (given a particular bit of evidence, God is much more likely to exist than not) to 0.1 (given this evidence, God is much less likely to exist).

Once he has a new probability Pafter, he uses that value as his new Pbefore and repeats the computation with another value of D, reflecting the likelihood of God given another piece of evidence. The computation is quite simple. The unreliable part, as with the Drake equation, is determining the probabilities.

We need an initial probability—the likelihood of God given no evidence. Unwin uses Pbefore = 0.5 and calls this “maximum ignorance.”

His first bit of evidence is evidence for human goodness. For this, he uses D = 10 (God is much likelier given that human goodness exists). Plug in the numbers, and the equation gives Pafter = 0.91. The equation simply provides a way to merge these different factors into a single probability for God. Here are his six factors with their associated D values:

And after all that, the probability of God is 0.67. God is likelier to exist than not.

It’s math! How you gonna disagree with that?

(Let me note that I haven’t read Unwin’s book but instead have relied on helpful critiques by Vic Stenger and The Friendly Atheist.)

I take exception to Unwin’s assumptions. First, let’s revisit our starting probability about God. Does Zeus exist? Thor? Osiris? Shiva? Quetzalcoatl? If the answer is “Are you serious? Of course not!” then why do we start with a 0.5 probability for Yahweh, especially when he looks like just another Canaanite god?

If Unwin wants to dismiss this information at the starting gate, I can accept that. But then let’s add it in as a new factor:

The probability is now down to 10–16, but we’re just getting started. There are lots more uncomfortable facts about Christianity.

Piling on: more factors to consider

The probability of God is now basically zero (10–38 if you’re keeping score at home).

The apologist might demand equal time for the Transcendental Argument, the Design Argument, the Moral Argument, and so on. I don’t think they get out of the gate (click on the links for more).

The underlying problem with Unwin’s argument is that different people will weigh the factors differently. Clues for God’s existence aren’t unambiguous. I’m sure you thought that at least some of my numbers above were off, and you may have thought of other facts that have been overlooked. Nevertheless, the attempt to make the God question quantitative, interesting though it may be, seems hopeless.

The subtitle of Unwin’s book is A Simple Calculation That Proves the Ultimate Truth. Yes, it’s a simple calculation, but no, it doesn’t prove God. In fact, the evidence points in the opposite direction.

All Westboro [Baptist Church] was
was evangelical Christianity minus polite behavior.
— Frank Shaeffer interview on Point of Inquiry

where P(~G) is the probability of God not existing. Define D as follows:

D is Unwin’s “divine indicator,” the scaling factor that represents how likely the evidence E would be if God existed rather than God not existing. Now multiply top and bottom of Bayes’ equation by 1/P(E | ~G):

Or, using the terminology of Unwin: 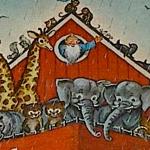 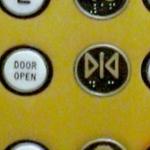