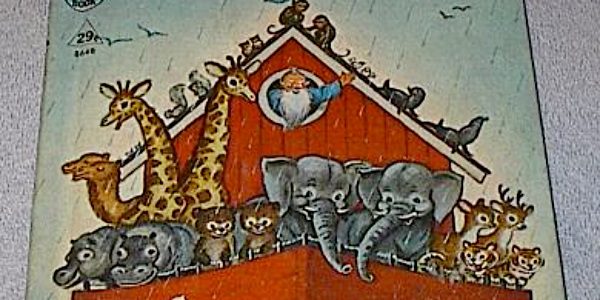 We’ve explored “Noah” the movie. Now let’s turn to Genesis to see what the Noah story actually says: Yahweh saw that mankind had become wicked, and he regretted his creation. “It grieved him to his heart.” He resolved to wipe man from the face of the earth, plus all the animals, “for I am sorry that I have made them.” (Genesis 6:6–7)

Noah was the one righteous exception, so God told him to take his family into an ark. God also commanded that he take seven pairs of all clean animals plus one pair of all other animals. After a week to get everything on board, it rained for 40 days and 40 nights. Water covered even the highest mountains, drowning everything—animals, birds, and humans.

After 40 days [this was presumably an additional 40 rain-free days, though the text is unclear], Noah sent out a dove to scout for dry land, but it returned. After a week, he tried again, and the dove returned with an olive leaf, showing that some land was dry. He sent out the dove again a week later, and it didn’t return.

Noah went to the top of the ark and saw that the land was dry. He left the ark and built an altar and sacrificed one of every clean animal to Yahweh. Yahweh was pleased, and he thought: I will never again destroy life on earth, because man is inherently evil. While the earth exists, I will preserve it.

Does that sound familiar? See what you think about this version:

Noah had three sons, Shem, Ham, and Japheth. Noah was righteous, but the earth was corrupt, and man was violent. Elohim decided to flood the earth and kill everything, and he gave Noah instructions for building an ark. It had to be 300 × 50 cubits in area, and 30 cubits tall. It needed three decks, with a door in the side and a roof on top, and it must be covered in pitch.

Noah, his family, and one pair of every living thing would be safe in the ark. They must bring provisions for them and the animals.

When Noah was 600 years old, on the 17th day of the 2nd month [I’ll abbreviate this as 2/17], “the fountains of the great deep burst forth and the windows of the heavens were opened.” Noah, his family, and the chosen animals boarded the ark. Everything else—animals and human—drowned.

The water covered the earth for 150 days, but then Elohim made a wind blow, and the water receded. The sources of the water closed. On 7/17, the ark rested in the mountains of Ararat. By 10/1, the tops of the mountains were visible.

Noah sent out a raven to see when the land was dry.

By 1/1, the ground was dry [presumably just the nearby land], and by 2/27, the earth was dry. Noah, his family, and the animals left the ark, and Elohim told them to “be fruitful and multiply.”

Both versions are in Genesis. The first version was from the J source (J because this source refers to God as “Jehovah,” which is another way of saying “Yahweh”). The second version was from the P (“Priestly”) source. They are interleaved to make Genesis chapters 6–8. (I used Richard Friedman’s The Bible with Sources Revealed and Who Wrote the Bible? to identify the two sources.)

Note the differences in our Noah accounts.

And God said, “Let there be a vault between the waters to separate water from water.” So God made the vault and separated the water under the vault from the water above it. And it was so. God called the vault “sky.”

And God said, “Let the water under the sky be gathered to one place, and let dry ground appear.” And it was so. God called the dry ground “land,” and the gathered waters he called “seas.” And God saw that it was good. (Genesis 1:6–10)

Note also what is the same. Both stories have an introduction that explains that the world was wicked but Noah was good. In the interleaved story, this appears redundant, but this is an additional clue that they were originally independent stories that needed their introductions.

Amusingly, one of God’s justifications is that the earth was full of violence (Gen. 6:11). So what does he do? He responds with a record-setting amount of violence. (Maybe irony hadn’t been invented yet.) It’s also interesting that when God told Abraham about his plans to destroy Sodom, Abraham protested (Gen. 18), and when God wanted to destroy the Israelites after the golden calf fiasco, Moses protested (Exodus 32). But when God wants to destroy the entire world, Noah says nothing in protest.

I’ve written more about the illogic of the Noah flood story here.

The theory explaining many of the duplications and different perspectives jumbled throughout the Pentateuch (the first five books of the Bible) is called the Documentary Hypothesis. It hypothesizes four different sources, with J and P being two of them. There are other doublets besides the two Noah stories—two creation stories, two Goliath stories, two stories of Abraham lying about his wife Sarah to a king, and so on—and the Documentary Hypothesis nicely explains them.

60% of Americans insist that the Noah’s ark story is literally, word-for-word true, but a far better explanation is that it is a composite of several sources of Mesopotamian mythology.

The man who prays is the one who thinks
that god has arranged matters all wrong,
but who also thinks that he can instruct god
how to put them right.
— Christopher Hitchens, Mortality 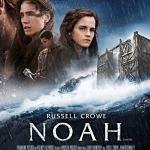 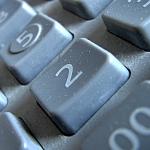