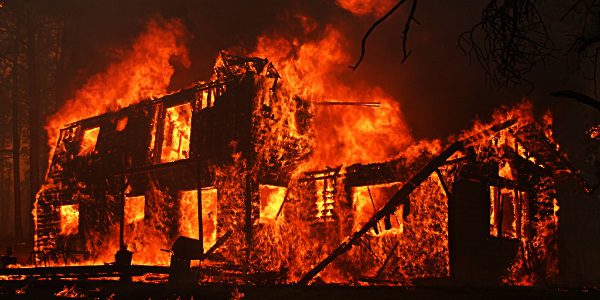 Let’s wrap up Prophet Ray Comfort’s Top Ten list of surefire clues that “the end of the age is happening now,” as he puts it. We’ve explored the first half in part 1. Let’s finish up to see if Armageddon really is around the corner.

For [although] they hold a form of piety (true religion), they deny and reject and are strangers to the power of it [their conduct belies the genuineness of their profession]. (2 Timothy 3:5, Amplified Version)

Fortunately, we have Ray to translate: this means that religious hypocrisy will be prevalent. He illustrates this by interviewing people on the street who claim to be Christians but who attend R-rated movies and have premarital sex. This is hardly a statistically sound study showing that hypocrisy within Christians worldwide is markedly greater now than it was in the past, which would be necessary to show that conditions have gotten much worse. (I’m beginning to sense that scientific rigor isn’t one of Ray’s goals.)

In the last days scoffers will come. . . . But they deliberately forget that long ago by God’s word the heavens came into being and the earth was formed out of water and by water. By these waters also the world of that time was deluged and destroyed. (2 Peter 3:3, 5–6)

So in the last days, people will deny that God created everything and flooded the world.

Ever the evolution denier, Ray scratches his head trying to figure out the logic behind panspermia. He interviews people who also don’t understand it to make his point. (No, I don’t see the relevance, either.)

Ray asks, “Do you think 70% of the earth being covered with water is a good clue that there was a worldwide flood?” Nope. The water likely came from comets, the earth may have been seeded with the components needed for abiogenesis from planets with different initial conditions than earth (that’s panspermia), and there is no evidence of a worldwide flood.

Next, Ray defends the plausibility of the Noah story. He says that the ark was enormous and that only representatives of biological families were taken on board, not species. (I’ve written about the many problems with taking the Noah story seriously here.)

Ray is right that people reject the ridiculous Flood story, and they’ve been doing so ever since science provided an alternative. I wonder, though, if gullible acceptance of Bible stories is more prevalent in recent decades with the success of fundamentalist Christianity. Ray’s concern on this point may be unfounded.

People will faint from terror, apprehensive of what is coming on the world, for the heavenly bodies will be shaken. (Luke 21:26)

In this long description of how the end will unfold, Jesus says six verses later, “This generation will certainly not pass away until all these things have happened.”

Didn’t happen. Apologists have tried to reinterpret this to avoid the embarrassing fact that the Son of Man was wrong, but their attempts are themselves embarrassing. The real test is to imagine Jesus actually saying this and then asking how his followers would have interpreted it—obviously, that the end would come within a few decades.

… in the last days scoffers will come, scoffing and following their own evil desires. They will say, “Where is this ‘coming’ he promised? Ever since our ancestors died, everything goes on as it has since the beginning of creation.” (2 Peter 3:3–4)

Good question! Where is this imminent “coming” he promised 2000 years ago? Of course there are scoffers. Given the Bible’s poor track record, what else would you expect?

The rest of this chapter clumsily tries to rationalize away the problem. You see, God has a different sense of time than we do. And isn’t it handy that the end has been delayed since it allows more people to be saved? Still, you must be ready! It could come at any minute!

Ray takes this as license to give his famous Ten Commandments test. He asks people if they’ve ever stolen something (even once), ever lied (even once), and so on. He concludes by declaring that, by their own admission, each person is a lying, thieving, blasphemous adulterer at heart. The next logical step, apparently, is to assume God’s existence and ask these sinners how God should treat them on Judgment Day.

Sorry, Ray. The Ten Commandments test assumes what you’re (ineptly) trying to prove. Your Top Ten list of Signs of the End is no better.

Religion is regarded
by the common people as true,
by the wise as false,
and by the rulers as useful.
— Seneca the Younger 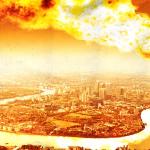 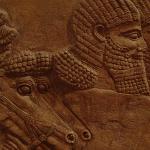 October 5, 2017 Daniel’s End Times Prediction: a Skeptical Approach
Recent Comments
44 Comments | Leave a Comment
"Frustrating. Maybe in a month, the birth pains will be a memory? Hopefully that's more ..."
Bob Seidensticker New Testament Manuscript Reliability: the Visual ..."
"Not sure how that worked but I signed up and was given the option to ..."
MR New Testament Manuscript Reliability: the Visual ..."
"I've alerted OnlySky about your not getting notified about the grand opening. I've looked on ..."
Bob Seidensticker New Testament Manuscript Reliability: the Visual ..."
"Hey, everyone! We're live at https://onlysky.media/bseid... !"
Bob Seidensticker This blog is moving!
Browse Our Archives
get the latest from
Nonreligious
Sign up for our newsletter
POPULAR AT PATHEOS Nonreligious
1