Guest Post: Silent No Longer Over the Evils of Catholicism

This is a guest post by Richard S. Russell. Richard is a retired research analyst (Wisconsin Department of Public Instruction) and long-time activist in the realms of atheism, science fiction, and liberal politics. He has more opinions than any ten people should legally be allowed to have but makes up for it by giving them away as fast as possible. He blogs irregularly at richardsrussell.blogspot.com. 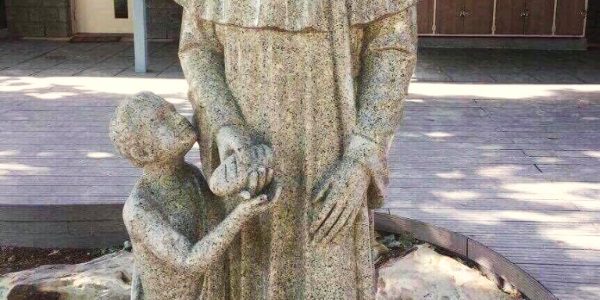 The recent news stories about sexual predators like Roger Ailes, Bill O’Reilly, and Harvey Weinstein have given rise to widespread puzzlement over how so many people who knew what was going on could have remained silent about it for so long.

Silence in the face of wrongdoing is hardly a new phenomenon. Jews refer to the “silence of the world” as the Nazis launched their genocidal death camps. (Martin Niemöller famously wrote about how he “did not speak out” as one group after another was targeted for oblivion.) The gay-rights group ACT UP likewise pointed out that “silence = death” in the 1980s, and Audre Lorde affirmed that Your Silence Will Not Protect You, as it had not protected black people or women.

It is well past time to break a similar silence by calling a spade a spade in an area where few dare to tread: the Roman Catholic Church, with its centuries-long record of being a force for bad, is one of the most evil institutions on Earth!

But let’s not dwell on the past, with its multiple Crusades, centuries-long Inquisition, pogroms, literal witch hunts, torching of astronomers as part of its general anti-intellectualism, the Reichskonkordat that enabled Nazi Germany to pursue its atrocities with zero moral outrage from Rome, and so on. What have you done to us lately?

Well, like the chronic drunk who used to get blotto, start fights, and bust up the bar, only to be hauled off to the slammer, the Catholic Church has learned not to be so blatant in its irresponsibility. Instead, it goes home and more surreptitiously (and safely) takes out its frustrated machismo on the wife and kids. Especially the kids.

The priesthood’s rampant pederasty and its subsequent coverup by church hierarchy got all the headlines in the United States and was the subject of the Oscar-winning 2015 film Spotlight. More recently similar abuses have come to light in Australia.

But abuses caused by Catholicism’s perfervid obsession with human sexuality don’t stop there. There’s the enforced peonage of unwed mothers in Ireland, rampant AIDS in Africa because of Catholicism’s irrational and irresponsible opposition to condoms, and the pervasive squalor and misery of the poverty-stricken barrios and favelas in Latin America due to gross overpopulation.

Money, misery, and misogyny also loom large in the Catholic scale of values, with baby sales in Spain, money laundering via the Vatican Bank, fawning adulation of Mother Teresa for her contemptible advocacy of poverty and suffering as the surest path to their imaginary paradise, and general denigration of women as not fully human.

And, with particular irony, the Catholic Church’s official position on the active role of Satan in worldly affairs makes it America’s foremost proponent of Satanism, the better to strike fear into the hearts of its gullible followers. (As Eric Hoffer remarked in The True Believer, “Mass movements can rise and spread without belief in a God, but never without belief in a devil.”)

Of the two great evil, corrupt, greedy, misogynistic, authoritarian, dehumanizing organizations that have spread their tentacles from Italy over the rest of civilization, why is it that only the less pernicious one, the Mafia, has the bad reputation?

This is not a rhetorical question, nor is the comparison inappropriate. The Mafia engages in things like protection rackets, promising to keep small merchants safe from imaginary dangers if they just shell out the weekly pizzo to the local goomba. For this the mafiosi are subject to prosecution in the U.S. under the RICO (Racketeer Influenced Corrupt Organizations) Act.

But in America, where the First Amendment provides great protection and latitude for religious groups, the Catholic Church can do essentially the same thing just by waving around its “Get Out of Jail Free” card. And the beauty part is that they don’t have to be bothered with occasionally delivering on the threat of disaster, since all of their foreboding consequences happen off stage.

Furthermore, the Catholic Church has a large presence in America, with concomitant political influence. It can get away with abuses here at home that, had they been perpetrated by religious groups like ISIS or Al-Qaeda abroad, would have generated a cacophony of loud, angry voices calling for immediate, violent retribution. Easy enough to talk big and nasty about guys halfway around the world, whom nobody here knows personally, but nobody’s about to advocate bombing Saint Patrick’s Cathedral in New York City.

Now this essay is the sort of “emperor has no clothes” story that regularly brings prompt and indignant accusations of anti-Catholicism from the Catholic League for Religious and Civil Rights. And it’s possible that this one will do the same as well. But let’s be clear right up front about the ole switcheroo that the Catholic League regularly tries to pull in these matters. They’ll take legitimate criticism of the church as an institution and try to twist it into seeming like irrational bigotry against individual parishioners as people.

In fairness, it isn’t as if there was never a need for an outfit like this. Anti-Catholicism was once rife in America. It was never as awful as racism, or as widespread as sexism under color of law, or as virulent as anti-Semitism, but that didn’t mean it wasn’t a serious problem, perhaps never more so than in the Philadelphia nativist riots of 1844. In fact, so bad was the insistence on Protestant prayer and readings from Protestant Bibles in the public-school classrooms that the Catholic Church felt compelled to start up its own parallel system of parochial schools.

There were economic consequences as well. Throughout the 19th century and well into the 20th, employers posting the chauvinistic caveat “no Irish need apply” seemed on the surface to be engaging in discrimination based “merely” on national origin, but underlying that veneer was a strong streak of religious prejudice, as Poles and Italians likewise discovered (except without the catchy faux-polite slogan).

But that was then, this is now. A series of Supreme Court decisions, from Everson v. Board of Education in 1947 through Wallace v. Jaffree in 1985, effectively required schools, as agents of government, to get out of the religion business (as the First Amendment had theoretically required at least since the Fourteenth Amendment in 1868). And the Civil Rights Act of 1964 explicitly forbade discrimination on the basis of religion or national origin and set up the Equal Employment Opportunity Commission to enforce it.

So authentic complaints that individual Catholics were being discriminated against had largely faded away toward the end of the 20th century. And it’s been getting even better since then. A recent study by the Pew Research Center showed that Catholics are the second most favorably viewed religious group in the US, just a tick below (believe it or not) Jews! (Atheists were well down the scale, just a couple of notches above Muslims.)

So there might well have been some justification for a group like the Catholic League back in 1844. But it was founded in 1973.

Why? Well, like the flag-waving super-patriots who claim to be pro-military but really just favor showering gargantuan amounts of cash on military contractors while screwing the troops, the veterans, and their dependents, so too does the Catholic League serve as a sycophantic apologist for the wealthy and powerful church hierarchy while turning a blind eye to what it’s doing to the common people in the pews.

And nothing fires up its fervor like challenges to parochial schools, whose whole ostensible raison d’être was largely obviated by the now decades-old religious neutrality of the public schools. But parochial schools had demonstrated their worth independently of freedom from discrimination: They had proven to be excellent indoctrination centers. And they’d be even more valuable if they could only gain access to some of those sweet, sweet public-tax dollars, thank you so very much. So: no better way to gain public sympathy and support than to play the victim card, over and over again, as loudly as possible.

Alarmingly, it may be about to get worse. Congress appears poised to repeal the Johnson Amendment, named for then-Senator Lyndon B. Johnson, who insisted that churches, in return for their tax exemptions, had to abstain from politicking. If you think that superPACs are a blight on democracy now, imagine what one would be like if it were being run by an institution which is the very antithesis of democratic—authoritarian and dogmatic from top to bottom!

But, once again, let’s be clear here. My beef is with the corrupt institutional church itself. I’ve got nothing against human beings who happen to be Catholic. Quite the opposite, in fact. They’re not the ones who are running the scam, they’re the dupes, the suckers who fell for it. They’re not the perpetrators, they’re the victims. As such, they deserve our understanding and pity. (Somewhat mitigating that sympathy is that some of them are also enablers, like the owner of that bodega who just quietly pays his baksheesh to the mob and never complains to the cops.)

If only they were not silent.

To assert that the earth revolves around the sun is as erroneous
as to claim that Jesus was not born of a virgin.
— Cardinal Bellarmine,
during the trial of Galileo, 1615 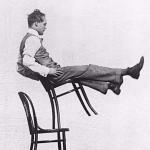 November 24, 2017
6 Innovative Rebuttals to the Fine-Tuning Argument
Next Post 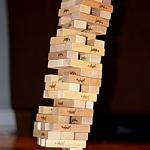 November 29, 2017 6 Innovative Rebuttals to the Fine-Tuning Argument (2 of 2)
Recent Comments
315 Comments | Leave a Comment
Browse Our Archives
Follow Us!