William Lane Craig Replies to My Attack on Faith Statements 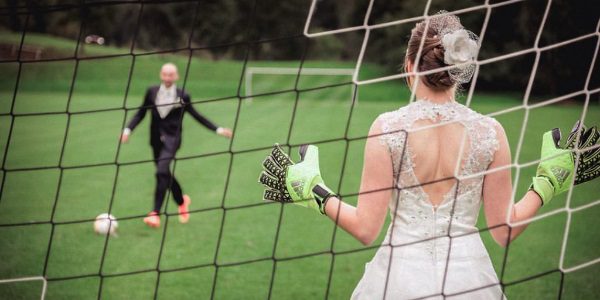 A few months ago, I wrote “A Call for Honesty in Christian Scholarship,” an expansion of my earlier criticism about faith statements. I sent a shortened version to Christian apologist William Lane Craig, and he replied.

As you might imagine, I have quite a bit to say in response to Craig’s article, but first let me remind you of my position. Faith statements hurt Christian institutions because they constrain their staff. Scholars at the Discovery Institute or Answers in Genesis or a Christian university who sign a statement that includes the virgin birth claim (to take just one example of dogma) is publicly stating that they will never write a paper that concludes otherwise. If they ever do tell us, “And that’s why the virgin birth is history, not just a story,” there’s no point in believing it since we knew beforehand that that’s what they would conclude before they began any research. Was that their conclusion after an honest evaluation of the evidence, or did they cherry pick their data? In short, is that the researcher or the faith statement talking?

Other professions have resolved this problem of constraints on scholars’ freedom. Conflicts like this must be disclosed according to the professional standards of journalists, medical researchers, historians, scientists, and those in the legal profession. If religious scholars want to sit at the adults’ table, they should have similar professional standards. I’d like to see, “The author of this paper is bound by the faith statement of [Institution], which can be found at [URL].”

This would be a simple statement of fact, but if it would look embarrassing, then you begin to see the problem.

Freedom of speech demands that scholars be able to say what they want, but professional standards demand that they disclose constraints on their research such as faith statements.

WLC begins his response with a clarification.

This sounds like someone agrees with me that “faith” = “belief poorly grounded in evidence”! He needs to tell his fellow evangelicals. And I don’t see how this avoids the problem. If “faith statements” might be held without a reasoned basis, why think that “doctrinal statements” are any different? You’d need to first show that doctrine is more grounded in evidence than faith is.

They seem to be synonyms, but “doctrinal statement” is more popular on the internet than “faith statement.” I’ll try to use the former.

WLC says that I don’t understand the value in doctrinal statements.

The primary purpose of such statements is to help build a community of scholars that has a certain ethos founded on a common worldview. Those of us who teach at such institutions value a Christian community in which problems can be explored from within a shared worldview and in which students can be provided an education which reflects a Christian worldview.

You want a worldview? How about Veritas (“truth”)? That’s what Harvard uses.

As for having a worldview shared among the faculty, try a job interview. That’s what conventional universities use.

And think of what this says about the strength of the Christian worldview that students need to be protected from contrary opinions. This admits that Christianity can’t compete. People can be indoctrinated as children, but they very rarely convert in to the faith as adults (more), and that’s the reason for the Christian cocoon.

Doctrinal statements are especially important in maintaining such an ethos intergenerationally. We all know that universities like Harvard, Yale, and Princeton were founded as Christian institutions dedicated to training men for the ministry or for missionary service. But as they have drifted over the generations far from their Christian moorings, they have become secularized and lost their Christian identity.

Oops—you don’t want to go there. Ivy League schools are stellar institutions now, but they weren’t then. They’re at the top because they embraced evidence and reason and followed it where it went.

Let’s look more closely at that list. Harvard, Yale, and Princeton rank 1st, 10th, and 13th in Nobel Prizes. The London Times ranking puts them as the 6th, 12th, and 7th universities in the world. Do you think they’d be there if they were still Christian colleges? WLC’s alma mater Wheaton College has “For Christ and His Kingdom” as its motto, which is very similar to Harvard’s original motto, “For Christ and Church.”

Harvard changed theirs. They wouldn’t be where they are now if they hadn’t. 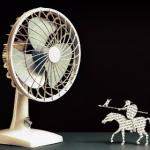 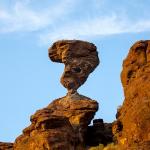 November 18, 2017 Physicist Sean Carroll Dismisses Fine Tuning Argument
Recent Comments
414 Comments | Leave a Comment
"I would say I don't hate Christians. I don't wish to see them suffer. I ..."
Wisdom, Justice, Love Stupid arguments Christians should avoid #42: ..."
"We care about religion because we care about others. We care about living among folk ..."
Phil Rimmer Stupid arguments Christians should avoid #42: ..."
"Yes, I mean "were originally written.""
ORigel Bad atheist arguments: “History is unreliable”
"Your religion says that you can't do X, okay. Your religion says that I can't ..."
Len Stupid arguments Christians should avoid #42: ..."
Browse Our Archives
get the latest updates from
Cross Examined
and the Patheos
Nonreligious
Channel
POPULAR AT PATHEOS Nonreligious
1