10 Questions Christians Must Answer (2 of 2) 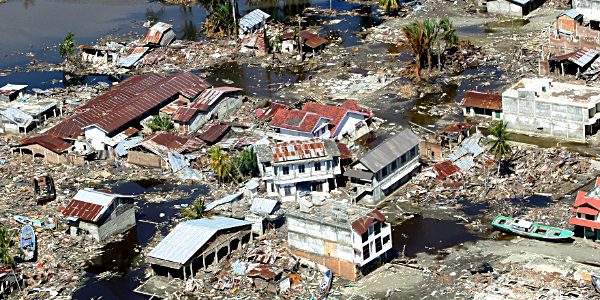 As an homage to a powerful video from GodIsImaginary.com, I summarized five tough questions in Part 1. Here are five more of my own. I’ll give popular Christian answers for each question and then conclude with a single answer that neatly resolves all of these dilemmas.

6. Why is faith required? In John’s gospel, Thomas missed Jesus’s first appearance. He didn’t believe the others’ story that Jesus had risen and said that he needed to see the nail marks in the hands of Jesus as proof. After Jesus appeared again and satisfied Thomas, Jesus said, “You believe because you have seen me. Blessed are those who believe without seeing me” (John 20:29). In other words, Thomas believed because he had evidence—nothing special there. But someone who can believe without that evidence? Ah, that person is blessed!

Richard Dawkins challenged Kenneth Miller on some religious matter (both men are biologists, but Miller is Catholic), and Miller replied, “There’s a reason it’s called faith!” Christianity without faith wouldn’t be Christianity. Some say that faith isn’t earned but neither is it a right. Instead, the Holy Spirit gives faith to some using some unknown algorithm.

7. Why is God hidden? Thomas had a scientific attitude. Any scientific claim must respond to the demand for evidence. For example, cold fusion would be nice, but “nice” has no currency within science. There is insufficient evidence for any mechanism of cold fusion, so it is rejected. “God exists” is another claim, and the obvious supporting evidence—God simply making his existence known—is unapologetically unavailable.

God works in mysterious ways. This is yet another test of Christians’ faith.

Mother Teresa wrote about God’s silence: “the silence and the emptiness is so great” and “I have no Faith … [the thoughts in my heart] make me suffer untold agony.” She soldiered on despite her weak faith, and she has been beatified by Rome.

8. Why are there natural disasters? Haiti and Indonesia have been devastated by tsunamis in recent years, each disaster killing about a quarter of a million people. The worst tropical cyclones have killed this many people as well. The disaster area can take years to recover, especially if it hits a third-world region. How can God allow these to happen when it would be trivial to prevent the damage?

Christians have responded that the forces of nature have a good side. Earthquakes recycle minerals, and hurricanes are a consequence of the same weather system that brings sunshine and gentle rains. Disasters test Christians and give them an opportunity to help through prayer or donations. Christians infer God’s hand in the “miracle child” that survives the disaster that killed its parents.

Then there’s the tough-love response. About the 9/11 terrorist attack, Jerry Falwell declared:

The pagans, and the abortionists, and the feminists, and the gays and the lesbians who are actively trying to make that an alternative lifestyle, the ACLU, People for the American Way—all of them who have tried to secularize America—I point the finger in their face and say “you helped this happen.”

If all else fails, Christians can fall back on the idea that God is there to comfort the grieving.

9. Why does the Bible show God doing terrible things? God demands genocide, and he gives rules regulating slavery just like the rules he gives regulating commerce.

Christians often argue that genocide and slavery were accepted components of society back then. God was simply working within the system. The tribes that God demanded be destroyed must’ve been morally rotten—how could an all-good God act otherwise?—and even leaving their babies alive would risk a future for a tribe that God knew might tempt Israel in the future.

10. Why is the historical record so weak for Christianity? Outside the gospels, there are no biographies of Jesus from contemporary historians, of which there were many. There are not even any mentions of Jesus, aside from disputed passages in Josephus.

God’s plan apparently was to appear on earth in a low-profile way. A grand entrance is apparently not God’s style, and we’re just going to have to live with that.

The other way of resolving these questions

Instead of individual reasons that clumsily address these questions by assuming God’s existence, let’s again try to resolve these questions with a simple hypothesis: there is no god. This simple and obvious explanation—which Christians themselves apply to the other guy’s god—neatly cuts the Gordian Knot.

Let’s revisit those five challenges with this new response.

Why is faith required? All supernatural religious claims require faith because there is insufficient evidence to accept them otherwise. If there were evidence, you can be sure that that would be celebrated, not faith. (More on faith.)

Why is God hidden? Because he doesn’t exist (more). As for God not wanting to provide evidence, he had no problem doing so in the Old Testament.

Why are there natural disasters? We can assign “good” and “bad” labels to events according to how they affect us, but that’s not nature’s perspective. Nature has no obligation to provide a pleasing environment for anyone. We have to do “the Lord’s work” because he sure isn’t doing it.

Why does the Bible show God doing terrible things? Because “God” is just a character in a mythological tale. His imagination and morality are reflections of that of the Iron Age people who created him.

Why is the historical record so weak for Christianity? Because Christianity is a legend that began after decades of oral history. After this, dogmas like the Trinity gradually developed over the centuries, and unpopular interpretations like Gnosticism were pruned away.

Convoluted answers that demand a presupposition of the very thing in question crumble when we simply consider that the fanciful claim is just what it looks like: legend and myth.

We could list lots more questions—Why create an enormous universe if the point was just to create humans? Why does the view of God change through the Bible? If God created the universe, what created God? and so on—but they are all neatly resolved by dropping the God hypothesis.

Elbow deodorant is a solution in search of a problem. We could imagine a society in which the elbows of any cultured person smell like flowers and only the uncouth go au naturel, but smelly elbows just aren’t a problem in our society.

Christianity is elbow deodorant. It is a solution in search of a problem. So Christian leaders invent one: they imagine a god who gets furious if you do bad stuff and will punish you forever. But if you believe certain things, you get a free pass to the Good Place when you die.

No, smelly elbows and a god that doesn’t exist aren’t worth worrying about.

Frantic orthodoxy is never rooted in faith but in doubt.
It is when we are not sure that we are doubly sure.
Fundamentalism is, therefore, inevitable in an age
which has destroyed so many certainties
by which faith once expressed itself and upon which it relied.
— Reinhold Niebuhr, American theologian

January 5, 2018 Can the Star of Bethlehem Be Scientifically Verified?
Recent Comments
298 Comments | Leave a Comment
Browse Our Archives
get the latest updates from
Cross Examined
and the Patheos
Nonreligious
Channel
POPULAR AT PATHEOS Nonreligious
1