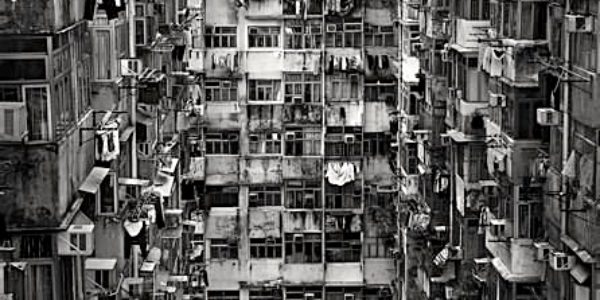 I remember listening in amazement to a Christian podcast talking about a tragic situation made worse by Christianity. A panel of Christian pastors were responding to a dilemma raised by a father whose 20-something son had recently died. That was bad enough, but the father’s Christian belief made it worse: according to his denomination, the son was not saved and so didn’t go to heaven on his death. The father’s own belief had put the son in torment in hell. The panel had the difficult task of tap dancing around the issue, offering the father comfort while keeping to their conservative Christian dogma.

Like Alexander cutting the Gordian Knot, the simple solution is to reject the unsubstantiated claim of a hell and any god that could put anyone there.

Tough questions to the Christian

I responded to ten questions from apologist J. Warner Wallace with the post, “10 Tough Questions for the Atheist to Answer.” There’s not much to the list—it’s a collection of as-yet unanswered scientific questions and familiar deist apologetics—but it was a good exercise to address some of the best arguments claimed by the Fundamentalist worldview. With this post, I’d like to return the favor and present some of the toughest atheist challenges to the Christian.

Let’s start with five questions from an older atheist site, GodIsImaginary.com. You may have seen the video, “10 questions that every intelligent Christian must answer.” This was a powerful argument when I first saw it, and it’s just as hard hitting today.

These are tough problems for the Christian to answer, but, like the problem of the dead son consigned to hell, they dissolve when looked at the right way.

1. Why won’t God heal amputees? You never see missing limbs spontaneously restored. Why is that? Surely the prayers from amputees and their loved ones are plaintive enough.

Christians might respond that God has a special, unknowable plan. They start with the presupposition that God is omnipotent and loves us, and they conclude that we simply don’t understand. (Some might say that there have indeed been reports of missing limbs restored, but I’m talking about scientifically verified healings—sorry to rain on the parade with a demand for evidence and all.)

2. Why are there so many starving people in our world? Doesn’t God answer their prayers? God has received uncountably many prayers both from the desperate people in the world and from healthy Westerners who are concerned about strangers in need. If God answers any prayers at all, why would they be for your finding a parking space over a starving person not dying?

As before, Christians might say that God has a plan—it may not make sense, but we’ll just have to trust him. Or that strangers’ suffering increases our opportunity to learn compassion or give charitably. Or that it’s all your fault due to the Fall of Adam and Eve in the Garden of Eden. But let’s not dwell on this too long, because it’s uncomfortable holding the competing ideas of a loving God vs. a god so disconnected with human problems that he allows widespread suffering.

3. Why does the Bible contain so much anti-scientific nonsense? Genesis begins with a flawed view of cosmology picked up from the Sumerians. There was no Flood and no Garden of Eden. Man came from evolution, not from dust. The Bible has no recipe for soap or basic medical advice.

Christians will say that the Bible has no intention of being a science textbook. It simply worked through the flawed worldview of the times. The Bible had no goal to improve the condition of our lives; it taught God’s rules, not health advice.

4. Why do bad things happen to good people? Shouldn’t good Christians get a break? Shouldn’t there be at least a little boost here on earth for backing the right religion? How about something tangible to prove that one’s faith is well placed?

No, God works in mysterious ways. He gives strong faith as he sees fit. Even Mother Teresa complained about the lack of evidence that undercut her faith.

5. How do we explain the fact that Jesus has never appeared to you? Jesus could appear to you, but he doesn’t. He appeared to Paul after he died, so it’s not like he hasn’t done it before. He could appear to give you advice for a tough decision, give you comfort in person like a friend would, or just assure you that he really exists. He doesn’t.

The Christian might argue that God has his reasons, one of the oddest ones being: because then there would be no need for faith. Because apparently just having faith is a noble thing.

The better way of resolving these questions

As shown above, we could cobble together individual reasons for each of these questions to support a Christian worldview. With the work of perhaps millions of determined theologians over the millennia, we have lots of material. Alternatively, we can cut the Gordian Knot with one simple, devastating hypothesis: there is no god.

Let’s run through the five problems to see how this hypothesis neatly resolves them.

Why won’t God heal amputees? Because there is no God to restore their limbs or to answer prayers. “Answered prayers” are just wishful thinking and coincidence. You can pray to God, Shiva, or a jug of milk and get equally poor results.

Why are there so many starving people in our world? Because life is sometimes difficult, nature has no desire to make people either happy or unhappy, and there is no God to magically solve the problem.

Why does the Bible contain so much anti-scientific nonsense? Because it is a product of an Iron Age culture and has no more knowledge than people of Mesopotamia had at that time.

Why do bad things happen to good people? Rain falls on good people just like bad people. There is no God to adjust the balance of luck in favor of the good ones.

How do we explain the fact that Jesus has never appeared to you? Jesus is imaginary.

(I stand on the shoulders of giants. This post has been an opportunity to acknowledge one of the many sources of insight that I benefitted from in my early days as a seeking atheist. Thanks, Marshall Brain, the force behind GodIsImaginary.)

Strange…a God who could make good children as easily as bad,
yet preferred to make bad ones;
who made them prize their bitter life, yet stingily cut it short;
mouths Golden Rules and forgiveness
multiplied seventy times seven and invented Hell;
who mouths morals to other people and has none himself;
who frowns upon crimes yet commits them all;
who created man without invitation,
then tries to shuffle the responsibility for man’s acts upon man,
instead of honorably placing it where it belongs, upon himself;
and finally with altogether divine obtuseness,
invites this poor, abused slave to worship him!
— Mark Twain 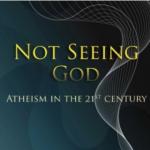 December 29, 2017
“Not Seeing God”: a New Nonfiction Book on Atheism from the Patheos Nonreligious Channel
Next Post

January 3, 2018 10 Questions Christians Must Answer (2 of 2)
Recent Comments
4,759 Comments | Leave a Comment
Browse Our Archives
get the latest updates from
Cross Examined
and the Patheos
Nonreligious
Channel
POPULAR AT PATHEOS Nonreligious
1