Can the Star of Bethlehem Be Scientifically Verified?

Can the Star of Bethlehem Be Scientifically Verified? January 5, 2018 Bob Seidensticker 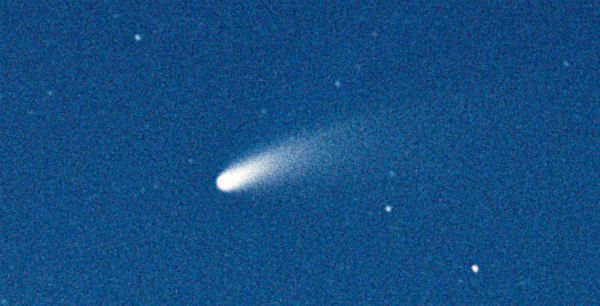 A Christian commenter has for years encouraged me to watch the video The Star of Bethlehem by Rick Larson, and I finally have. Epiphany (January 6) is the feast day commemorating the visit of the magi to Jesus in Bethlehem, so now is a good time to give my review. This post will summarize the argument made in the video. I have some criticism, and you might have some too as you read the argument, but I’ll hold off for that until my critique post.

The New Testament has two nativity stories, one in Matthew and one in Luke. They both claim Bethlehem as the birthplace and a virgin birth, but everything else is different. Larson ignores that little problem and focuses just on the magi (perhaps best thought of as astrologers in the royal court) following the star in Matthew chapter 2. He claims that remarkable movements in the sky were a message from God at the time of Jesus’s birth.

When was Jesus born?

If you’re going to look at historical astronomical phenomena to find what happened in the sky around Jesus’s birth, you need to know when to look. Matthew tells us that Jesus was born during the reign of King Herod, who scholars say died in 4 BCE. This gives 6–4 BCE as the commonly accepted range of dates for Jesus’s birth. Larson argues instead that Herod died in 1 BCE, which opens up a few more years that have some interesting phenomena that Larson is eager to validate.

Is this astronomy . . . or astrology?

Larson says that he was temporarily sidelined by worries that this might be astrology. The Bible warns its followers away from astrology. For example:

Let your astrologers come forward, those stargazers who make predictions month by month, let them save you from what is coming upon you. Surely they are like stubble; the fire will burn them up. They cannot even save themselves from the power of the flame. (Isaiah 47:13–15)

However, Larson found a green light in biblical references to constellations Orion and Pleiades (Job 9:9) and reminders that God created the stars and named them (Isaiah 40:26). Satisfied that his work wasn’t blasphemous, he soldiered on.

What are the traits of this “star”?

Let’s review the nativity story in Matthew 2:1–9. Larson pulls out nine traits that we must find in any natural explanation of the star.

After Jesus was born in Bethlehem in Judea, during the time of King Herod, Magi from the east came to Jerusalem and asked, “Where is the one who has been born king of the Jews?

The first three traits are (1) a birth of (2) a king of (3) the Jews. It’s unclear why these men would’ve been interested in things Jewish. One possibility is that they were Jews, remnants from the Jewish exile in the sixth century BCE.

We saw his star when it rose and have come to worship him.”

(4) The star rose in the east, like an ordinary star.

When King Herod heard this he was disturbed, and all Jerusalem with him. When he had called together all the people’s chief priests and teachers of the law, he asked them where the Messiah was to be born. “In Bethlehem in Judea,” they replied, “for this is what the prophet has written: “ ‘But you, Bethlehem, in the land of Judah, are by no means least among the rulers of Judah; for out of you will come a ruler who will shepherd my people Israel.’ ” Then Herod called the Magi secretly and found out from them the exact time the star had appeared.

(5) The star appeared at an exact time. (6) This was news to Herod—that is, this wasn’t something so obvious that it was common knowledge. Jesus is referred to as a child, not as a newborn, so months may have elapsed from birth to the arrival of the magi in Jerusalem. (7) The star wasn’t fleeting but was around for a while. The magi saw it from Babylon (or wherever they came from), and it was still visible after they arrived in Judea.

He sent them to Bethlehem and said, “Go and search carefully for the child. As soon as you find him, report to me, so that I too may go and worship him.” After they had heard the king, they went on their way, and the star they had seen when it rose went ahead of them until it stopped over the place where the child was.

Natural explanations for the star

Taking the story literally, it sounds like the star was a moving light, like Tinker Bell. A miracle is one possibility, but Larson wants a natural explanation, based on astronomical facts that anyone can check.

A meteorite is too fast and transitory. A comet would be long lasting, but it also doesn’t work. The usually reliable Chinese astronomers didn’t identify a comet during this time, Herod wouldn’t have asked about anything as obvious as a comet, and comets were typically omens of doom. A nova is rejected for similar reasons.

That leaves conjunctions, when a planet comes close* to another planet or a star. Larson weaves an interesting story with Jupiter as the star of Bethlehem.

The star of Bethlehem theory is concluded in part 2.

If the concept of a father who plots
to have his own son put to death
is presented to children as beautiful
and as worthy of society’s admiration,
what types of human behavior
can be presented to them as reprehensible?
— The Born Again Skeptic’s Guide to the Bible

* The conjunction is actually when the line connecting the two bodies is vertical (that is, perpendicular to the horizon), though that isn’t necessarily the closest point. 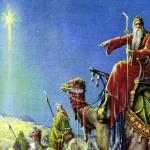