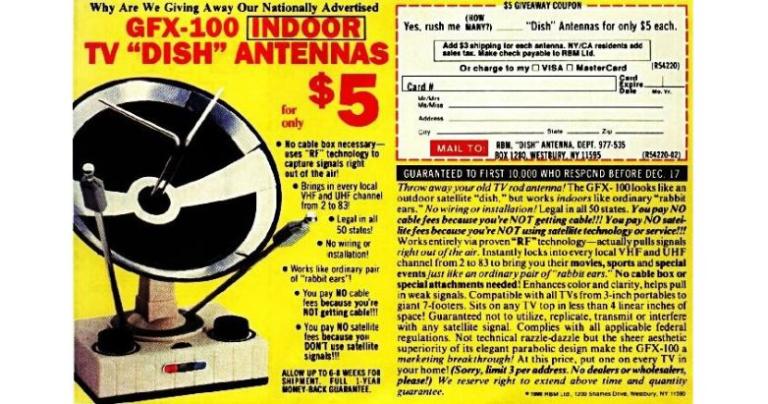 I gotta tell you about the most brazen product ad I’ve ever seen. It had a can’t-look-away-from-the-car-crash stickiness that honest marketers can only dream of. It was an opportunistic seizing of—nay, a celebration of—consumer stupidity that I’ve never seen duplicated. Think of it as the commercial version of Donald Trump’s campaign.

This ad was in a Sunday newspaper magazine in the mid-1980s. At that time, cable and satellite TV were new and expensive. Each needed a decoder box that usually sat on top of the TV. This new GFX-100 promised to eliminate the monthly cable bills.

So you have the background of an educated reader from 30 years ago, let’s review a couple of points before we get to the ad.

Here’s the ad with every exclamation point, quotation mark, and font change lovingly preserved. The product is shown above. See if you can figure out what they’re actually selling.

Throw away your old TV rod antenna! The GFX-100 looks like an outdoor satellite “dish,” but works indoors like ordinary “rabbit ears.” No wiring or installation! Legal in all 50 states. You pay NO cable fees because you’re NOT getting cable!!! You pay NO satellite fees because you’re NOT using satellite technology or service!!! Works entirely via proven “RF” technology—actually pulls signals right out of the air. Instantly locks into every local VHF and UHF channel from 2 to 83 to bring you their movies, sports and special events just like an ordinary pair of “rabbit ears.” No cable box or special attachments needed! Enhances color and clarity, helps pull in weak signals. Compatible with all TVs from 3-inch portables to giant 7-footers. Sits on any TV top in less than 4 linear inches of space! Guaranteed not to utilize, replicate, transmit or interfere with any satellite signal. Complies with all applicable federal regulations. Not technical razzle-dazzle but the sheer aesthetic superiority of its elegant parabolic design make the GFX-100 a marketing breakthrough!

In a remarkable example of candor—or maybe cockiness—they admit, “Not technical razzle-dazzle but the sheer aesthetic superiority of its elegant parabolic design make the GFX-100 a marketing breakthrough!” Translation: there’s nothing interesting here, but the novel appearance means we’ll sell a boatload of these things! It was like male enhancement pills labeled “guaranteed placebo.”

And that brings to mind our favorite religion. Christianity is also just marketing. There’s nothing there, just promises. 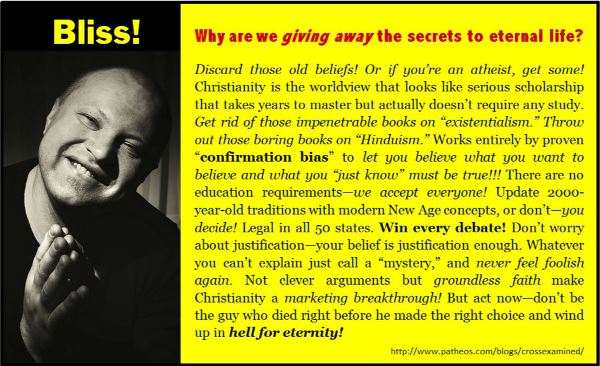 But perhaps you’ve got some better lines? Share them in the comments.

The difference between education and indoctrination:
it’s whether the person at the front of the room
invites questions from the audience.
—  Richard S. Russell

Thanks to Dan Bornstein for preserving this ad. 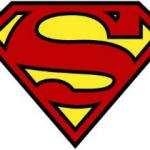