Critique of “The Star of Bethlehem” Video (3 of 3) 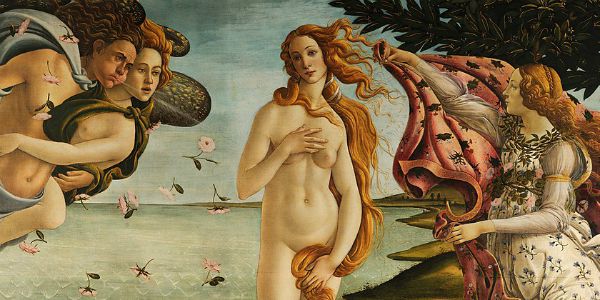 I summarized the video The Star of Bethlehem by Rick Larson here. We’ll finish up our critique by examining the last claim, that the “star” stopped over Bethlehem (part 1 of the critique here).

As a final example to illustrate that compelling stories don’t always have substance, let’s remember Harold Camping. He was an engineer, and while fiddling with some biblical calculations, he stumbled across the fact that there were 722,500 days between the death of Jesus and May 21, 2011, a date (at that time) in the near future. Things become more interesting when you realize that 722,500 factors into 5² × 10² × 17². Biblical numerology assigns traits to those numbers: 5 = atonement, 10 = completion, and 17 = heaven. So that date was the day of (Atonement × Completeness × Heaven) squared. Armageddon, here we come!

And there are other intriguing stories that can’t support their weight. Procter and Gamble’s moon-and-stars logo had a Satanic meaning. Velikovsky’s Worlds in Collision (1950) presented an imaginative natural cause for the ten plagues. The Beatles dropped hints that Paul was dead. Popular rock music contained hidden satanic messages, revealed when played backwards. John Hagee invented the idea of four blood moons.

4. The star stops over Bethlehem

The magi visited Herod, who was surprised to hear of the astrological signs and worried about a potential rival for his throne. The magi expected to find the new Jewish king in Jerusalem, but Herod’s priests showed the Bible reference with Bethlehem as the prophesied birthplace. The magi were directed to Bethlehem, five miles south, and the star “went ahead of them until it stopped over the place where the child was.”

Micah chapter 5 has the Bethlehem reference: “But you, Bethlehem Ephrathah, though you are small among the clans of Judah, out of you will come for me one who will be ruler over Israel.” As usual with claims that see Jesus behind every rock in the Old Testament, when you look at the context, the prophesied ruler doesn’t sound at all like Jesus.

Micah was written after Assyria had conquered the northern kingdom of Israel, and little Judah might be next. During these troubled times, Micah predicts that there will be a king from Bethlehem (since King David was born here, this may simply mean “a king in the line of David” rather than a literal birth in Bethlehem). God will abandon Israel, but then countrymen (presumably scattered Israelites from the aftermath of the conquest) will return to support the new king. With God’s renewed support, the king will bring peace to Judah, defeat any invasion by Assyria, and be celebrated worldwide.

What actually happened was that the Babylonians conquered Judah in the sixth century, so Micah’s prophecy was wrong.

(The composition of the book of Micah is complicated. Part appears to have been written just after the Assyrian conquest of Israel, but it was likely put into final form after the return of exiles from the Babylonian conquest of Judah. The king narrative in Micah 5 may date to an earlier time because it refers to Assyria, which hadn’t existed for a century when the exiles returned from Babylon.)

The perspectives of the magi and Herod

Let’s think about the magi. Who were they, and what was their motivation? They knew enough about Judaism to make the lion = Judah connection and cared enough to make an expensive, dangerous, and time-consuming trip. Nothing says that they were ambassadors from a royal court, so they funded this trip themselves. However, if magi from the east didn’t visit Herod or any other Judean ruler on their ascension to the throne, why (besides literary reasons) is it plausible that they would visit this time?

If they were knowledgeable about Judaism, why did they have to be told about Bethlehem? Perhaps they only knew of a Jewish canon with no Micah, but the book of Micah would’ve been over 500 years old at this point. They might have been isolated from mainstream Judaism, and then we’re back to the question of why they would make the difficult trip to connect with a Judaism they were isolated from.

Since God spoke to the magi directly when he warned them in a dream to avoid Herod on their return, why couldn’t he just have told them, “Go to Bethlehem by date X to visit the new king of the Jews”? Why would ambiguous motion of Jupiter be preferable? Avoiding a visit to Herod would’ve also avoided tipping him off to the rival king, which caused the Massacre of the Innocents (not that avoiding bloodshed is much of a priority in the Bible).

Of course, if we’re questioning God’s motivation, we could ask why he celebrated the most important event on earth since Creation with a vague light show that would be understood by a few strangers rather than something grand that would alert the world. God could’ve told everyone or he could’ve told no one, but instead he gave just a hint to a few men hundreds of miles away from the birthplace of Jesus. I guess God moves in mysterious ways.

Now consider Herod’s motivation. He was so concerned about being replaced by this new “king” that, after the magi returned home secretly to avoid telling Herod where Jesus was, an enraged Herod ordered all boys two years old and under in Bethlehem area to be killed to make sure he eliminated his rival. A guy that ruthless would’ve simply had guards escort the magi to Bethlehem and then kill the boy once they found him. Sure, you could imagine a miracle that kept Herod in check, but then you could imagine a miracle behind the star, and Larson wants a natural argument.

How could Jupiter stop?

Larson’s attempt to salvage his theory uses one of Jupiter’s switches between forward and retrograde motion (it switches directions twice a year) as a “stopping” point. Yes, Jupiter’s motion relative to the fixed background of stars would apparently stop for several days, but this does nothing to get us to “it stopped over the place where the child was.”

Remember the Bible’s cosmology. Stars weren’t light years away but were close enough to fall to the ground after the tribulation. Perhaps it was easy for the author of Matthew to imagine those little twinkly things moving like Tinker Bell to direct the magi to the house (no, not a stable—that was Luke) where Jesus lived. Don’t forget that they already knew that “stars” could move since they were familiar with planets.

So where does this leave us? We have the king planet crowning the king star in the constellation of Judah and then a remarkable conjunction between the king planet and the Mother Planet.

Alternatively, we could use similar logic but pick different data. Remember that Satan is personified as a lion in 1 Peter 5:8 (this may be an allusion to “roaring lions that tear their prey” in Psalm 22). Now we have the king star crowned in the constellation of Satan followed by a conjunction between the king planet and the morning star Lucifer.

One interpretation might give you “a new king is born in Judah,” but the other gives you “Satan is the new king.” Sure, I forced the facts into a conclusion—I could’ve instead picked equally plausible facts such as, “the constellation of Babylon” or “the king is in the lion’s den” or “a Jupiter/Venus conjunction means war.” But if I forced the facts, so did Larson. If one interpretation is biased, so is the other.

North Korean legend says that the birth of “Dear Leader” Kim Jong-il was celebrated by the appearance of a new star. Was there an agenda here? Of course, but Matthew might’ve had one as well, and the decay of time has blurred Matthew’s story far more. Is the historical credibility of the North Korean tale any less than Matthew’s?

Matthew was written in roughly 80 CE. That’s 80 years after the supposed visit of the magi. Suppose the conjunctions Larson mentions were noted at the time. After many decades of oral history, the author of Matthew (who wasn’t an eyewitness to the conjunctions) wrote a garbled prescientific account through a Christian lens.

Or, suppose that the magi story was entirely fiction, an opportunity to show praise for Jesus from foreign dignitaries while creating a threat from Herod. This sets up the flight to Egypt and the Moses-like fulfillment of “out of Egypt I have called my son” (from Hosea 11:1). In this case, Matthew is writing literature, not history.

We find precedents for Matthew’s nativity story. In Virgil’s Aeneid, Aeneas is a Trojan hero whose mother is the goddess Venus. He escaped Troy after its defeat by the Greeks in the Trojan War and was guided to Italy by his mother’s star, the planet Venus.

A precedent for the trip of the magi took place shortly before Matthew was written. The king of Armenia and his magi traveled to Rome in 66 CE to pay homage to Emperor Nero.

There is plenty of room to make a plausible skeptical case against Matthew’s nativity story. Enjoy Larson’s video as a clever tale, not an adequate explanation.

Pertness and ignorance may ask a question in three lines,

which it will cost learning and ingenuity thirty pages to answer.
When this is done, the same question shall be
triumphantly asked again the next year,
as if nothing had ever been written upon the subject.