Critique of “The Star of Bethlehem” Video

Critique of “The Star of Bethlehem” Video January 11, 2018 Bob Seidensticker 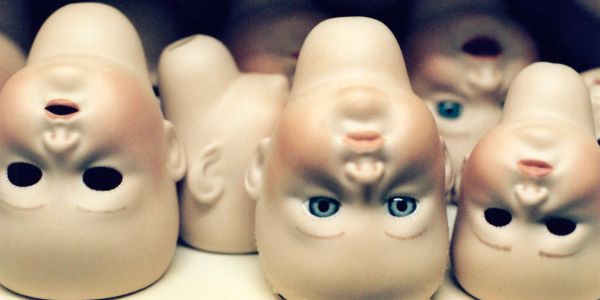 On Epiphany, the Christian celebration of the visit of the magi to Jesus, I wrote about the video The Star of Bethlehem by Rick Larson here. That post was an uncritical summary of his argument that the conjunctions of Jupiter with Regulus and Venus during the years 3 and 2 BCE explain the story of the magi following the star in Matthew chapter 2. Volumes have been written with many other attempts to explain the star, but this video is a popular explanation, and I will use it as a representation of the field.

It’s time for a critique. The video makes a clever and intriguing argument, but an intriguing argument isn’t necessarily that big a deal. Let me illustrate that with a recent online question, why is the mathematical constant e = 2.718281828459045…? One answer:

Of course, the author of this ingenious answer wasn’t being serious, but it does illustrate how it may not be that remarkable to weave an interesting argument when you’re not following evidence but selecting it to pave a path to a conclusion you’re determined to reach.

Larson knows that he wants to find celestial fireworks at the time of the birth of Jesus to map onto Matthew’s Bethlehem star story, so he sifts and shoehorns the data to reach that conclusion. The result is an interesting argument, but it ultimately fails under the weight of many questions.

The New Testament contains two nativity stories, but Larson, without apology, doesn’t bother to reconcile them. He ignores Luke and focuses on Matthew. And like the zombies stumbling through the streets of Jerusalem in Matthew 27:52–3, we’re left to wonder why the star and magi are also only in Matthew. If it was important enough for Matthew and it actually happened, why wasn’t it reported in the other gospels?

When was Jesus born?

Matthew’s nativity account says that Jesus was born before King Herod died. 4 BCE is the traditional date of Herod’s death, but this prevents Larson from using the celestial events of 3 and 2 BCE to make his story. Larson tries to salvage his theory by arguing that Herod died in 1 BCE.

4 BCE is the scholarly consensus, and the defense of that date sounds convincing to me (Wikipedia summary here). A summary of the debate is tangential to the purpose of this post, but I do want to highlight one point. I have no problem considering minority views in religious scholarship, but the people who want to reject the consensus view here are probably the ones who ridicule those who challenge the consensus view of the historicity of Jesus. For example, “Aside from a very small [handful] of mythicists who don’t hold professorship in any relevant fields, the consensus [that Jesus was a historical figure] is just as universal among historians as the theory of evolution is among biologists.” I’m just asking for consistency.

Herod dying in 4 BCE defeats Larson’s argument, but let’s ignore that and continue.

Larson says that the Bible’s warnings against astrology gave him pause, and we can see why. For example,

The constellations come from the Babylonians, the civilization that conquered Judah in the sixth century BCE. God’s rejection of astrology built on Babylonian constellations is understandable, and yet Larson imagines God using that invention to communicate Jesus’s birth.

We’ll ignore the Bible’s protests as well and move on.

Continued with the astronomical phenomena in part 2.

When the facts change, I change my mind.
What do you do, sir?
— attributed to John Maynard Keynes
(probably falsely)

January 9, 2018
WWJD? The Question with a Thousand Answers
Next Post

January 13, 2018 Critique of “The Star of Bethlehem” Video (2 of 3)
Recent Comments
25 Comments | Leave a Comment
Browse Our Archives
get the latest updates from
Cross Examined
and the Patheos
Nonreligious
Channel
POPULAR AT PATHEOS Nonreligious
1