A “Personal Relationship” With Jesus? I Doubt It.

A “Personal Relationship” With Jesus? I Doubt It. January 19, 2018 Bob Seidensticker 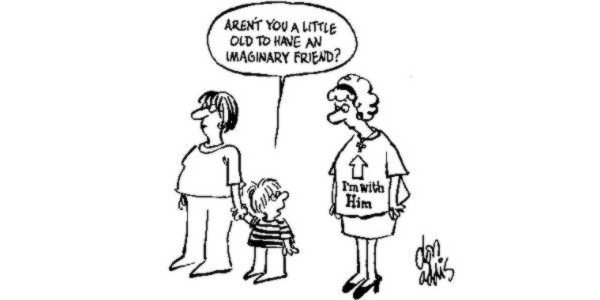 Think about someone you know well—a friend or relative, say. Now list the attributes that make them unique. You could give the physical attributes that would help me find them at the airport—gender and age, height and weight, hair color and style, and so on—but you know much more than that.

You might know how they shake hands and if they like to hug. You might know their favorite music and sports, their favorite foods and food allergies, which TV shows they like and which they hate, their annoying habits, the names of their pets, their medical issues, where they went to school and where they’ve lived, and their past jobs. You may have helped them through tough times in life or vice versa.

You recognize their voice and their laugh. You have funny stories you could tell at their birthday party and poignant stories for their funeral—or vice versa.

If you have a “personal relationship with Jesus,” can you say the same thing? Can you list attributes about Jesus? If so, do you imagine that they’re the same as those of other Christians? If not, why call this a relationship?

Christians today only know Jesus from the artwork. But give your Jesus a haircut, a shave, and modern clothes. As Richard Russell (whose essay inspired this post) observed about Jesus, “You couldn’t pick him out of a 1-person lineup.” Jesus is nothing but a costume.

The many flavors of “relationship”

Consider a sequence of relationships, ranked from strongest to weakest.

We know what person and relationship mean. We can look them up. “Relationship” #4 is unlike any actual relationship with an actual person. What we’re seeing is an instance of Shermer’s Law: smart Christians using their substantial intellect to defend beliefs they adopted for indefensible reasons. They might be Christians who adopted that worldview from their environment, but as adults, they know that “cuz I was raised that way” is no intellectual justification for their Christian belief. They can’t admit to having an imaginary friend. Instead, they handwave that they have a relationship with an actual person, no less real than their relationships with close friends in other parts of life.

We see this definition fiddling with other positive attributes—good, just, and merciful, for example. These are great words to apply to their favorite deity, but, given some of God’s shenanigans, Christians must “improve” the definitions to address God’s hateful acts in the Old Testament. Sorry—that’s not how words are used.

Perversely, relationship #4 is the one that apologist William Lane Craig insists is the strongest and the least in need of evidence (I’ve written more here). Only in religion, where every day is Opposite Day, could a lack of evidence be heralded as a virtue.

The only reason you keep [claiming
your “deep, personal relationship with Jesus Christ”]
is because it’s the slogan of the club
that some con artist or charlatan has suckered you into believing
you really want to be a member of.
— Richard S. Russell

This post was inspired by “That Deep, Personal Relationship with Jesus Christ” by Richard S. Russell.

January 17, 2018
Christian Nonsense from People Who Should Know Better
Next Post