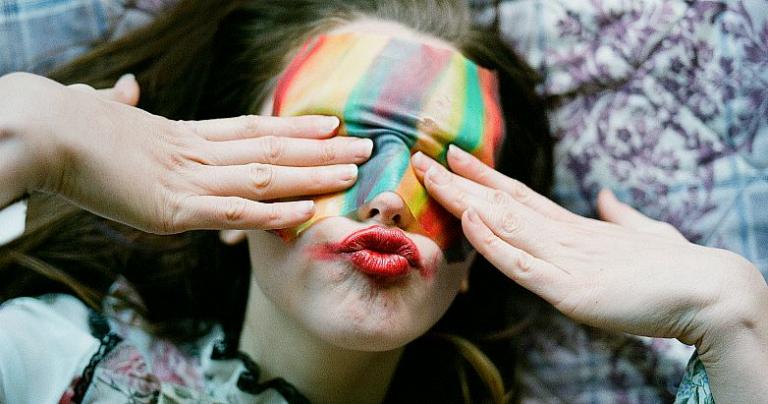 Christians are challenged about how evidence supports their views, and those answers are often embarrassing. Creationist Ken Ham admitted that his mind is made up on scientific questions, and nothing will change it. Christian apologist William Lane Craig made the same admission and also tipped his hand about the motivation for his work. It’s not been an honest exploration of the evidence but a quest for rationalizations that will soothe the fears of the little boy that he was, decades ago, when he first discovered that people die.

Now we turn the question around. Atheists, you demand that the Christians be open minded, but what about you? Are you open minded? What evidence would it take for you to say that God exists?

I want to pursue some new ideas, but first let me summarize the answer I’ve given before.

For me to have a personal epiphany of God’s existence won’t do. There are so many conceivable natural explanations for such an experience—drugs (recreational or medicinal), mental illness, hunger or mental stress, someone playing a trick, and so on—that I couldn’t trust such a thing as genuinely supernatural. The answer is to crowdsource it. That is, it’s not just me evaluating this evidence, it’s everyone. On one day, everyone in the world sees “Yahweh exists” spelled out in stars or pebbles or lines in the sand in a way that they could understand. Or, one night everyone has the same dream in which a god explains his plan. (More here.)

This still falls victim to Arthur C. Clarke’s observation that “any sufficiently advanced technology is indistinguishable from magic.” Sufficiently advanced aliens could dupe us into imagining the supernatural when we were just seeing technology. Still, this would be far more evidence than we’ve seen to date.

Clues that we don’t live in God World

Since God won’t provide this evidence, we’re on our own, looking for clues for God’s existence. What would we need to see to know that the Christian god exists? Said another way, how would we know that we’re living in God World?

My answer: if we lived in God World, we would expect to not see things that argue that this god does not exist. This is admittedly a cumbersome way of putting it, but I think that’s necessary. We are swimming in so many clues that we don’t live in God World that my answer is: I would think that God exists only if all these clues didn’t exist.

The first clue that we live in a godless world:

Christianity had its chance to create a Christian utopia with Europe of the Middle Ages. Spoiler: it wasn’t so great.

Christianity was in control of Europe for 1500 years. During that time, mystical creatures populated the world, there was little besides superstition to explain the whims of nature, and natural disasters were signs of God’s anger.

And they’re right: Christianity’s goal is instead to convince people to believe in a story that has no evidence (more).

In fact, we see the reverse. Social statistics in 17 Western countries show that Christianity is inversely correlated with measures of public health (more). While we can’t conclude anything about the cause—does higher Christianity lead to worse metrics, or does a failing society provide a conducive environment for religion?—it’s obvious from this that more Christianity doesn’t cause a better society.

A 2017 United Nations list of the world’s happiest countries makes the same point. Norway, Denmark, and Iceland are at the top, followed by much of the rest of godless northern Europe. The U.S. is 14th.

To see this from yet another angle, American Christians aren’t a noticeably more noble subset of society.

When Christianity was in charge, Europe received no obvious supernatural benefit. Society progressed in fits and starts just like you’d expect in a godless world.

Muslims (unsurprisingly) come from Muslim countries, Hindus from Hindu countries, Christians from Christian countries, and so on. There are exceptions, of course, but people predominantly adopt the religion (or lack of religion) of their culture. In the dozen or so countries that are 98 percent Muslim, what are the chances that a baby raised there will become Muslim?

Christian apologists will say that Muslims aren’t Muslim because their religion is correct but simply because they were raised in a Muslim environment, but they need to explain why the same criticism doesn’t apply to their community as well. (More here and here.)

Let’s take a step back to see where this (long) series of posts is taking us. This isn’t evidence against Christian apologetics, and it’s not pro-atheist arguments. There are plenty of other posts about that. Rather, I want to explore the clues all around us that we don’t live in a world with a god.

Jesus wants to date you
but doesn’t want to put in any effort.
You should dump him.
— commenter Han Solo

Appendix: 25 Reasons We Don’t Live in a World with a God (complete list)

February 21, 2018 25 Reasons We Don’t Live in a World with a God (Part 2)
Recent Comments
1,214 Comments | Leave a Comment
Browse Our Archives
get the latest updates from
Cross Examined
and the Patheos
Nonreligious
Channel
POPULAR AT PATHEOS Nonreligious
1