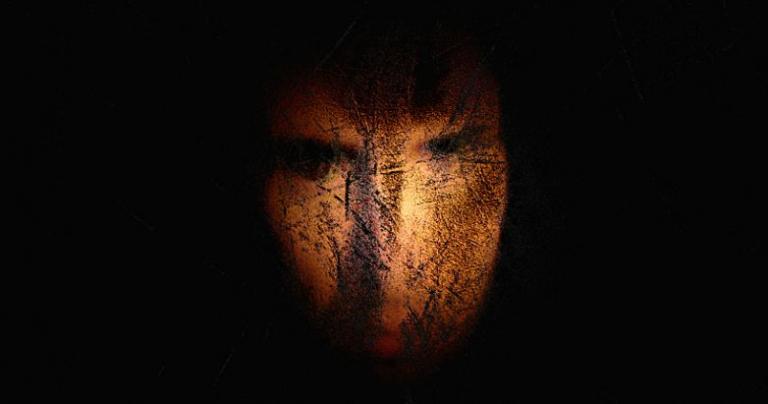 In a recent post, I explored William Lane Craig’s unhealthy relationship with facts and evidence. Given his two doctorates and his frequent debates, you’d think that he’d be the champion of reason. Not so.

It is the self-authenticating witness of the Holy Spirit that gives us the fundamental knowledge of Christianity’s truth. Therefore, the only role left for argument and evidence to play is a subsidiary role. (Reasonable Faith, Third Edition, 47)

There’s a lot of that going around. Craig is like Jonathan Wells, a fellow at the Discovery Institute, who earned a doctorate in molecular and cell biology. Wells also sees science as the cabin boy to his agenda: “[The words of my spiritual leader Rev. Sun Myung Moon], my studies, and my prayers convinced me that I should devote my life to destroying Darwinism.”

And what is the “self-authenticating” part of the witness of the Holy Spirit? Craig needs to show his work. This sounds like nothing more than permission to elevate a personal opinion to a dictate of the Holy Spirit.

Craig argues that God’s existence is obvious and needn’t be justified. Coming to grips with that remarkable attitude was the topic of my earlier post. Let’s explore further the dark and tangled recesses of the thinking within Craig’s Reasonable Faith.

Craig anticipates the obvious rebuttal. If the Christian is justified in dismissing evidence and argument and instead says the witness of the Holy Spirit is sufficient—indeed, superior—justification for their belief, why can’t the guy from the other religion do the same? Craig observes, “Christian claims to a subjective experience seem to be on a par with similar non-Christian claims.”

It sounds like we see the problem the same way, but here is Craig’s bizarre reply.

How is the fact that other persons [sic] claim to experience a self-authenticating witness of God’s Spirit relevant to my knowing the truth of Christianity via the Spirit’s witness? The existence of an authentic and unique witness of the Spirit does not exclude the existence of false claims to such a witness…. Why should I be robbed of my joy and assurance of salvation simply because someone else falsely pretends, sincerely or insincerely, to the Spirit’s witness? (Reasonable Faith, 49)

Craig once again vomits onto thoughtful discourse. He ignores the problem, assumes that he is right, and then shapes the facts to fit.

Some other guy says that his beliefs are actually correct? No problem—just assume the guy is mistaken and, like magic, Craig’s presupposition of correctness is validated.

We’re gently scolded for asking this, because this has already been addressed:

The experience of the Spirit’s witness is self-authenticating for him who really has it.

Once again, Craig wants to start with the fact that the Christian is correct, and shape everything to fit.

The hole in Craig’s approach is that he gives no reliable way to determine “him who really has [the Spirit’s witness].” Or, for that matter, any reason to think that the Spirit actually exists.

Mother Teresa famously agonized over this question. She had powerful spiritual experiences as a young woman, but then she felt them no longer. Craig’s approach could have offered her nothing.

If human thinking is fallible, as we’ve seen in the Mormon or Muslim who are wrong in thinking that they have an authentic spiritual experience, maybe Christians should also hesitate to trust their own thinking when it declares that their experience is authentic.

Craig responds by denying that there is any parallel between the Christian and the non-Christian. The Mormon or Hindu thinks that his experience is indistinguishable in character from the Christian’s? They’re simply wrong.

Put reason in its place

Craig raises more hypothetical objections to spiritual belief justified by reason rather than by the witness of the Holy Spirit. If we demanded good reasons, he says, “[that] would consign most Christians [who haven’t developed good reasons] to irrationality.”

Yes, he really said that. It’d be a pain to have to, y’know, do all that research and stuff. I mean, who’s got the time? Using reason would be inconvenient, so let’s not.

Craig brings insight to another issue:

According to the magisterial role of reason [that is, putting reason in charge], these persons [evaluating Christianity’s claims] should not have believed in Christ until they finished their apologetic.

Well, yeah. You usually don’t accept a claim—especially one as remarkable as the Christian one—without good evidence. Do you expect rational people to apologize for that?

And we’re back to the symmetry with the position of the guy from the other religion. Do you want to give him this excuse? Should, “believe first, justify later” be a position that you respect for the non-Christian as well as the Christian?

Craig next imagines someone justifying their life in front of God. If reasonable arguments for belief were mandatory, then nonbelievers could argue that they simply hadn’t been given sufficiently strong arguments. But we can’t have that since the Bible says that “men are without excuse.”

Follow the drunken reasoning: we start with the correctness of the Bible; so when it says that there is no excuse, it must be correct; so there is no justification for nonbelief, including insufficient reasons; so reasons must not be mandatory. See how that works? Again, Craig tells us that relying on reason would be inconvenient, so let’s not.

William Lane Craig is a professor of philosophy at Talbot School of Theology. I wonder what standards he imposes on his students. Would he accept this kind of “thinking” from his students? That evidence and reason are subordinate to the students’ internal, nonverifiable conviction? How would you grade a paper if it was supported with earnest conviction instead of evidence, and reason couldn’t be used to evaluate it?

So much for apologetics to raise the intellectual content of the conversation.

If Christianity doesn’t seem true to you, [C.S. Lewis] says,
then by all means reject it!
But once you are in,
you are no longer responsible to weigh all things.
Indeed, you are responsible not to!
— Robert M. Price, “The Sin of Faith”

(This is an update of a post that originally appeared 7/21/14.)
Image via Daniel Stark, CC license 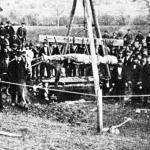 March 26, 2018 What the Cardiff Giant Hoax Teaches Us About Christians
Recent Comments
426 Comments | Leave a Comment
Browse Our Archives
get the latest updates from
Cross Examined
and the Patheos
Nonreligious
Channel
POPULAR AT PATHEOS Nonreligious
1