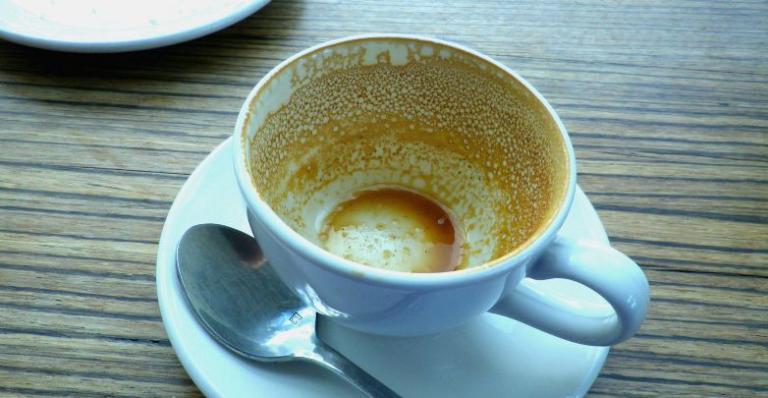 The influence of C. S. Lewis on modern Christians in the West is hard to overestimate. Few stories of apologists coming to faith don’t include a mention of Lewis’s Mere Christianity.

Lewis was a student of Norse, Greek, and Irish mythology since his youth. He knew mythology and, he felt, knew reality by contrast. Here’s his critique of the overall feel of Christianity as he compares it to the two possibilities, myth and reality.

Reality, in fact, is usually something you could not have guessed. That is one of the reasons I believe Christianity. It is a religion you could not have guessed. If it offered us just the kind of universe we had always expected, I should feel we were making it up. But, in fact, it is not the sort of thing anyone would have made up. It has just that queer twist about it that real things have. So let us leave behind all these boys’ philosophies—these over simple answers. The problem is not simple and the answer is not going to be simple either.

Simple as a test for religion

Lewis is making several points here, one that simplicity isn’t what we should expect to find in Christianity. Lewis says earlier in the book, “It is no good asking for a simple religion. After all, real things are not simple.”

While it’s true that natural things are often messy and complicated, a supernatural God could answer, clearly and unambiguously, the big issues Christians fight over in a single page.

Christianity has much to be confused about. Look at the long list of Christian heresies about the nature of Jesus, the role of Mary, and so on. These have been resolved by mandate and tradition, not by objective evidence. Look at modern debates over morality (same-sex marriage, abortion, euthanasia). Look at the second coming, the Trinity, justification for God’s abominable actions in the Old Testament, and other murky issues. Look at the 45,000 denominations of Christianity that exist today. When Christianity can get its act together, get back to me.

No, complex is just what made-up religions look like. Religions, especially the old ones, are usually quite complicated. Simple is a reasonable thing to ask for.

Queer? That can be tested, too.

Let’s return to the point that I think is more interesting. Lewis said, “[Christianity] has just that queer twist about it that real things have.” It’s an instinctive reaction, so let’s label this argument Lewis’s Appeal to the Gut. Christianity just feels like reality rather than myth.

Let’s pursue this. Lewis says that myth feels one way, and reality feels another way. All right, Clive—formalize and quantify this “queer twist.” Give us an algorithm for reliably telling myth and reality apart in a document. Does it have to do with passive vs. active voice? Is it dynamic vs. passive action? Male vs. female characters? A direct storyline vs. one with tangents? Word choice or subject matter or archaic language or sentence length? Turn this feeling into something that can be tested.

Challenge 1. Let’s take this powerful tool on the road. Test your algorithm on biographies, hagiographies (a biography written to flatter), legend, mythology, and so on. See if it accurately separates Myth and Reality.

Challenge 2. See how it does with religious writings. Does it put the Bible (and only the Bible) into the Reality bin?

Challenge 3. Now use your algorithm to invent a supernatural story that has the traits of Reality. This is a supernatural story that you know is false (because you made it up), and yet you are compelled by your genre argument to declare it true (because that’s how you know Christianity is true). You’re obliged to believe this story as strongly as Christianity by your own argument.

But if you reject this invented story, you’ll need to reject your test as well. Maybe “if the genre feels right, then the story is believable” isn’t so useful after all.

Early church father Tertullian (died ca. 240) said about the resurrection, “it is wholly believable because it is absurd.” The New Testament says, “For the message of the cross is foolishness to those who are perishing, but to us who are being saved it is the power of God” (1 Corinthians 1:18).

That’s right—it is both foolish and absurd, but that’s not something to celebrate.

That’s not how the adults do it

Instead of the feel test, may I suggest that we follow the lead of the experts? We already have a scholarly discipline devoted to deciding what happened in the past. It’s called History. It uses principles shaped over centuries that do a good job of synthesizing what actually happened from what is invariably insufficient or contradictory evidence. Spoiler: history is no friend of the supernatural. The consensus view of historians scrubs the supernatural from the record.

The resurrection, the Trinity, hell—there’s plenty of nonsense within Christian dogma that has just that queer twist about it that legend has. Only by inverting Lewis’s argument does it make sense.

For more rebuttals to nonsense from C. S. Lewis, check out these posts: 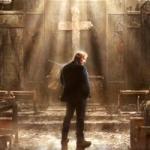 April 5, 2018 Guest Post: Omni This, Omni That! So What?
Recent Comments
1,259 Comments | Leave a Comment
"I am very serious in asking questions to which you prove repeatedly you have no ..."
rationalobservations? BSR 4: Who Created God?
"Almost every society of philosophers recognizes what is good.Correct, normative ethics are the purview of ..."
epeeist More on the Bible’s Confused Relationship ..."
"More like: "Diety bored, must send disease/famine/disaster""
Cozmo the Magician BSR 6: All Religions Lead to ..."
"I’m not particularly concerned about that At this point. I’m more worried about arms against ..."
Pofarmer BSR 5: The Bible Is Full ..."
Browse Our Archives
Follow Us!

April fool: Louisiana pastor charged with endangering public...
FOLLOWING the arrest this week of Florida's Rodney Howard-Browne, a second American...
view all Nonreligious blogs
What Are Your Thoughts?leave a comment