God Loves the Smell of Burning Flesh: Human Sacrifice in the Bible 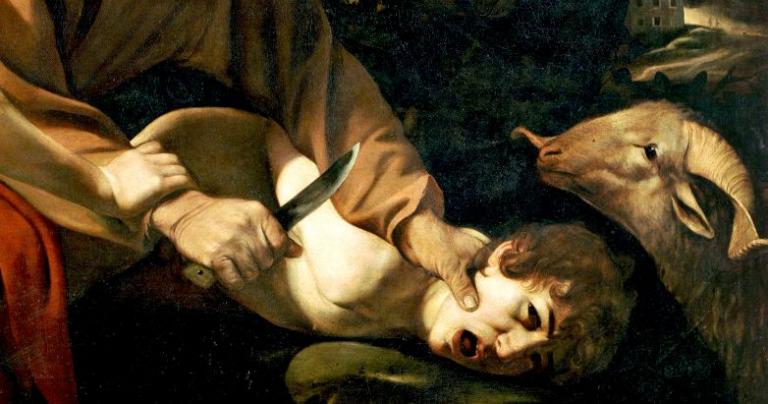 World famous Christian apologist William Lane Craig is known for his hilariously inept defense of the savage excesses of his God, who apparently isn’t able to present a defense himself.

For the Canaanite genocide, Craig’s punch line is that every Canaanite adult deserved death because they sacrificed children to their god, all the children hacked to pieces were actually getting a ticket to heaven, and we must reserve our sympathy for the Israelite soldiers forced to perform this butchery. (Craig’s insulting argument is eviscerated here.)

Let’s move from genocide to another area of biblical violence, human sacrifice.

The Abraham and Isaac story in Genesis 22 is often given to show God’s rejection of human sacrifice and, as it is in the Bible today, that may well have been the purpose. But, like a cheerful fairy tale that comes from a darker original, the Isaac story may not initially have had its happy ending.

The documentary hypothesis (discussed more here) argues that the first five books of the Bible are a patchwork of four ancient sources with differing agendas. Read the Abraham and Isaac chapter closely to see how it might have originally read (my source: The Bible with Sources Revealed by Richard Elliott Friedman, p. 65).

There’s very little condemnation of child sacrifice in a story that rewards a man for his willingness to perform it.

Just in case anyone was unclear that the Old Testament comes from a post-Bronze Age Mesopotamian culture, it tells us 37 times that God loves the pleasing aroma of burning flesh. And God has a big appetite: “The first offspring of every womb belongs to me, including all the firstborn males of your livestock.” (Exodus 34:19). But God is reasonable. One verse later, he clarifies: “Redeem all your firstborn sons”—that is, sacrifice an animal instead.

We find a similar demand in Deuteronomy 18:10, “Let no one be found among you who sacrifices their son or daughter in the fire.”

Human sacrifice in the Bible

The Bible acknowledges that sacrificing humans is powerful mojo, because that’s how the Moabite god Chemosh beat Israel’s god Yahweh (2 Kings 3:27). The combined forces of Israel, Judah, and Edom were about to defeat Moab when the Moabite king sacrificed his son to Chemosh. The result: “There was an outburst of divine anger against Israel, so they broke off the attack and returned to their homeland.” (More here.)

Though the Bible talks a good story as it rejects human sacrifice, it’s a sock puppet, and you can make the Bible say just about whatever you want. If you think God can’t say precisely the opposite of what he commanded before, then you underestimate an omnipotent god! Take a look:

Consecrate to me every firstborn male. The first offspring of every womb among the Israelites belongs to me, whether human or animal. (Exodus 13:2)

But nothing that a person owns and devotes to the Lord—whether a human being or an animal or family land—may be sold or redeemed; everything so devoted is most holy to the Lord. No person devoted to destruction may be ransomed; they are to be put to death. (Leviticus 27:28–9)

As if bragging to his drinking buddies, God laughs about it afterwards. To teach the stiff-necked Israelites who’s boss, God said,

So I gave them other statutes that were not good and laws through which they could not live; I defiled them through their gifts—the sacrifice of every firstborn—that I might fill them with horror so they would know that I am Jehovah (Ezekiel 20:25–6).

Now what was William Lane Craig saying about sacrificing children to gods? Looks like there was a lot of that going around, and not just among the bad guys.

Concluded with examples in the New Testament in part 2.

Men rarely (if ever)
manage to dream up a god superior to themselves.
Most gods have the manners and morals of a spoiled child.
— Robert A. Heinlein 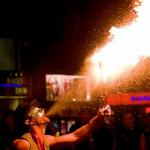 April 9, 2018 25 Reasons We Don’t Live in a World with a God (Part 9)
Recent Comments
907 Comments | Leave a Comment
"If its feet hadn't been nailed there it would have nuzzled up to those bars, ..."
Michael Neville Soft Theism: Do Living Things Have ..."
"And he doesn't even come out and say it clearly. It's always "nothing is really ..."
Bob Seidensticker Soft Theism: Where Does Morality Come ..."
"Wiki is not really a good source for things that Christian apologists can muck with. ..."
Pofarmer Soft Theism: Afterlife and Homeopathic Religion
"Love the Lime Spiders."
LastManOnEarth Soft Theism: Do Living Things Have ..."
Browse Our Archives
get the latest from
Cross Examined
Sign up for our newsletter
POPULAR AT PATHEOS Nonreligious
1

Nonreligious
Christianity, Because How the Heck Do You Explain...
Cross Examined
TRENDING AT PATHEOS Nonreligious