To give me a time to work on a new book project, I’m replaying a few oldies from the vault. I’ve recently been adding to this list (spoiler: I’m already well past 25), but let’s go back and review the first few arguments from four years ago. 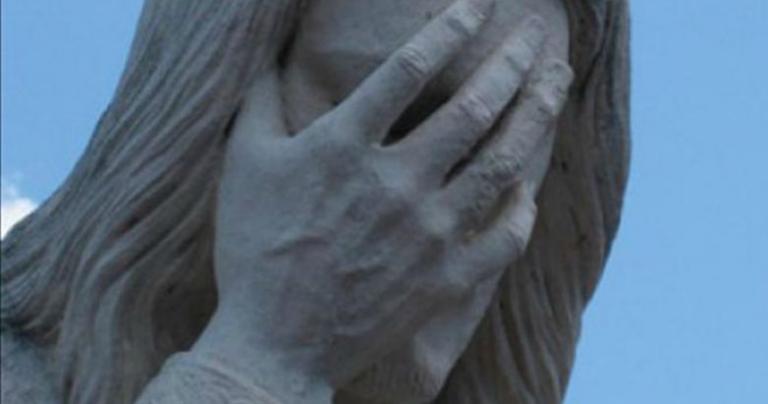 Hey, gang! Get out your Christian Fallacy Bingo cards and cross off the bogus arguments as they’re called out! These are some of the dumb arguments apologists often use. Christians, do us all a favor—yourself especially—and make good arguments. These aren’t what you want to use.

Stupid Argument #1: the consequences of atheism are depressing.

Atheism is sad or unfortunate or otherwise discouraging, or atheism declares that life is hopeless and meaningless.

This is like saying that the consequences of earthquakes and hurricanes are sad or unfortunate. Sure, the consequences of reality can be sad, but that doesn’t make them untrue. “Atheism is depressing; therefore, it’s false” is a childish way of looking at the world. A pat on the head might make us feel better, but are we not adults looking for the truth?

As for life being meaningless, I find no ultimate meaning, but then neither can the Christian. Atheists can find plenty of the ordinary kind of meaning. Look up the word in the dictionary—there is nothing about God or about ultimate or transcendental grounding. (More on objective truth here.)

The argument is more completely stated: If God existed, I would sense his presence; I sense God’s presence; therefore, God exists. This is the logical fallacy of affirming the consequent (formal version: if P then Q; Q; therefore P). I’ve discussed this in more detail here.

The point is that there could be lots of reasons why you sense God’s presence, God’s existing being only one of them (and the least likely). Maybe you were just raised that way and are a reflection of your culture. Maybe humans were programmed by evolution to err on the side of seeing an intelligence behind that rustling in the woods.

I can’t tell whether you’ve deluded yourself or whether you’re justified in believing in a supernatural experience. Nevertheless, your subjective personal experience may be convincing to you, but it won’t convince anyone else.

Christians might say that genocide or slavery was simply what they did back then, and God was working within the social framework of the time. Or they might say that God might have his own reasons that we mortals can’t understand.

This is just embarrassing. You’re seriously going to handwave away God’s being okay with slavery (discussed in detail here and here) and ordering genocide (here, here, and here)? If it’s wrong now, it was wrong then. How do you get past the fact that the Old Testament reads just like the blog of an early Iron Age tribe rather than the wisdom of the omniscient creator of the universe? And if you dismiss slavery as not that big a deal, would you accept Old Testament slavery in our own society? This reminds me of Abraham Lincoln’s comment, “Whenever I hear anyone arguing for slavery, I feel a strong impulse to see it tried on him personally.”

As for God having his own unfathomable reasons for immoral actions, this is the Hypothetical God Fallacy. No, we don’t start with God and then fit the facts to support that presupposition; we follow the facts where they lead—whether toward God or not.

The Christian gives more weight to writings closer to the events.

It’s fair to be concerned about the accretion of layers of dogma or tradition over time, but don’t think that you’ve solved that problem by reading the Bible and the writings of the early church fathers. We don’t have what the original authors wrote; we have copies of what they wrote (and it’s debatable how good those copies were). Perhaps the Christian actually wants license to dismiss unwanted ideas from modern sources.

As for the “eyewitness” claim, this is often slipped in without justification. None of the gospels claim to be eyewitness accounts. We don’t even know who wrote them. That Matthew and Luke borrow heavily from Mark—often copying passages word for word—make clear that they’re not eyewitness accounts. And those gospels that do make the claim (the Gospel of Peter, for example) are rejected by the church. Show compelling evidence for the remarkable eyewitness claim before confidently tossing it out.

Of course, getting closer to the events is a good policy. The problem is that this doesn’t work to Christianity’s favor. We’re separated from both Islam and Mormonism by less time than from Christianity. Mormonism in particular fares much better than Christianity in a historical analysis (more here). This is an argument the Christian wants to avoid.

There will be some controversy about this list. Maybe some of these deserve more space. Maybe you’d combine or divide them differently. Maybe some are reasonable enough that they shouldn’t be on a “stupid” list. And I’m sure there are plenty that I’ve forgotten.

At the very least, referring back to the argument number might be a shorthand way for us to respond to bogus arguments by Christian commenters. But my hope is that thoughtful Christians will understand the problems behind these arguments and minimize them in their own discourse.

DNA and [radioisotope] dating shows that
we evolved with all life over billions of years.
Bible says God created us from dust and ribs.
I’m torn.
— Ricky Gervais

June 15, 2018
The Ontological Argument: Something From Nothing
Next Post