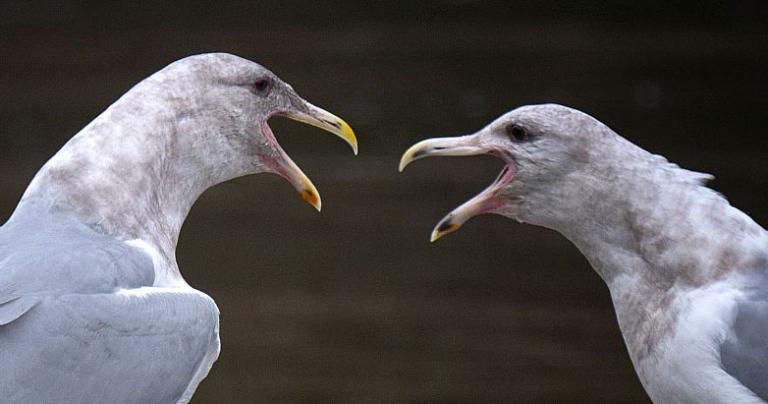 You can’t know that God doesn’t exist unless you’re omniscient.

First off, don’t ask for proof. Proofs are for math and logic, not science or history. You can’t prove that God exists, and I won’t ask that of you; I simply want compelling evidence of your claim. And vice versa: ask for arguments and evidence from the atheist, not proof. If there is insufficient evidence to support the God hypothesis, you have no grounds for holding it. Belief in God is like belief in unicorns—don’t believe without sufficient evidence.

More important, the burden of proof is on the person making the claim. I’ve made many positive arguments for atheism in posts at this blog, but the fundamental claim is made by the Christian that God exists. There would be nothing to talk about without this claim by the Christian. You’re making the claim, so it’s your burden. Don’t shirk it by demanding that the atheist prove Christianity false.

So many Christians want to dance away from this burden of proof that it’s almost like giving an answer to those who ask for the reason for the hope within them . . . is a burden.

Evolution is flawed. It isn’t repeatable, observable laboratory science; it’s only forensic science. And it makes no sense.

Evolution is the scientific consensus—deal with it (more here and here). You say your common sense is offended by the idea of evolution? Unless you have a doctorate in biology, you of all people should appreciate how meaningless this is. If common sense were the guide to science, no one would need to spend years getting a doctorate.

Science isn’t always right, but it’s the best means that we’ve got of finding out the truth about reality.

Ask yourself if you object to science in proportion to how much it steps on your ideological toes. Do you get in a lather about evolution, Big Bang, or climate change but ignore the conclusions of superconductivity, string theory, or the Millennium math problems? If you accept science according to how you’d like the world to be rather than follow the evidence, your biases are showing.

Another ridiculous tangent is to point to something controversial written by Charles Darwin. In the first place, most Creationist quotes of Darwin are misinterpreted. Before you make this argument, read Darwin’s words in context. Second, no one cares what Darwin said. Darwin’s work was hugely influential, but Darwin now resides solely in the History of Science domain. No one validates new ideas in biology by testing them against the great man’s writings.

And to those who say that evolution is “just a theory,” do some reading and then get back to me. (Slapping down Creationism isn’t the goal at this blog, but I do touch on that here.)

Stupid Argument #7: If you throw out the account of Jesus, you must discard the record of every other figure of history.

The quality of documentation of the gospel story is unprecedented.

The account of Jesus is primarily in the gospels, written decades after the events they claim to document. (More on the long and turbulent journey of the Bible here.) We have 25,000 copies (or fragments) of New Testament manuscripts, which is impressive, but that doesn’t turn out to be much of a plus for the apologetic argument.

The Christian wants to compare our evidence of Jesus with that of figures like Julius Caesar or Alexander the Great. But this confident comparison withers when we consider the coins and busts with the likeness of Julius Caesar. Or the more than a dozen cities across the Ancient Near East named after Alexander. We have nothing comparable for Jesus.

Stupid Argument #8: “One of the most important legal criteria . . . is that the accused and witnesses are innocent until proven guilty.”

This is an argument advanced by lawyer John Warwick Montgomery. He says that the gospels are the equivalent of witnesses and must initially be presumed accurate.

Let’s ignore that the presumption of innocence doesn’t apply to witnesses. Montgomery assumes the historicity of the story and that it was written by eyewitnesses (both of which must be demonstrated) and ignores how unreliable the New Testament books are. A document written 2000 years ago in Ancient Greek, for which our oldest fragment dates to two centuries after the original authorship (which is true for Mark), for example, is not equivalent to a living eyewitness who we can cross-examine.

Even ignoring all this, eyewitness testimony is unreliable (I’ve written about unreliable memory and thinking). Can Montgomery actually expect us to credulously accept claims from 2000 years ago for what might be the most remarkable supernatural claim imaginable? We’re comfortable with myth and legend, and that’s what the Bible looks like.

God is omnipotent, omniscient, and omnibenevolent—
it says so right here on the label.
If you have a mind capable of believing
all three of these divine attributes simultaneously,
I have a wonderful bargain for you.
No checks, please. Cash and in small bills.
— Robert A. Heinlein

June 25, 2018 How to Salvage Claims of God’s Capabilities? Change the Definitions! (2 of 2)
Recent Comments
113 Comments | Leave a Comment
Browse Our Archives
get the latest updates from
Cross Examined
and the Patheos
Nonreligious
Channel
POPULAR AT PATHEOS Nonreligious
1