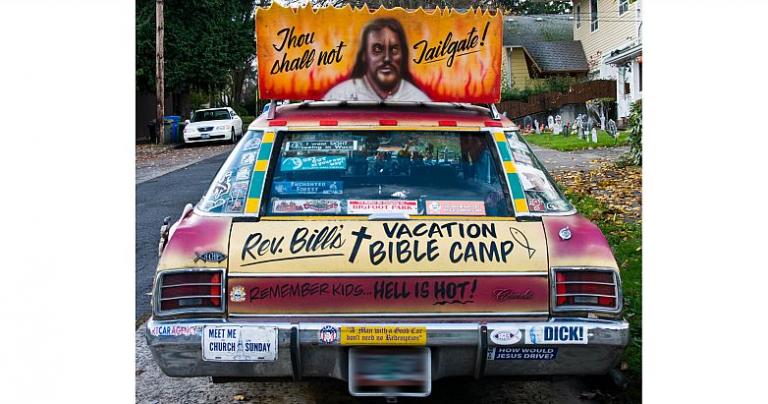 Stupid Argument #9a: Argument from silence.

The Jewish leaders would’ve been eager to shut down a rogue sect. If Jesus hadn’t risen from the dead, they would’ve pointed to the dead body. Faced with this refutation of their most important claim, early Christianity would’ve collapsed. And yet they didn’t produce the body—because they couldn’t!

This is the Naysayer Fallacy (discussed in detail here). What’s hard about imagining early Christianity withstanding contradicting information? Believers in lots of other religions haven’t let disquieting facts get in their way. Look at the historical errors in the Book of Mormon; they don’t sink Mormonism.

The Jewish leaders and the empty tomb are story elements in gospels written over forty years after the events they claim to describe. To say that Jewish leaders ought to have done this or that forty years earlier is like arguing with novelists that the characters in their stories ought to have done this or that. Characters are just pawns in a story, and they do what the authors make them do.

The Bible says that the early Christians didn’t go public until fifty days after the crucifixion. Even within the story, the Jewish leaders couldn’t/wouldn’t have produced that corpse.

Stupid Argument #9b: Demand for counter-evidence.

I’ve given you evidence (for the resurrection, say). You may not be impressed, but you’ve got to admit that it’s something. If you want to rebut that, you must provide contemporary counter-evidence. Gary Habermas said, “Skeptics must provide more than alternative theories to the Resurrection; they must provide first-century evidence for those theories.”

What’s that? You say you don’t have any first-century evidence against my argument? Well then I guess I win!

Nope, I don’t have first-century evidence of people arguing that Jesus didn’t rise from the dead, and I’m sure I never will. Is that what you’d expect to see if the Jesus story got embellished with supernatural elements in the retelling—people preserving first-century letters that say that the Jesus story was nonsense?

Let’s imagine that demand in the case of Merlin the magician. The story goes that he was a shape shifter. Are we obliged to accept that as history unless we can find contemporary evidence against it? I propose instead that such a remarkable claim needs far more than just an old story to support it.

You can’t say that something is really wrong.

Really or truly, as qualifiers for some moral word (good, bad, right, wrong, and so on), are used to imagine some sort of objective morality grounded outside of humans. Apologist William Lane Craig defined objective morality as “moral values that are valid and binding whether anybody believes in them or not.”

No, Mr. Christian, I can’t say that something is objectively wrong, but then neither can you. I’ve explored claims of objective morality from a number of apologists (Greg Koukl, William Lane Craig, J. Warner Wallace, Frank Turek, and C.S. Lewis), and they do little more than make an appeal for it. The error they make is confusing universal moral truth (for which they give no evidence) with universally held moral programming (evidence of which is all around us). We’re all the same species, and it’s easy to see how we would share moral thinking.

Moral words like good, bad, and so on don’t need either objective grounding or God. Look them up in the dictionary and see for yourself.

The Bible mentions names that archaeology has later validated—Jericho, for example. The Bible’s accurate historical track record where it could be substantiated means that unsubstantiated claims should be assumed to be accurate as well.

The Iliad also mentions names that archaeology has later validated—Troy, for example. That the Bible has confirmation on some of its names of people and places isn’t remarkable. Accurate names is the least we’d expect of a book that claims divine inspiration. More here.

Stupid Argument #12a: The Bible makes clear that God’s existence is plain for all to see.

“For since the creation of the world God’s invisible qualities—his eternal power and divine nature—have been clearly seen, being understood from what has been made, so that people are without excuse” (Rom. 1:20).

The Christian’s book says, “God exists; deal with it,” and that is supposed to mean something to an atheist? Let me respond with a quote of my own: “What can be asserted without evidence can be dismissed without evidence” (Christopher Hitchens).

Stupid Argument #12b: The good in the world shows the hand of a loving god.

Think of the birth of a baby, sunsets and rainbows, or an unexpected remission of cancer. That’s the hand of God.

If desirable things point to a loving God, what do terrible things like smallpox, tsunamis, and birth defects point to?

Christians have a long history of handwaving away this Problem of Evil. The term for this discipline is theodicy. But a discipline that dates back to the early days of the church makes clear that this is no obvious matter. Apparently, this particular God is not “clearly seen,” so I have an excuse.

In a desperate move, one apologist attempted to argue that this is a two-edged sword, and evil is a problem for everyone, both the Christian and the atheist. That’s true, but that’s not what we’re talking about. We’re not talking about evil but the Problem of Evil, the riddle of how a good god could allow so much evil to exist. The atheist drops the god presupposition, and the problem vanishes completely. The Christian is still stuck with it. (More here.)

Why doesn’t God heal amputees?
Because they don’t deserve their arms, they deserve to die.
That’s what the Bible teaches.
Sorry if you don’t like that!
— VenomFangX