The Ontological Argument: Something From Nothing

The Ontological Argument: Something From Nothing June 15, 2018 Bob Seidensticker 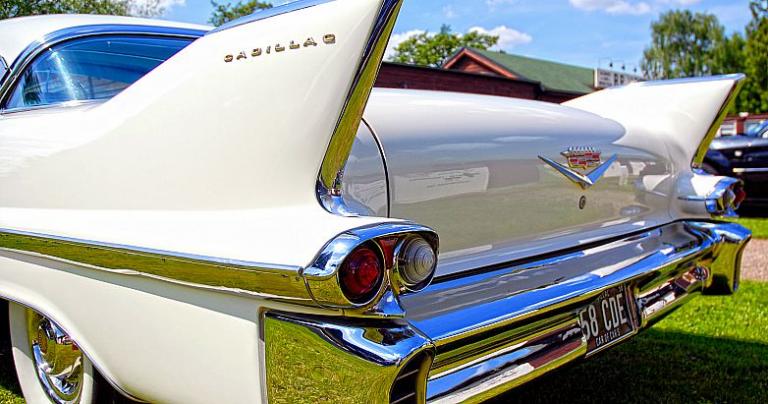 What does heaven look like? Does the heaven imagined by Fred “God hates fags” Phelps match that of Mother Teresa, who said, “The world gains much from [the poor’s] suffering”? Do these heavens match that of Maximilian Kolbe, the friar who volunteered to die in the place of a stranger in Auschwitz? These are three Christians with three possibly incompatible views of heaven.

Suppose the properties of Paradise are what we imagine them to be. The British comedy Red Dwarf explored this idea of the perfect life in one episode. In “Better than Life,” the three characters enter a total immersion game that’s better than life. They get whatever they want—food, cars, cash, girlfriends, power. Things go wrong when one of the characters can’t accept good things happening to him and corrects the balance by imagining his father’s disapproval, then being saddled with a nagging wife and seven children, and finally that all of the characters are buried up to their necks with jam on their faces, about to be eaten by ants.

This was just a television show, but if you reject the idea of imagining into existence the properties of a perfect life, you won’t care for this Christian apologetic argument.

This is a little like Zeno’s paradox. The conclusions of neither Zeno’s paradox nor the Ontological Argument seem to follow, and yet the error isn’t obvious.

Rebuttals to the Ontological Argument

But perhaps our intuition fails us here. Let’s be more rigorous and explore some rebuttals.

1. Does the thing exist or not? The most obvious flaw is that the first step defines an imaginary being—God is the greatest possible being that we can imagine. But in step three, we are now talking about beings that exist. The definition of “God” from the first step no longer applies. We’re switching definitions mid-argument.

2. “Greatest” is subjective. This was the lesson from the Better Than Life game. Consider a few examples: I like sugar in my tea, you like your tea straight, and the Mormon either has iced tea or avoids tea altogether. “The greatest cup/glass of tea” is not definable.

Or warfare: was the English victory at Agincourt or the Greek holding action at Thermopylae greater? Was Hannibal’s generalship greater than that of Julius Caesar? Chinese strategist Sun Tzu said that the greatest battle is the one that was avoided. So then is the greatest superhero the one who kicks the most butt or the one whose diplomacy avoids the most butt kicking?

Is the greater god the omnipotent one, or is he the one limited in power but who overcomes his limitations and nevertheless gets things done by cooperation? The Buddhist has yet another approach and will argue that the greatest being has “completely purified his mind of the three poisons of desire, aversion, and ignorance.”

The first point in the argument—“God is the greatest being that we can imagine”—is not well defined, just like there is no “greatest presidential candidate.” These are subjective categories.

At best, the Ontological Argument is yet another deist argument; that is, it argues for an unspecified deity rather than the god of the Bible. If it were convincing, the Christian would still need to argue for which god.

5. The Ontological Argument invites its negative version. If we’re just imagining things into existence, other things will come through that door.

6. Questions about existence. Philosophers for the last millennium have wrestled with the Ontological Argument with no consensus. David Hume observed that to think of a unicorn (for example) is to think of it existing. Adding a second step after we’ve thought of a unicorn, “Okay, now think of it existing,” is meaningless. The same is true of God—the idea of God is the idea of God existing, and the argument no longer works.

Immanuel Kant argued that existence is not just another property like “blue” or “has four legs” that you can imagine (or not) about something. Theologian J.W. Montgomery agreed, “If one removes all the genuine properties from something, one does not find that existence remains; existence is the name we give to something that has properties” (Tractatus Logico-Theologicus, 119).

Imagine that you’re balancing your checkbook. You’re tallying up a list of figures and then stare at your calculator. Wow, you actually have a million dollars more than you thought—happy day!

When most of us reach a conclusion that seems to be crazy, we suspect that there’s something wrong with our analysis. Wishing God into existence is one of those too-good-to-be-true arguments that demands skepticism.

Let me admit that this post isn’t thorough and can only explore the ideas behind the Ontological Argument. Eager Christian apologists through the centuries have proposed many variations, taking a discarded version and giving it low-profile tires, spinning rims, and a new paint job. If you slap down one argument, they’re sure to demand that you evaluate all the others.

Are any of these variants valid? Do they prove God’s existence? I doubt it, but think of what this says about the arguments supporting Christianity. Must you really resort to such esoteric and impenetrable arguments to show the existence of a caring god who desperately wants you to know about him?

The Ontological Argument is effective because it violates Hoare’s Dictum. It’s complicated enough that there are no obvious errors. That’s its strength—not that it’s correct but that it’s confusing.

“That than which nothing greater can be conceived”
is most likely an empty set.
Draw conclusions accordingly.
— Joel Grus

June 12, 2018
The Ridiculous Argument from Accurate Names
Next Post