The Ridiculous Argument from Accurate Names 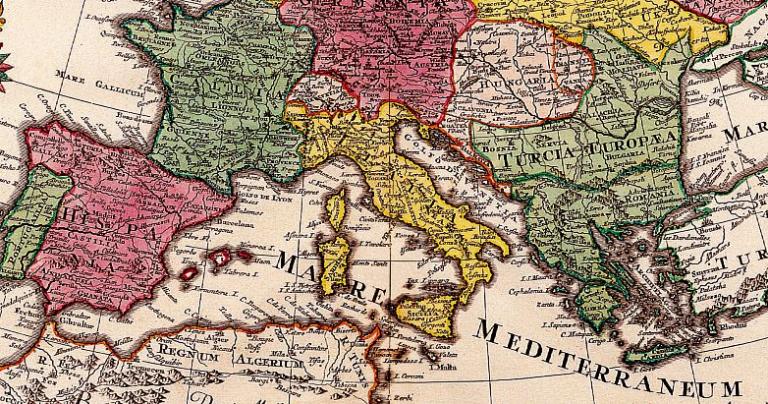 I attended a Bible archaeology seminar with a speaker who had worked on the excavation of the city of Sodom—or, at least that’s what they hoped. He argued a popular point, that biblical references validated by unbiased sources (such as archaeologists verifying that a Sodom actually existed) strengthen the Bible’s case as a historical document, and these natural claims help make the case for its supernatural claims.

Here are additional examples of this popular argument.

Near Eastern archaeology has demonstrated the historical and geographical reliability of the Bible in many important areas. (Source: E.M. Blaiklock, The New International Dictionary of Biblical Archaeology)

Archeology and historical analysis again and again show the accuracy of the events, locations and customs mentioned in the Bible accounts. Never has anybody been able to disprove any of the accounts. (Source: Rob Vandeweghe, Windmill Ministries)

The Credo House blog adds the discovery of the town of Jericho and several inscriptions that confirm the existence of biblical characters: the Pilate Stone, the House of David inscription, and the Caiaphas Ossuary.

Here’s a final example from The Case for the Resurrection of Jesus by Habermas and Licona:

In the past, the Bible has demonstrated that its accounts are trustworthy as far as they have been verified. Moreover, the Bible has never been controverted by solid historical data. Therefore, the benefit of the doubt should go to the Bible in places where it cannot be verified, when there is no evidence to the contrary, and when it seems clear that the author intended for us to understand the event as historical. (p. 31)

In short, the Bible refers to people and places that actually existed; therefore, the Bible is accurate and reliable.

Let’s step back and see what we have here. These earnest Christian apologists would like us to believe that the Bible accurately recorded the existence of locations (Sodom, Jericho, Iconium, and the pool of Bethesda) and people (Pilate, David, Caiaphas, and Lysanias).

Okay. Is that it? This isn’t hard to accept.

Issue 1. Let me first cast just a bit of doubt on archaeological finds that are both ancient (which means that our conclusions must be tentative) and lucrative (collectors demand ancient artifacts that modern forgers are eager to provide). Some well-known Bible-era fakes are the James ossuary, the Jehoash inscription, and the ivory pomegranate of Solomon. That’s not to say that other finds are fakes but that we should be cautious.

Issue 2. Archaeology says that the Exodus didn’t happen. Does that un-convince you of anything? If not, why should the verified finds convince you?

If you’re impressed by the discovery of Sodom or Jericho, remember that Troy has also been discovered. Does that give support for the supernatural claims in the Iliad? The Iliad also mentions Perseus, the legendary founder of Mycenae, the ruins of which have also been found. Is this yet more support? Be consistent.

Issue 3. If you only want to say that the Bible makes some verified historical claims and so other as-yet-unverified natural claims should also be considered seriously, that’s fine. But surely these Christians want to go further. Surely they want this to support the Bible’s supernatural claims.

I’m happy to grant that the Bible makes many accurate historical references, but having accurate names of people and places merely gets you to the starting gate. It’s the bare minimum that we demand of a historical document. You haven’t supported the supernatural claims; you’ve simply avoided getting cut from the list of entrants being considered.

Christian apologists tell us, “The Bible isn’t inaccurate in some of its testable claims!” That this counts as a apologetic says a lot for what passes for compelling argument in some Christian circles.

It is useless to attempt to reason a man

out of a thing he was never reasoned into.
— Jonathan Swift

June 15, 2018 The Ontological Argument: Something From Nothing
Recent Comments
357 Comments | Leave a Comment
Browse Our Archives
get the latest updates from
Cross Examined
and the Patheos
Nonreligious
Channel
POPULAR AT PATHEOS Nonreligious
1