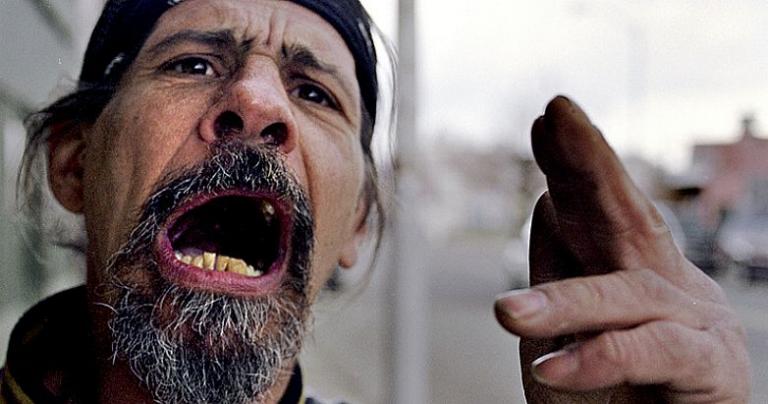 Stupid Argument #17: Failure to acknowledge the incredibleness of the Christian claim.

So you think the Big Bang just happened? And you accept evolution saying we got here by chance and life came from nonlife? That’s crazy—I don’t have enough faith to be an atheist!

Correcting the many confidently asserted scientific errors isn’t our goal at the moment. The problem I’d like to focus on is apologists expressing doubt over a naturalistic explanation when their God hypothesis—that a supernatural being created the universe and came to earth as a human and that this was recorded in history—is perhaps the most incredible explanation imaginable.

That the conclusions of science offend their common sense is irrelevant and unsurprising. If science were nothing but common sense, no one would need to spend years getting a PhD. Unfortunately, none of these science skeptics seem motivated to end their perplexity by reading a textbook on the relevant subject.

Science has given us plenty of surprising explanations—the earth goes around the sun, germs cause disease, plate tectonics, quantum physics, and so on—that aren’t on Christians’ radar only because they don’t step on their theological toes.

The plausible natural explanation always trumps the supernatural. (For a response to Geisler and Turek’s book I Don’t Have Enough Faith to Be an Atheist, click here and here.)

In the first place, many of these proud claims wither under closer scrutiny.

A study by Gregory Paul compared 17 Western countries on social metrics (homicides, suicides, STDs, and so on). The U.S. came out at the bottom of this comparison of social metrics but on the top in religiosity (more). Proving a causal link is difficult, but Paul suggests that poor social conditions cause the high religiosity, and religion remains the opium of the masses, helping people deal with their pain.

I have no interest in getting into a citation war, where you show me studies that rebut any of the points above. Select any subset of the population, and you can probably find at least one thing on which they’re better than average. I’m confident we could find one or more positive traits that Christians have to a greater degree than atheists.

But so what? “Christian belief gives benefits; therefore God” is the pragmatic fallacy. This fallacy argues that if it is beneficial, it must be true.

Perhaps I’m just old fashioned, but I first want my beliefs to be true. I think I can handle the consequences of believing true things.

Stupid Argument #19a: God’s making himself plainly known would impose on your free will.

You couldn’t then make a free choice to follow him or not. As C.S. Lewis observed about God making himself known, “[God] cannot ravish; he can only woo.”

Knowing of the existence of no one else offends my free will; why should it be different for God? Satan knows about God in great detail, and he’s still free to not follow him.

The Bible record many instances of God imposing on people’s free will. “God has mercy on whom he wants to have mercy, and he hardens whom he wants to harden” (Romans 9:18). He hardened Pharaoh’s heart (Exodus 9:12), for example, and he gave ungrateful humans over to “shameful lusts” (Rom. 1:26). “The Lord foils the plans of the nations; he thwarts the purposes of the peoples” (Psalms 33:10). Following the Ten Commandments and the rest of the 613 Old Testament laws is mandatory, which was a substantial imposition on human free will.

And these Christians will be quick to say that belief is the work of the Holy Spirit, so even coming to belief is not something we do freely.

This is a pathetic attempt at avoiding the Problem of Divine Hiddenness and celebrating faith (that is, belief without sufficient evidence). Faith serves no purpose in any other part of life and is always the last resort. Defending an invisible God and celebrating faith is precisely what Christians would do if their religion were manmade (more).

More in response to this free will argument here and here.

People send themselves to hell—don’t blame God. God is a gentleman, and he won’t impose himself on people. If they don’t want to be with him, he respects that. The gates of hell are locked from the inside.

Are we talking the same God who imposes genocide? Not much of a gentleman.

I understand the motivation to downplay the eternal torment that the loving God has planned for the majority of his greatest creation, as C.S. Lewis does with his quote above. There may be Bible verses by which liberal Christians imagine a kinder, gentler hell, but the parable of the Rich Man and Lazarus gives the traditional view. When the rich man is sent to hell, he says, “I am in agony in this fire.”

That’s one person who wouldn’t be in hell if he could choose otherwise, and Lewis’s argument fails.

July 10, 2018 How Legends Develop in Our Own Time
Recent Comments
1,397 Comments | Leave a Comment
"Of course they do, both easily outperform any public school!Absolutely, this is confirmed by the ..."
epeeist The frustration of arguing with Christians
"But you knew that.Absolutely, but at this juncture I only suspected that he would turn ..."
epeeist The frustration of arguing with Christians
"I sometimes am not able to follow up LINKS back to forums such as this ..."
vortexau A philosopher, a Hebrew scholar, and ..."
"What rot, the little I bothered to read.His posts are good examples of Brandolini's Law."
epeeist The frustration of arguing with Christians
Browse Our Archives
get the latest updates from
Cross Examined
and the Patheos
Nonreligious
Channel
POPULAR AT PATHEOS Nonreligious
1