How Legends Develop in Our Own Time

How Legends Develop in Our Own Time July 10, 2018 Bob Seidensticker 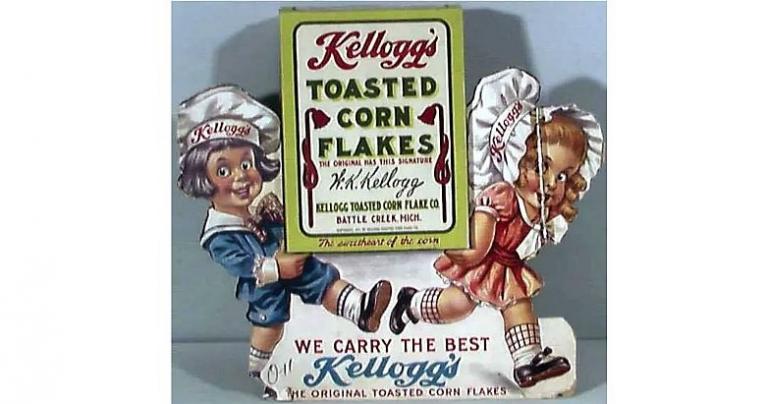 Health foods were popular in the Victorian period—foods such as Kellogg’s corn flakes, Grape-Nuts cereal, and graham crackers all came from food fads of this time—but the most interesting story might be that of Horace Fletcher, “The Great Masticator.” He advocated a low-protein diet, said that more efficient digestion could halve the amount of food a person needed, and claimed that capacity for work would increase and need for sleep decrease with his methods.

Chewing was the key. He famously warned, “Nature will castigate those who don’t masticate” and advised, “Chew all solid food until it is liquid and practically swallows itself.” Success could be measured when bowel movements (“digestive ash,” as he called it) were negligible and had “no more odor than a hot biscuit.”

At age 54, he easily performed the exercises given to the Yale varsity crew though he “had for several months past taken practically no exercise other than that involved in daily walks about town.” At 58, he beat Yale athletes on tests of strength and endurance. He said that “perfect alimentary education” would deliver to society “no slums, no degeneracy, no criminals, no policemen, [and] no criminal courts.”

Should we all become Fletcherites?

Some of these are just handwaving promises (calories halved or no criminals, for example). But some are tests with places, dates, and quotes from named professors, such as the claims of physical strength and endurance. What do we make of this?

I’m skeptical. Maybe Fletcher embellished his claims. Maybe other authors reporting on the benefits of Fletcherism were caught up in the excitement and passed on stories without fact checking. Fletcherism might have been popular, but we must distinguish popularity from the truth of health claims (astrology is popular, but that doesn’t mean that the planets influence our lives).

The biggest issue is that we’ve had a century of scientific progress since Fletcher, and no science predicts that his simple regime could deliver what he claimed. Society today gives plenty of encouragement for new eating regimes, valid or bogus, and yet nothing has come of Fletcher’s philosophy.

This is an over-the-top story about a guy a century ago that we can see through, but we’re to believe the far more fantastic Jesus story?

For starters, Fletcher makes bold claims, but they’re all natural claims. They can be tested. By contrast, the Jesus story is nothing without its supernatural parts. The “like what?” test applies here. You say Jesus is supernatural? Like what? There is no accepted precedent for the remarkable supernatural claims made about Jesus.

We have originals of Fletcher’s story, written in our own language and coming from our own Western culture. There are no copyist errors and no puzzling idioms to decipher. Contrast that with the difficulty of reading the Bible. Native speakers from millennia past didn’t provide us with Ancient Greek-English or Ancient Hebrew-English dictionaries, so modern scholars must create their own imperfect ones. Not all words are easy to interpret. For example, the Hebrew reem was a puzzle, as in this sentence: “Rescue me from the mouth of the lions; save me from the horns of the reem.” It’s now translated as “wild ox,” but the King James Version translated it nine times as “unicorn.” Scholarly theological papers are written analyzing single Bible verses or phrases.

Fletcher’s story can be explained by some combination of wishful thinking, error, deliberate lie, and legendary growth. Why wouldn’t that very unsurprising explanation apply to the gospel story as well? We don’t have the originals of the New Testament books, and an average of 200 years separates the individual chapters of Matthew from the originals, to take one example (more on this time gap here).

I’ve made a similar comparison between the claims of Mormonism and Christianity (guess which one wins), and I argue that the Jesus story is a legend here.

The Argument from History

A popular Christian argument from history goes like this: you say the historical record for Jesus is poor? We show the gospel story is true in the same way that you show that the story of Alexander the Great or Julius Caesar is true, through the historical record. You want to discard the gospel story? Then be consistent and discard the story of every great figure in ancient history.

In the first place, the evidence for Alexander and Julius Caesar is far better than that for Jesus (more here and here). And second, historians scrub out supernatural claims for historical accounts. Remove the supernatural from the stories of Alexander and Caesar (yes, there was plenty), and you have the accounts of those great men from history. But remove the supernatural from the Jesus story, and you’re left with nothing—just an ordinary, uninteresting man.

Let’s zoom out from this critique of Jesus vs. Alexander to bring in a more contemporary giant of history, Horace Fletcher. Point by point, the Fletcher story beats the Jesus story on its own criteria—shorter cultural gap, shorter period of oral history, more reliable copies, and so on. Until Christian apologists embrace the great truths of The Great Masticator, I will conclude that they are applying their standards inconsistently.

Let me pile on with more modern legends. With each one, ask yourself: if this can happen today, with our modern understanding of science, geography, anthropology, and what’s plausible, how reliable a foundation can Christianity have been built on?

God is a comedian
playing to an audience too afraid to laugh.
— Voltaire

July 13, 2018 Downsides to the Hope Offered by Christianity: Believing Because It’s Consoling
Recent Comments
116 Comments | Leave a Comment
"I started reading The Book of the Damned once. It was tedious. Fort basically collected ..."
Alonso Quixano Sifting Natural from Designed Is Harder ..."
"Paul is dead! It's Elvis and Hitler who aren't. Sheesh, you guys who claim to ..."
RichardSRussell Sifting Natural from Designed Is Harder ..."
"Arthur C. Clarke observed, “Any sufficiently advanced technology is indistinguishable from magic.”Indeed he did, and ..."
RichardSRussell Sifting Natural from Designed Is Harder ..."
"How did Peter become an Apostle?An apostle is the Greek word for messenger. He became ..."
Greg G. When Christians Treat God Like a ..."
Browse Our Archives
get the latest from
Cross Examined
Sign up for our newsletter
POPULAR AT PATHEOS Nonreligious
1