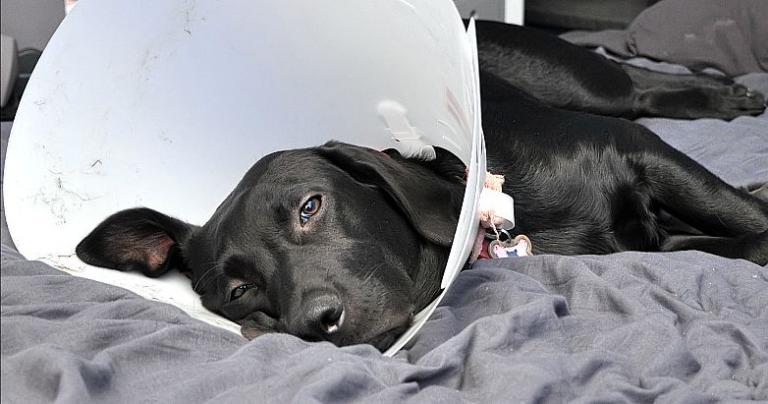 The origin of life? Of consciousness? Of the universe? If you don’t have an answer, I do—God did it!

Science doesn’t have answers to some questions, and we’ll have to be patient. But some apologists seem desperate and insistent in their search for answers to life’s riddles. This is because they already have an answer. They started their investigation with an answer.

This apparent eagerness to understand reality is simply a smokescreen. They want to shoehorn in their answer for all puzzles, and science’s answers are irrelevant. If science did come up with a consensus view of a Christian’s puzzle du jour, our Christian would simply drop the resolved issue and find a new one.

This is like the Christian offering the following bet: “Let’s flip a coin over and over, and you give me a dollar every time I call it right.” This is the Christian putting forward some scientific puzzle, because as soon as science comes to a consensus on that question, he’ll just rummage around for another one.

Don’t tell me an issue is a big deal to you if it’s not. If your faith is built on science not having an answer to abiogenesis, say, then let’s talk about it. But if you have no skin in the game and you’re simply going to move the goalposts when you lose, it’s a waste of time.

Science is the only discipline that tells us new things about reality. As just one example of well-founded science, consider that we’re communicating with computers over the internet.

Stupid Argument #20b: Science has been wrong; therefore, God.

What about Piltdown Man? The steady-state universe? The origin of the moon? Science changes its mind all the time! What kind of a reliable foundation is this?

Remember what it was that uncovered the Piltdown Man hoax, discovered that the universe is expanding, and improved our understanding of the origin of the solar system—it was science every time, not the Bible and not theologians or philosophers. Science is imperfect but self-correcting. Science delivers.

And the idea of science changing its mind all the time isn’t the way it works. In well-established science, corrections tend to get smaller. Isaac Asimov said, “When people thought the Earth was flat, they were wrong. When people thought the Earth was spherical they were wrong. But if you think that thinking the Earth is spherical is just as wrong as thinking the Earth is flat, then your view is wronger than both of them put together.”

“Tide goes in, tide goes out. Never a miscommunication. You can’t explain that.” — Bill O’Reilly

“How come I have two faucets? Hot comes out of one; cold comes out of the other. Never a miscommunication.” — Stephen Colbert

Actually, Bill, the big kids have understood for centuries how earth’s rotation and the gravitational effects of the sun and moon cause tides.

Another example of scientific cluelessness is Ray Comfort’s famous video where he holds up a banana and declares, “Behold the atheist’s nightmare!” No, Ray, the banana that God gave us was small, tasteless, and full of seeds. The sweet Cavendish banana that you held up is the result of thousands of years of human cultivation.

Ray’s “crocoduck” (his conclusion that since we don’t see a crocodile/duck hybrid, evolution is wrong) gets an honorable mention.

We all have to start somewhere. If you’re scientifically or mathematically undereducated, compensate with an open mind. Too often what I see instead is scientific illiteracy combined, not with open-mindedness, but with hubris. If your education came from the Discovery Institute, Answers in Genesis, or the Creation Research Institute, you’ve been poorly educated. Your confidence is misplaced.

The life of Jesus fulfilled 300 prophecies! The probability of just eight of these coming true randomly—that is, without him being the real deal—is 1 in 1017. Cover the state of Texas in silver dollars two feet deep and find a particular one, blindfolded, by dumb luck—that’s the equivalent probability.

We humans have a surprisingly poor native grasp of probability. Another helpful puzzle is the Monty Hall problem. Give it a try and see how you do.

Stupid Argument #22: Relying on the ignorance of your audience.

Put a single cell in a normal saline solution, and poke it with a needle. You’ve got all the elements of life, and yet you’ll never get life. Don’t tell me that evolution works!

I heard this while speaking to Intelligent Design proponent Jonathan Wells at a Discovery Institute book release event. I forgot what I asked to get this response, but it stopped me. I’d never heard this twist before and didn’t have anything to say in response.

But I do now. No biologist says that this was the step prior to this cell on its evolutionary progression, so the puzzle is meaningless. He’s right that you’ll never get life from that mixture, but no one said that you would. That cell came from another living cell and so on back through much speciation to the beginning of life on earth.

But, having a doctorate in molecular and cellular biology, Wells knew this. Why then pose this challenge? Why take advantage of my ignorance?

Here’s another example. I attended a presentation by Andrew Snelling (PhD in geology) of the Institute for Creation Research on radioisotope dating of Grand Canyon rocks (summary his argument here). He collected a number of samples of amphibolite. They were from a single layer and so were all the same age. He sent them to two laboratories for four kinds of radioisotope dating. The date results were all over the map. Conclusion: radioisotope dating is unreliable.

Only after I did some research did I discover that amphibolite is metamorphic rock and that only igneous rock can be reliably radioisotope dated.

So a geologist (who knows that radioisotope dating isn’t reliable on metamorphic rocks) gets some metamorphic rocks, has them dated, and then is shocked—shocked!—when the dates aren’t reliable. A “devastating failure for long-age geology,” as the subtitle suggests? Not quite.

Snelling counted on the ignorance of his audience, and he fooled me—at least until he could get out of the auditorium. I was not amused, and this did nothing to build support for his position.

August 7, 2018 25 Stupid Arguments Christians Should Avoid (Part 7)
Recent Comments
84 Comments | Leave a Comment
"Same for the famous verse about not letting witches to live, which has been claimed ..."
Traveller You probably don’t understand what Leviticus ..."
"So why are you here? Do you have anything to add, or are you and ..."
epeeist Is God the good guy or ..."
"Hi Outsider. Yeah I agree on Robert Sepehr, I've just watched a couple of his ..."
R Zella Is God the good guy or ..."
"Robert Sepehr touches on some interesting subjects but for some intangible reason I find him ..."
outsider Is God the good guy or ..."
Browse Our Archives
get the latest updates from
Cross Examined
and the Patheos
Nonreligious
Channel
POPULAR AT PATHEOS Nonreligious
1