I’ve Seen the Future of the Church

I’ve Seen the Future of the Church August 18, 2018 Bob Seidensticker

In 2014, I visited the famous Mappa Mundi, an oddly un-maplike map, at Hereford Cathedral in England (more here). A few blocks away is All Saints Church. The current church building was completed around 1330, about the time the Mappa Mundi was completed. After a recent restoration, the church was reopened in 1997.

As churches go, this one is smaller than those that usually capture the tourists. It is certainly smaller than the magnificent Hereford cathedral, for example. What is unusual about this church—and it’s a working church, with four masses each week—is that part of it is now a café. 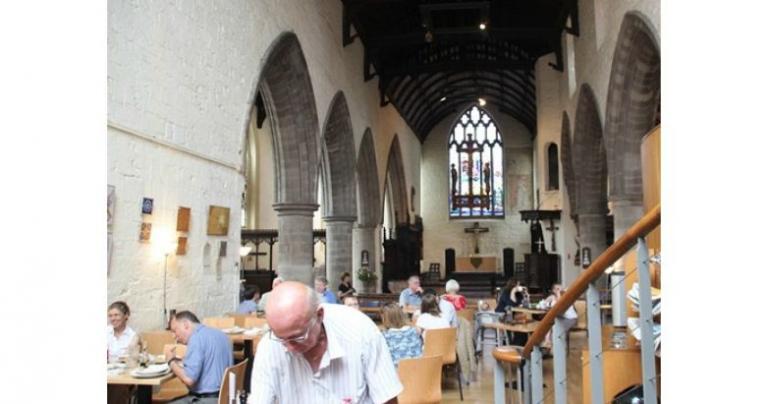 From the church’s web site:

We have played host to a variety of events, from Shakespeare to flamenco, homegrown jazz to the finest touring classical musical groups.

Jesus said, “You cannot serve both God and money” (or “God and mammon,” as the King James Version memorably translates it), but this church seems to have found a workable balance. It has found new roles as a meeting place and community center.

Christianity is always changing. At 45,000 denominations and growing (more here), it evolves faster than Ken Ham imagines animals evolved after the Flood. How must it adapt as conditions in the West change?

Harold Camping’s Family Radio is an example of a failure to adapt. You may remember Camping as the idiot who predicted the Rapture on May 21, 2011. It’s almost like he didn’t believe his own billboards, because he didn’t sell his assets even though he was telling everyone else that there would be no use for them after that date. If he had sold, there could now be a $100 million Christian foundation doing good works in the world—not a bad consolation to ease the humiliation of Camping’s being so hilariously wrong. But he held on into a world that he was convinced wouldn’t exist. The organization’s assets lost tens of millions of dollars of value, a pathetic reminder of one foolish man’s hubris and overconfidence in ancient stories.

Another option is what I’ve called Secular Christianity or Christianity 2.0, a “religion” where believers and nonbelievers would all be welcome because belief in the supernatural wouldn’t be a requirement. The focus would instead be on community, inspiration, and service. It might be a gentler landing than church buildings simply becoming quaint museums (or bookstores, markets, art galleries, breweries, event sites, condos, and more).

All Saints Church is reaching out to make peace with the secular. Maybe it’s an early adopter of what religion will become.

Progress is born of doubt and inquiry.
The Church never doubts, never inquires.
To doubt is heresy, to inquire is to admit that you do not know—
the Church does neither.
― Robert G. Ingersoll 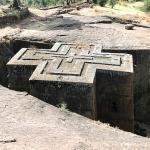 August 21, 2018 God as Donald Trump: Trying to Make Sense of Praise and Worship
Recent Comments
587 Comments | Leave a Comment
Browse Our Archives
get the latest from
Cross Examined
Sign up for our newsletter
POPULAR AT PATHEOS Nonreligious
1