5 Ways to Correct Misinformation While Minimizing the Backfire Effect 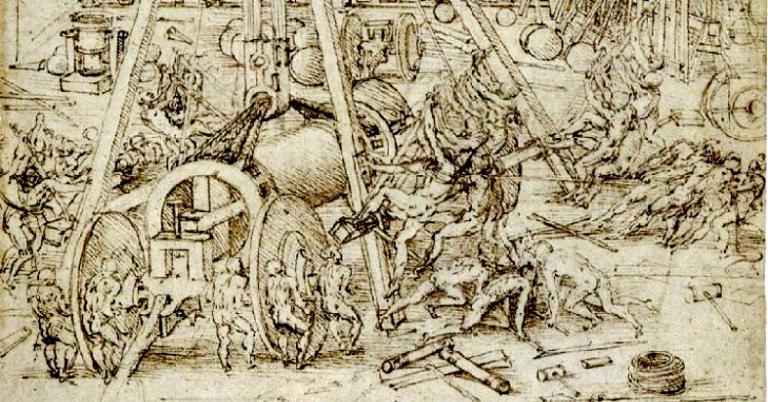 In part 1, we explored the Backfire Effect, the surprising effect of a correction to deeply held misinformation reinforcing that misinformation.

The first lesson is that the obvious path—simply providing the new information with references—is not the best when recipients could see this as an attack on their worldview. Let’s see if we can do better.

The Debunking Handbook is a great resource for understanding the Backfire Effect and how to minimize it. Their first tip is to focus on the facts, not the myth. Using “President Obama is a Muslim” as an example myth, the last thing that the corrector of this misinformation should do is give any more airtime to the myth. In other words, don’t title the article, “Is Obama a Muslim??”

It’s analogous to how to avoid trouble when driving. When bad things are suddenly happening around you, focus on the safe route through the chaos, not on the accident. And when correcting myths, focus on the truth, not the myth.

The article recommends sandwiching the myth in the facts.

There’s a debate maxim that if you’re explaining, you’re losing. That’s the genius behind the “Gish Gallop,” the technique made famous by young-earth Creationist Duane Gish. During interviews and debates, he would vomit forth a torrent of flawed but compelling challenges to evolution. Biologists interviewed with him would often take the bait and carefully explain why each was crap, but these explanations are long and boring. Gish was firing blanks, but he made a lot of noise and often made the better showing.

When correcting a myth, don’t create obstacles for your reader. A mountain of information may be too much to bother with. Make it easy to access, process, and accept. Instead of a pile of arguments, give just a few key arguments that make the point clearly and painlessly. Remember that you’re arguing against a simple, pleasing myth. Your reader doesn’t want to wrestle with a long and boring dissertation.

The basics of clear communication also apply. Use graphics when possible, use short sentences and short paragraphs, and use headings and simple language. Avoid combative language that will alienate. Be respectful and eliminate emotional language.

The journalist’s pyramid model is another useful tool. The reader might leave at any point, and you want the information to that point to be as complete as possible. Start with a broad, high-level view, and work your way down to the details.

The Debunking Handbook gives an example where three tabs on a web page allow readers to choose to read the information at a basic, intermediate, or advanced level based on their knowledge and interest.

Attacking someone’s worldview will likely trigger the Backfire Effect and reinforce their commitment to the misinformation, but there are a couple of tricks to Trojan horse the message past the mental barricades. First, putting people in a positive frame of mind—for example, by asking them to write a few sentences about a time they felt good after acting on an important value—makes a new idea less threatening. The article “How facts backfire” observes:

This would also explain why demagogues benefit from keeping people agitated. The more threatened people feel, the less likely they are to listen to dissenting opinions, and the more easily controlled they are.

Another approach is to frame a message through word choices that minimize attacks on someone’s worldview. The organizer of Seattle Skeptics once made a nice save using this approach. He was giving a talk about the 9/11 Truth movement, which argues that the 9/11 attacks were a conspiracy. He expected an audience of skeptics who accepted the official explanation, but it turned out to be an audience of 9/11 Truthers, who embraced the conspiracy. He quickly reframed his message to be more acceptable by using their approach, which is to ask questions such as, “Why do they not want you to know this? What are they hiding?”

The new Truther-flavored argument went something like this: Here’s a response to one of the popular Truther arguments. Why did I have to tell you this instead of the Truther web sites? What do you suppose they’re hiding?

Does this sound like cheating? The article disagrees: “Self-affirmation and framing aren’t about manipulating people. They give the facts a fighting chance.”

A third option focuses on the source of the flawed information rather than the consumer. Make it hurt to spread misinformation. Increase its reputation cost. For example, FactCheck.org is one organization that tries to hold politicians to a high standard.

You may need to focus your message on the winnable subset of the audience. The curious, questioning, or undecideds may be reachable, while you may have to write off those who have no interest in listening to threatening new ideas.

Don’t simply eliminate the myth in someone’s mind. An incomplete model—that is, a model of how things work with the myth crossed out—causes discomfort. The human mind prefers an incorrect model to an incomplete one. Quickly fill that hole with the correct facts, neatly packaged to drop in as a replacement. With a few sentences, show how this corrected model explains the facts better.

To help pry out the myth, you may want to highlight the techniques that made the myth seem plausible—perhaps they used experts who weren’t experts or cherry picked the data. Also consider exposing the agenda of whoever is pushing the myth.

5. Avoid a combative posture—be partners instead

Instead of an “I’m right and you’re wrong” approach, go into the discussion seeing it as a partnership, with both of you trying to figure out the right answer.

Am I worried that Christians will improve their arguments with information in this post? Not at all. When all communication is clearer and biases are avoided, I win. A clearer atheist position will even more strongly beat a clearer Christian position.

Education is a condom for your brain.
— seen on the internet

September 26, 2018
God as Donald Trump: Trying to Make Sense of Praise and Worship (part 5)
Next Post

October 1, 2018 God as Donald Trump: Trying to Make Sense of Praise and Worship (part 6)
Recent Comments
81 Comments | Leave a Comment
"He's using a doppelganger argument to try to lead someone's thoughts somewhere. I could speculate ..."
KahunaTomato Soft Theism: Do Living Things Have ..."
"Right."
Michael Soft Theism’s First Cause Argument (its ..."
"You are right. This stuff from Wisdom Speak is one of the reasons that I ..."
deb Contradictions in the Resurrection Account
"don't you see that the person who said it is telling you it was not ..."
deb Contradictions in the Resurrection Account
Browse Our Archives
get the latest from
Cross Examined
Sign up for our newsletter
POPULAR AT PATHEOS Nonreligious
1