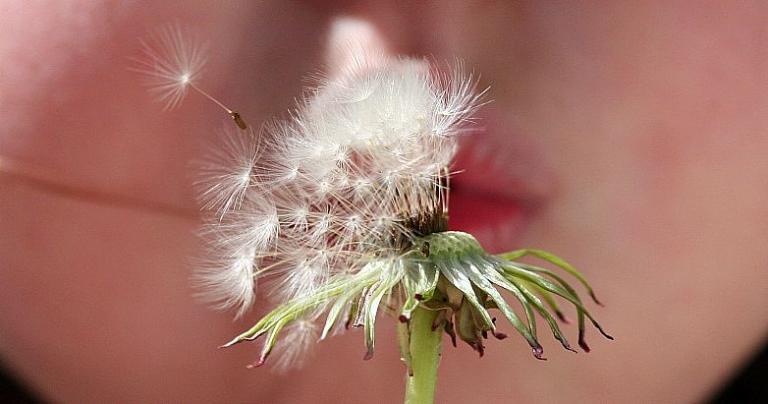 Creatures are not born with desires unless satisfaction for those desires exists. . . . If I discover within myself a desire which no experience in this world can satisfy, the most probable explanation is that I was made for another world.

Lewis was popularizing a concept that theologians have expressed for centuries. John Calvin referred to the sensus divinitatis—a sense, not of the environment like sight or smell, but of God. Blaise Pascal proposed a “God-shaped vacuum in the heart of every man.”

This apologetic is easy to understand and has an intuitive appeal, but it fails under closer inspection.

1. Why do we fear death? If our inclinations are a reliable instinctual pointer to the supernatural, then why the fear of death? If we instinctively know that there is a god and an eternal place for our soul to live after life on earth, humans should differ from other animals in having an ambivalence about death or even a longing for it. We don’t.

2. The puddle problem. Lewis imagined that hunger points to the existence of food, but it’s the other way around. Consider Douglas Adams’ puddle, which marveled at how well-crafted its hole was: “Fits me rather neatly, doesn’t it? In fact it fits me staggeringly well; must have been made to have me in it!”

Lewis’s error is the same as the puddle’s backwards thinking. We don’t notice hunger and then conclude that food must exist; rather, creatures need food to survive, and evolution selects those that have a hunger to successfully get it.

3. Desire for God isn’t an innate desire. If the desires for food, water, sex and other basics are never fulfilled, the human race dies out. The “hunger” for the supernatural has nothing to do with survival. Lewis doesn’t show that this very different desire for God logically fits in with the fundamental desires necessary for life.

4. This is just a deist argument. If you find this argument compelling, this should point you to deism. Like many other arguments, this one only claims that there is some anonymous clock maker behind the universe. There is nothing here to argue for the Christian god over any other god or supernatural pantheon. (More here.)

If you argue that this god desire actually does point you to the Christian god, you must explain the myriad ways God belief plays out in practice. And why would the Christian god give you a vague sense of some sort of celestial clockmaker instead of pointing our desire specifically to him? What we see instead is that the specifics of god belief are just a local custom. (More here and here.)

5. Consider what else comes along with the argument. C. S. Lewis said, “It would be very odd if the phenomenon called ‘falling in love’ occurred in a sexless world.”

And would it also be odd if the phenomenon “belief in magic” occurred in a magic-less world? It’s not odd at all, because that’s the world we’re living in. Belief in magic is still widespread and was even more so a few centuries ago. We in the West shouldn’t be too smug that we’ve largely turned our backs on magic, because our thinking is still influenced by superstitions and evidence-less beliefs in things like coincidences, fate, and homeopathy.

We don’t need to puzzle over falling in love, because we know that love and sex exist in our world. But, despite Lewis’s efforts, the God belief looks like just another human belief poorly grounded in evidence.

7. What is “innate”? Proponents of this argument list fundamental innate physical needs and drives like food, drink, sex, safety, and sleep. They may also throw in higher-level desires for beauty, justice, knowledge, friendship, love, and companionship.

The skeptic can retort with demands for Aladdin’s lamp, Shangri-La, or superpowers. Because they’d be great to have, does that mean that they exist? To avoid this, the apologist may distinguish between innate desires (the first sort—things that actually exist) and contrived desires (the second).

Let’s work with that distinction. In several ways, God desire does not appear to be innate.

7a. The category of innate desires is those things for which there is a clear target of the desire. No one doubts that food and drink exist, but there’s plenty of doubt about superpowers. (Guess which bin God desire fits into.)

7b. Everyone must satisfy the needs of hunger and thirst. Not everyone finds satisfaction for a God desire, and not everyone even has such a desire. The apologist may respond that that might also apply to the higher-level desires such as beauty and justice, but this only makes the innate category seem more arbitrary.

7c. Another way of seeing the innate/contrived distinction is that the innate desires (for food, sex, and companionship, for example) are those we share with other social animals. Since no animal desires God, why call that desire innate?

8. Don’t let your desires run away with you. We must be skeptical of fluffy arguments guided by desires.

Even C. S. Lewis himself argues against trusting too much in desire and Joy because the sane, rational person must be very suspicious of where moods and emotions might lead: “Unless you teach your moods where they get off, you can never be either a sound Christian or even a sound atheist, but just a creature dithering to and fro, with its beliefs really dependent on the weather and the state of its digestion.” The C. S. Lewis of this passage would insist that we regard our inner states, including desires and Joy, with suspicion if not discount them entirely. (Source: About.com)

Searching for the best spin on this argument

If the list of innate desires were 10,000 long, the apologists’ argument would have some weight. They’d say, “Every single item on this enormous list is a desire for which we know that a corresponding target exists! The only question left is our yearning for god. How likely is it that this one thing is a counterexample?”

But even with the cerebral desires (justice, love, etc.), the list of innate desires is maybe a dozen items long. At its foundation, this is a weak argument. And given the problems highlighted above, the argument no longer has credibility.

God belief is a poor fit as an innate belief, but here’s a better comparison. Wishful thinking in religion is like wishful thinking in the health and beauty aisle, or in diets, or in end-of-life care. What’s the loss of a little money when you could look better, be thinner, or live longer? Hope springs eternal, in religion as in more mundane areas. It’d be great to look younger or more fit, and it’d be great to have an all-powerful Friend looking out for me. That doesn’t make it true.

As with claims for cosmetics and cure-alls, we must be skeptical.

In the factory we make cosmetics;
in the drugstore we sell hope.
— Charles Revson (founder of Revlon)

August 31, 2018
Fallible Memories and the Development of Legend
Next Post